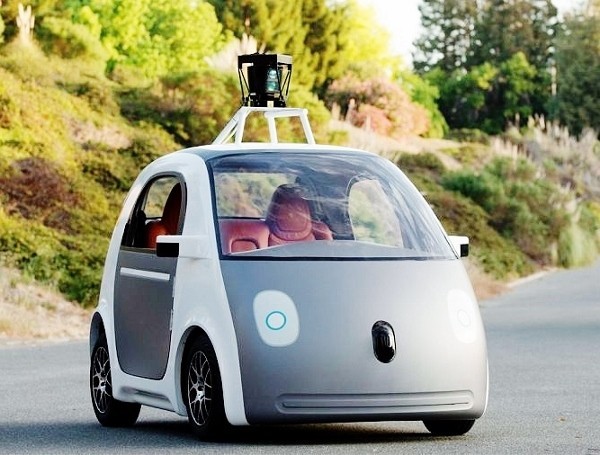 The time has obviously come, depending on whom you ask, to take driving out of the hands of drivers, who text, talk, apply makeup, shave, play air guitar, argue, read books on the steering wheel and more and while drunk, stoned, angry, bored, tired or otherwise unfit to navigate 3,000-plus hunks o’metal. Driverless cars are getting more and more press, but they’re hardly “new.” It was 6 years ago at the Greenwich Concours d’Elegance when a Volvo rep and I climbed into a prototype, aimed toward a brick wall and I followed his directive to “floor it.” About 20 feet from the wall, he said, “Ok, now take your hands off the wheel and put your hands over your eyes.” I’m here to type about it, so you know it worked out well – the Volvo stopped the car from hitting the wall whether my foot was on the gas or not. Not long after, in midtown Manhattan bumper-to-bumper traffic, my test Benz mistook itself for my mother and jammed on my brakes even though I still had a good amount of space between me and the car in front of me. 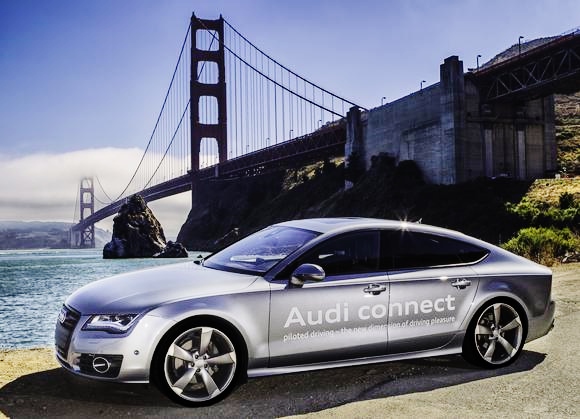 Google’s long been touting their driverless car, but it’s still years away from market. In the meantime, Audi, BMW and Benz have publicly jumped into the game using the same basic concept but with radically different execution. Audi recently announced it’s become the first automaker to be granted a permit from the state government to test its self-driving cars on California’s public roads, so here they come. The main difference is Google’s car – the prototype, anyway – is a cutesy-wootsy egg-shaped thing. The Germans are determined to mach schau and provide upscale, stylish, no-nonsense vehicles nobody’s going to giggle at and, most significantly, will perhaps get people to open their wallets. What will probably happen is that features of driverless cars, such as my abovementioned Volvo experience and the midtown fender-bender avoidance will become more and more common on upscale cars until finally everyone’s comfortable enough to turn at least a few of us loose on the road without having 100% control of the wheel, brake, gas and parking.