As a correspondent and weekend anchor for the wildly popular news show Inside Edition, Diane McInerney has been around the world, trained with Navy Seals and covered the 2011 royal wedding. But every night, this talented journalist returns to her yellow colonial home on the North Shore of Long Island.

McInerney, 42, lives with her husband Edward Palermo, a criminal defense attorney, and the couple’s two daughters. “Becoming a TV reporter was a trajectory that never crossed my mind,” McInerney recalled, sitting barefoot on her living room couch as her elderly English bulldog Sophia snored loudly nearby. “I just like telling stories… I think the only thing I had was a desire to be a reporter and the determination to make it happen.”

McInerney traces her success back to the work ethic her parents instilled in her as a child. She grew up in Richmond Hill, Queens. To save money on rent, her father, a carpenter at Macy’s, acted as the superintendent of their building. Summers for the young McInerney were spent on her grandparents’ farm in Ireland where she, along with her dozens of cousins (her father is one of 13, her mother of 15), milked cows, fed chickens and cleaned up after the pigs.

“I tell my kids these stories and they don’t believe me,” she said. “It was fun.” 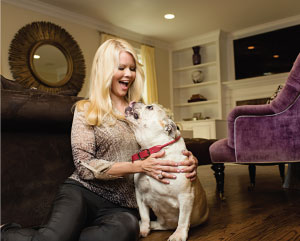 She graduated a private Catholic high school and then moved on to St. John’s University where she finished with a degree in communications. After dabbling in the world of public relations for two years, McInerney met some journalists from LI News Tonight at a fundraiser. LI News was a basic cable program run out of the New York Institute of Technology campus. The show offered journalism training and internships as well as college credit.

“As the saying goes: ‘If opportunity doesn’t knock, build a door.’ I quit my PR job and joined the LI News Tonight team.” McInerney, then 25, enrolled at NYIT full-time and moved back in with her parents. She spent weekends working at the Pace Wildenstein art gallery in New York City to make ends meet. Realizing that it would take at least a year to make a tape to send out to networks, McInerney began showing up at the office every day of the week and honing her talents in a variety of positions from anchor to video editor to camerawoman. After six months, she had enough clips to send out to news stations, which she did… on Betamax. Shortly thereafter, she received her first break when a Fox affiliate in Georgia offered her a position.

McInerney’s first stories coincided with the floods that swept through Georgia in 1998. Quite an adventure for the young journalist who “took boats down the street to cover those stories.” The flood stories ended up becoming national news and the Georgia affiliate worked with the national Fox team, including anchor David Shepard Smith. (Smith is the current host of Shepard Smith Reporting.) Despite the national spotlight, McInerney learned that no matter how big a story is, news is a team effort.

Working at the local news station was a “baptism by fire.” Each weekend, whichever reporter was on duty would take home a scanner and listen for police chatter. The more chatter on the radio, the bigger the story was. Reporters memorized the police codes for murders and robbery. If a big story broke, “It was your job to cover that story at one o’clock in the morning.” One of the first times McInerney brought home the police scanner, she heard a large amount of chatter and after driving the news van out in the middle of the night, she ended up covering her first murder.

Back home for a short Christmas vacation, McInerney walked a tape into the headquarters of News12—a bold move for someone with only a year of experience. Two months later, she got a call that there was an opening for a freelance position. Drew Scott, then editor, couldn’t promise much more than one gig a day, but McInerney once again took the chance.

She moved into her parents’ house (again) and the first day she anchored the news, John F. Kennedy Jr.’s plane went missing. McInerney and her co-hosts broadcast around the clock as the frenzied search continued. “We were hoping and praying that they would be found safe,” she recalled of the tragic day. 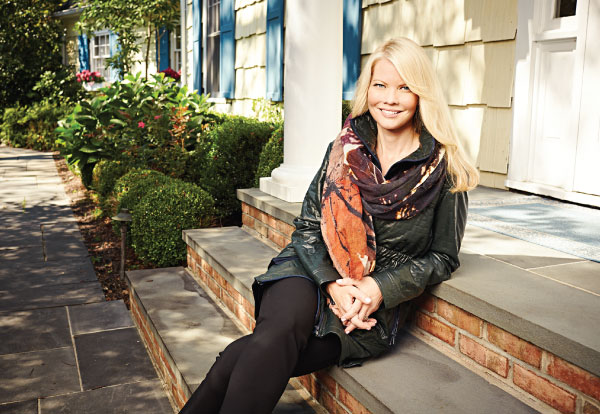 After proving her mettle, McInerney was hired full-time at News12 where she stayed for a year until she was offered a job at Fox. After a year at Fox, she heard from Charles Lachman, executive producer of Inside Edition. Lachman said as soon as he saw McInerney on Fox, he knew he wanted her for his show.

“To me she epitomized a young savvy New York reporter,” he recalled. “She had a delivery and charm that was magical. There’s some indefinable magic that great news people have. It’s hard to put words to it but when you got it, you got it. And she’s definitely got it.”

McInerney moved to Inside Edition in 2003. She now helps write several segments every week and hosts the weekend edition of the show. The program is the longest-running syndicated news magazine show on the air and despite all the changes in the news world Inside Edition is always near the top of the charts.

Most evenings McInerney manages to make it home for dinner as the show tapes live at 3pm. The New York version airs the next day with an additional update.

McInerney cites two favorite moments from her tenure at Inside Edition—both involving her kids. The first was the segment she did on the royal wedding, which her daughters watched with glee from their home. “They thought it was like Disney princesses,” she explained.

The second was when she brought the camera crew from Inside Edition to her daughters’ school for career day. Both of her daughters attend public school and McInerney is a proud supporter of the public education system on Long Island.

“Enrolling our children in public school has provided them with optimal choices for early childhood learning in addition to a wonderful sense of community. Our children are our world and their happiness is our top priority. Our kids love their school!” Of course, Both girls made their own Inside Edition debuts early during a special segment when the show visited McInerney in the hospital after giving birth to Olivia.

McInerney said that she holds dear a principle that Lachman once shared with her. “You’re only as good as your last story,” she said. “So make sure your story counts.”