Friendship. Self-Confidence. Trust. Not the words expected when you ask a group of 8th-graders what they like the best about their school running team, but then the Pacers at the Green Vale School in Old Brookville isn’t a typical running team. It’s not even a team.

Five years ago, Jen Moreano started a girls’ running and empowerment club with two of her colleagues. Called the Pacers and now under the direction of Moreano, Cami Gallagher, Sarah Jones and Emma Brandt, the club meets every Friday for 10 weeks in the fall. The girls train to participate in a 5K run at Sunken Meadow State Park in partnership with a Strength for Life fundraiser. The run takes place the weekend before Thanksgiving, but the Pacers are about much more than just training for a race.

“In 4th-grade my mom signed me up without asking,” Katherine, an 8th-grader said. (Last names are being withheld at the request of parents) “I was really upset.” 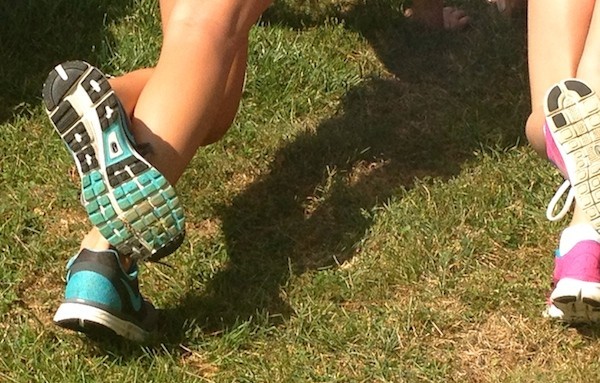 Until she had that first session.

“It doesn’t matter how fast you run, it’s not just running it gives you self-confidence,” Katherine who has been a part of the club for four years, said.

The club isn’t simply running. There are guest speakers, past speakers having included Kate Dillon and Amy Palmiero-Winters, and smaller breakout sessions within age appropriate groups where the girls discuss everything from body image, to peer relationships to shopping.

They’ve created a family. Katherine and the other 8th graders, many of who were the first to participate in the club, leave the school at the end of year and they can’t stop talking about the family the club created. 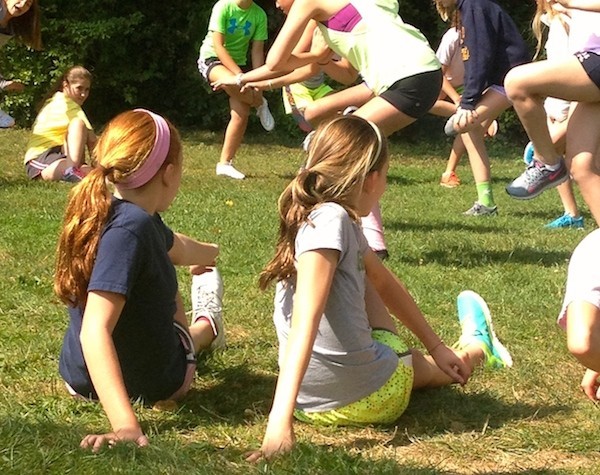 “You have the ability to open up to people here,” Alice said. “Every time I leave here I’m smiling.”

“It’s not all about running,” Lindsey added.

The Pacers became a sanctuary for the girls. Whether from difficulties at home, moving to a new school or low self esteem.

“We talk, and you don’t feel like you’re not good enough, it’s so nice to trust in yourself,” Delaney said.

Each Pacer pairs up with another Pacer for the season. Normally an older student with a younger student in a way that helps them make new friends and gives the younger students a face in the upper school. The club includes 4th to 8th graders. Now the older students, the girls said they remember how awesome it felt to be a young student with a connection to the upper school and they’re enjoying how special their younger Pacer buddies think they are simply because they’re older.

They’re special not just for being older but a lot of reasons, which is one of the things, the Pacers coachers seem to be successful at instilling in the girls.

“You connect with other kids, and you always feel so good about yourself,” Josie said.

The theme of the club this year is Like a Girl. In one week’s breakout session the girls were watching an Always commercial about what it means to do something like a girl. They talked about how they should be proud to be a girl at school, at home and when they run.

And then they went outside and ran like girls.