When teaching artist Heather Van Velsor Thorgersen woke up Mother’s Day morning 2012, she found the first scene of a play sitting next to her as a gift. The gift came with an obligation.

“I wrote the first scene, but she had to help write the rest,” Shawn Thorgersen of the company ThinkBIG! Theater Arts said.

Shawn an English teacher at the Schechter School of Long Island in Nassau County and his wife Heather a teaching artist had wanted a way to put together their backgrounds for years. Really since they met at St. Joseph’s College when Heather auditioned for a play Shawn wrote.

“I have a writing background, she has an artistic background, why don’t we put them together we thought” Shawn said. 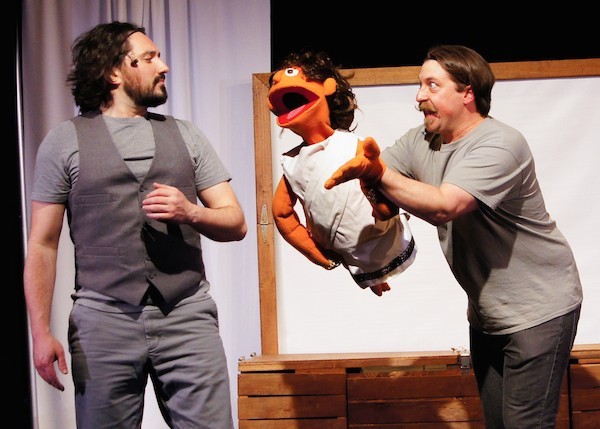 Together the two created “MYTHOS,” a musical based on four Greek myths. The educational musical is geared towards families with children ages 5 and up. It begins with a live-hand puppet called, Boy, arriving to start his apprenticeship as a poet. Boy realizes that the stories in Greek mythology that he’s telling are all sad and the play follows four famous Greek myths as Boy explores whether it’s better to tell the truth even when things don’t always end well or to tell a happier story.

“It’s really about getting the families to engage and continue the conversation,” Heather said.

There are lessons for everyone in the performance. 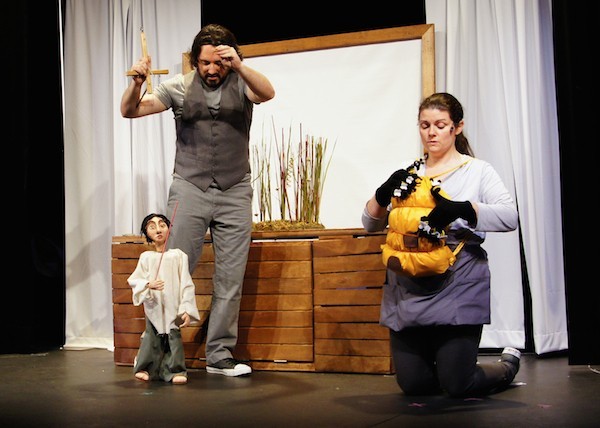 But it’s not just children that will find lessons in “MYTHOS.” In the Daedalus and Icarus story the boy has ADHD and the father gets annoyed with his lack of attention.

Shawn and Heather spent much of the winter and spring of 2013 writing MYTHOS.

“I would pick it up, put it down, do something else,” Heather said of her Mother’s Day gift. “Finally he said it’s date night we’re going to write.”

The wrote in the village center in Port Jefferson eventually doing readings and then submitted it to the New York Children’s Theater Festival where it was accepted and premiered this past May. This October they take the play to the Philadelphia Museum of Art and then follow it up with an Oct. 17, PTA performance at Saxton Middle School where they hope to get more schools on Long Island involved. 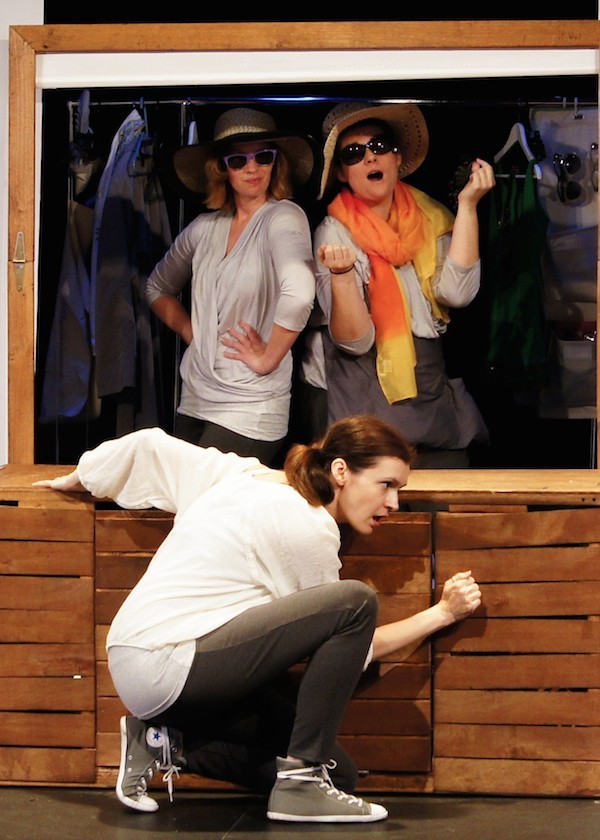 They’ve come full circle from their days at St. Joseph when for her senior thesis Heather created a summer camp program and auditioned in Shawn’s play, it was the start of ThinkBig!

“We like to say if you have an idea, take it to us and we’ll help make it a reality,” Heather said of the theater arts company.

Their own big ideas will continue with a second play called “Sue Ology and the (Possibly) Haunted House,” which Shawn wrote as a science based story where a girl moves into a haunted house and has to do experiments to keep her younger brothers safe.

“Every experiment is done in live time,” Heather said.

For them it’s all about learning and art having a place in schools.