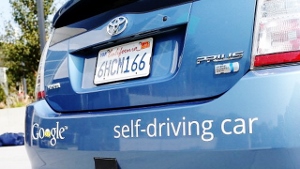 Many people buy an S.U.V. in the hopes that they’ll fare better in the event of a crash. But cars of the future, equipped with software automatically programmed to hit something more able to take the brunt of a crash than the smaller object next to it, behind it or in front of it, may bash into an S.U.V. minding its own business rather than the compact car that’s weaving in and out of lanes if a crash cannot be avoided. The concept is not far removed from military weapons capable of making “smart” strikes, which inevitably though not intentionally hit schools, hospitals or civilians by mistake. The smart crash concept in theory prevents injuries and fatalities, but is it fair that someone who buys an S.U.V. does so knowing that their ride is first target of choice when other drivers lose control of their vehicles through mechanical failures and/or driver inattention or ineptitude?

Noah J. Goodall, Ph.D., P.E. research scientist at the Virginia Center for Transportation Innovation and Research, is an expert on the ins and outs of robot cars. “When you add automation into the mix of driving and a crash happens where your vehicle ‘chose’ to hit one thing and not another,” he said in a telephone interview for Long Island Pulse, “You have to defend why you did that. Part of my job is to articulate what the long term effects of this software might be, anticipate problems and hopefully solve those problems.” 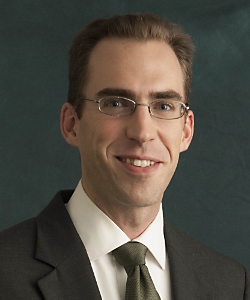 Another big subject is whether or not the software can determine the difference between a human being and, say, an animal when choosing what to run into. “The software’s not completely accurate,” Goodall says. “Sensors are getting close to be able to tell the difference between a deer and a person, but we’re not there yet.” The sensors are also unable to tell if a human being is in their teens or someone in their 90s. That’s a slippery ethical slope because we like to think of all life as sacrosanct, but in truth, a younger person is more valuable to society at large – or at least to marketers, corporations and advertisers – than someone who has lived most of their life.

The software will, however, be able to tell the difference between a motorcyclist wearing a helmet and one without. The sensible thing for a robot to do would be to hit the guy wearing a helmet as he has a better chance of survival, but what’s happening is the guy wearing the helmet is actually increasing his odds of injury or death because of the very means he’s using to protect himself.

It’s an exciting time, Goodall says, but he also concedes we’ll never get fender-benders down to zero, software notwithstanding. “As long as you want to go above, say, 30 miles per hour,” he says, “The crashes will occur.”