I’ll give “The Walking Dead” this much, each season it sure knows how to make an entrance. The latest premiere for season five was the most watched single episode in the history of cable television. That is a pretty impressive feat that certainly justifies the early renewal for season six that the show received last week. Unfortunately, I think this may send the wrong signal to the producers, namely that they are doing something right. 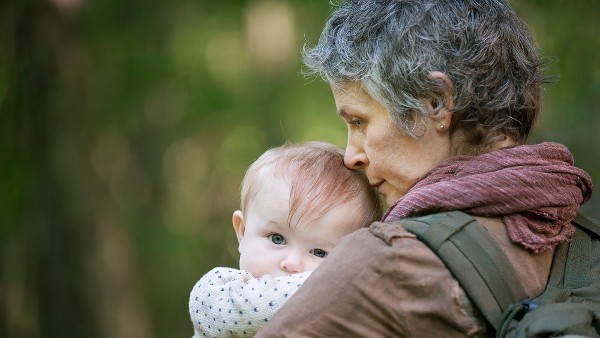 Basically, I think the show has been falling apart ever since the end of its spectacular first season. The show began with six superb episodes, but then they had two huge misfires. Showrunner, and exemplary filmmaker, Frank Darabont was fired and the episode count was increased. Darabont’s vision for the show, at least the taster we got in the first season, made for a compelling show and there didn’t seem to be a wasted hour. It may have differed from the tone of the comic book source material somewhat, but it was far preferable to the meandering mess we now have. 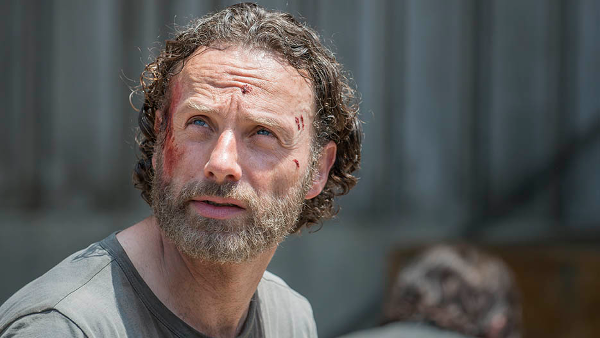 Again, each season starts of strong and cranks up the drama, suspense and intrigue. But then that sharply declines and by the third episode we wind up with a bunch of people lamenting their situation while dealing with some sort of banal crisis over the next half dozen installments. Usually something huge and game-changing happens for the mid-season break, wherein one or several main characters die horribly and tragically. Then we rinse and repeat the formula until the final moments of the season where, finally, something else happens. 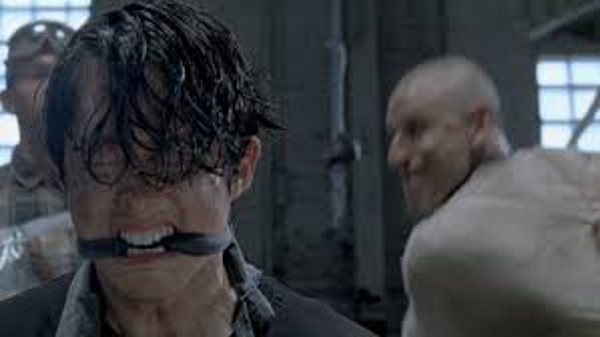 There is no dramatic balance, it’s either stress times eleven or a yawn-fest and I feel sixteen episodes a year is the main problem. Half that number would maintain the tension throughout the season and make for much better pacing. It seems, based on the panicked posts rampant on social media that the massive audience that the show pulls is only really tuned in to see if a main character gets snuffed. Not much about the actual storylines, what there is of them, is ever discussed. Actually, there is one other point that gets discussed and is yet another problem for the show. 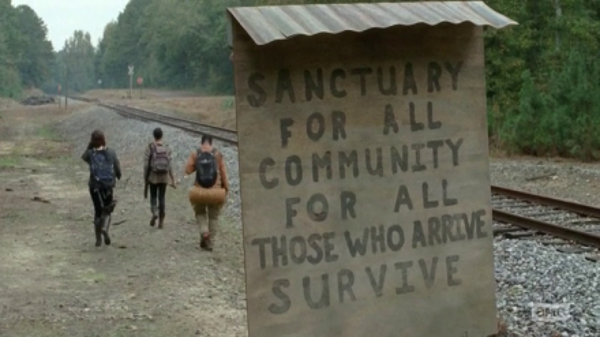 Apparently, in the zombie apocalypse the only morally righteous people left on the planet are our main characters. It seems the rest of the world consists of a series of “Saw” sequels in that any other group of survivors is an ever-increasing bunch of amoral monsters. With the camp encountered in the season five premiere the show has just flat out given up even trying to argue any sort of ambiguity and gone straight for the ultimate in depravity. 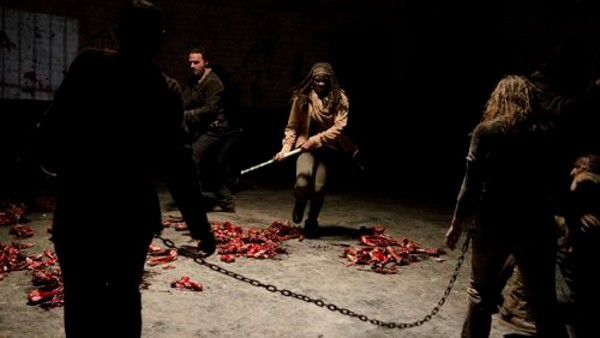 If there was even a small hint that Rick Grimes and company had learned from their last three or four encounters, there might be a glimmer of hope, but, no, the characters remain as clueless as ever. I suppose there is something to be said about the group of good guys finally being reunited by the end of the episode, thus rectify the grievous error of the second half of last season. 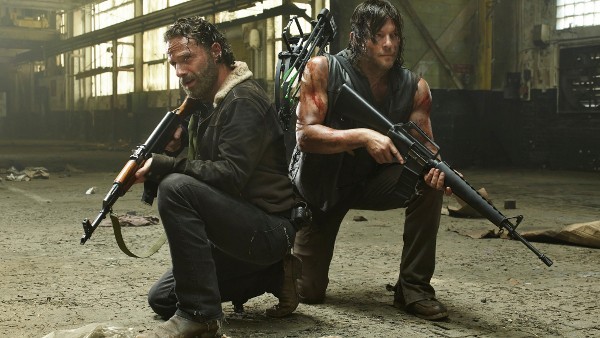 A bonus scene after the closing credits hints at something possibly very cool. However, and I know I’m in the miniscule minority here, I fear that we’ll be back to meandering and meaningless until a shock-filled midseason finale in November.