Pizza is simple. Dough, cheese, sauce, but how those ingredients come together is complicated. The perfect pie is a mix of crispy and soft crust, just the right amount of sauce and bubbling cheese. Getting that result takes craftsmanship, art and science.

October is National Pizza Month, because well, we always need another food holiday, and pizza needs a whole month. Just look at the numbers. On any given day 13 percent of the American population is consuming pizza, there are 9,000 pizzerias in New York state alone, the home of the first pizzeria and about 3 billion pizzas are sold in the US each year.

“It’s one of the few perfect foods,” Brad Kent executive chef of Blaze Pizza said on why pizza has such a hold on American culture. “It’s umami, that comforting flavor of home, dough, tomato, meat toppings, cheese, not a lot of food has all that going on and it’s sensory the smell of baked bread, meats roasting, the textural elements of crunch and chew.” 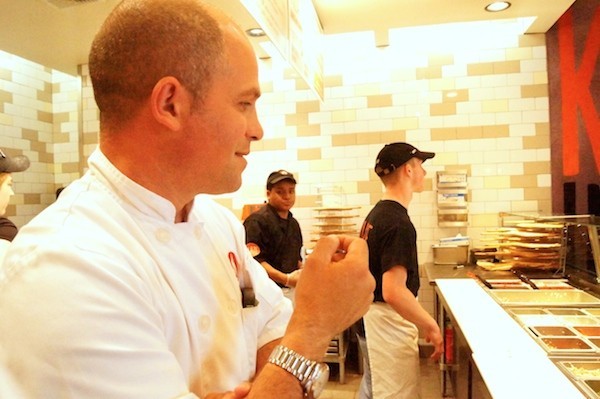 Kent grew up cooking at home and admits he use to cry at restaurants when the food didn’t taste good. After a roundabout career path that took him from coast to coast and even down to Panama as the chef on a boat, he began to specialize in pizza cooking eventually opening up Olio Pizzeria & Café in Los Angeles and then becoming the food guy at Blaze Pizza’s growing franchise of restaurants.

“Why pizza? I love the intensity of pizza equipment and I’m impatient,” Kent said. “I like to see the fruits of my labor and you know immediately if you’ve done well with pizza, the dough rises, the cheese bubbles.”

But for a self-proclaimed inpatient guy, Kent has a ton of patience when it comes to finding ingredients, which he says is the secret to a great pizza. 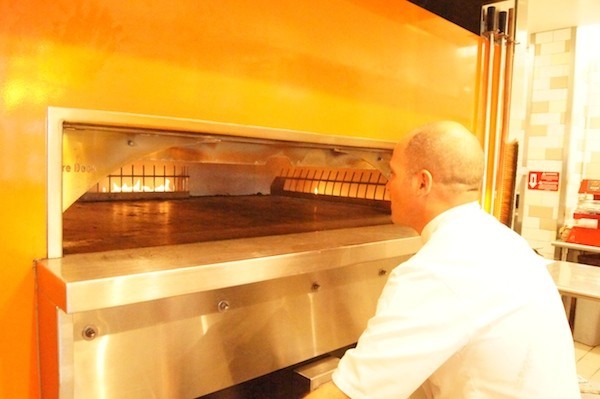 Blaze Pizza restaurants all have the same ovens

“You need the right cheese the right dough and the right sauce for your oven,” Kent said.

As the executive chef at Blaze Pizza he makes sure each Blaze Pizza restaurant has the right quality ingredients. He’s gone to California to see where the olives are grown and followed the process from their growth to picking, to processing, to packaging as the olive oil he uses. He’s done the same with the tomatoes that become the sauce, some of the cheese and created the recipe for Blaze’s pizza dough. Not what you’d expect from a chain restaurant but then Blaze Pizza isn’t a normally chain.

“It’s a micro environment,” Kent said. “The pizza is uniquely Blaze with an authentic hand finish, we make the sauce, make the dough.”

With a background in food science Kent tries to keep everything at each location as close to the same as possible. Each restaurant even has the same wood oven, cooks the pizza at the same temperature and Kent said he would like it if they all kept the air temperature inside the restaurants the same. Sometimes things come up, however, like the dough recipe for Blaze Pizza’s West Babylon eatery was adjusted, because Long Island has soft water.

So what’s the secret to a good pizza at home? Well Kent is a purist. He thinks pizza should be dough, cheese and sauce, although he says Blaze is all about people doing their own thing even if that’s BBQ sauce. 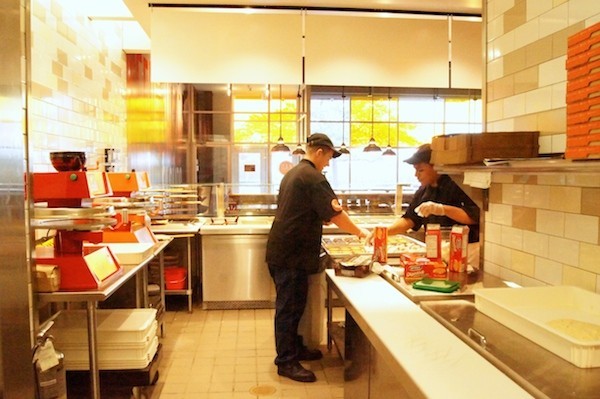 Kent stresses using quality ingredients and the right ones for your oven and the biggest tip he has is restraint.

“It’s tempting to overload a pizza, don’t do it, there’s always tomorrow for another one,” Kent said.

His rule is sauce and cheese plus three other ingredients. He suggests cutting the cheese, no shredded cheese, into large cubs so it will melt slower. The best cheese is a blend of mozzarella and cheddar, Kent said. Pre-cook vegetables to cook off the water, put the meats on in small dices to let the oil off slowly and always pre-heat the oven for 45 minutes to an hour.

Here’s Kent’s recipe for one of Blaze Pizza’s signature pizzas. It’s the closest to the margherita they have. Purist. 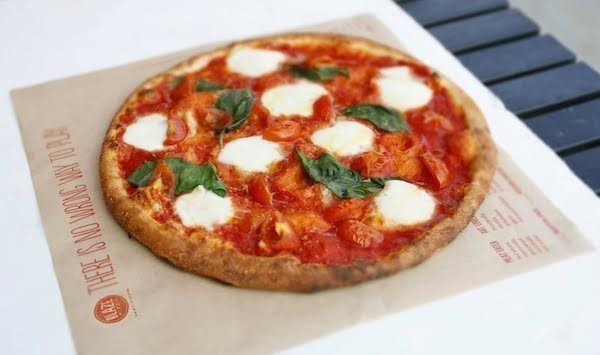