Jenny Fisco fell in love with the idea of a mobile boutique during the spring of 2012.

“I have a friend from San Francisco, California who started hers back in May 2012,” Fisco said. “I fell in love with the concept.”

This past July her mobile boutique Gypsy a Go Go officially launched and Fisco can now be found cruising her truck around the streets of Brooklyn and Queens out of which she sells an electric mix of items including handmade jewelry from around the world, leather handbags and clothing.

Fisco is part of a still small but growing number of entrepreneurs saying goodbye to brick and mortar stores. Back in 2011, when the West Coast Mobile Retail, now the American Mobile Retail Association, originally formed they had five members. There are now 103 members of the American MRA in North America, including three in Canada according to Stacey Jischke-Steffe co-founder and president of the American MRA. 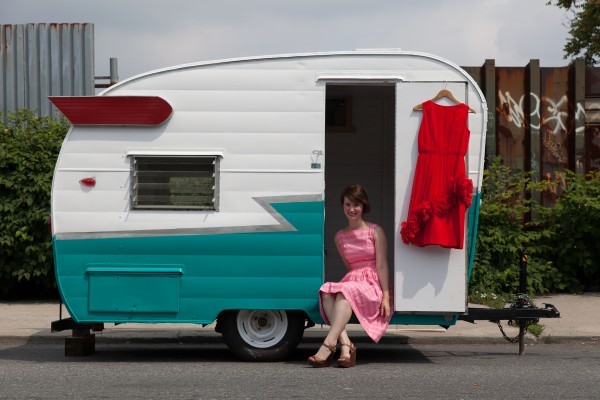 Laura Lanz-Frolio outside of her mobile truck La Poubelle Vintage
“The numbers are growing quickly,” Jischke-Steffe said. She estimates there are at least 500 mobile boutiques in the United States along and said the American MRA consults with about 25 aspiring mobile boutique owners each month.

For Jaime Dormer and her boyfriend Adam Lodynsky starting Coast-to-Coast Mobile Vintage Shop in 2013 was a way to escape the day-to-day grind while exploring new areas of the country.

“I had wanted to own my own shop since high school, and Coast to Coast Vintage came about as a way to make money doing something I love while exploring new areas of the country we had yet to see,” Dormer said.

The two now spend their time bringing their truck to different areas of the country. 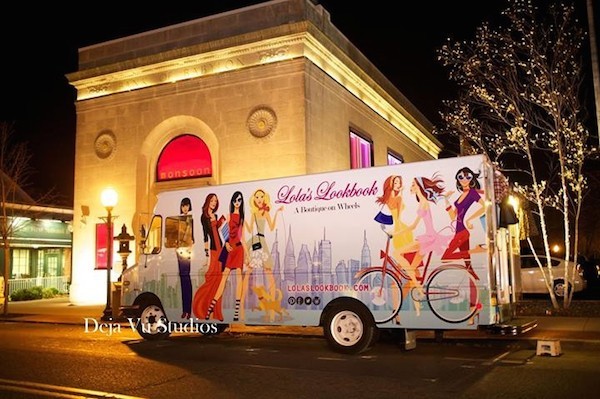 One of Long Island’s mobile trucks, Lola’s Lookbook
Others like Long Island’s Paola Giordano continue to have a presence in brick and mortar stores. Giordano’s jewelry Pagio Jewelry Designs is found in stores around the Island but she started The Pagio Truck this past year as a way to showcase her jewelry and other artwork. She calls it Long Island’s first mobile art gallery. Giordano is one of a few mobile retail boutiques on Long Island.

As the popularity of mobile fashion trucks continues to grow around the country and here on Long Island two fashion and design bloggers Nache Snow of Tallook.com and Astral Riles of AstralRiles.com are working to make it easier to the mobile boutiques. The two started the website FindaFashionTruck.com July of this year with the hopes of bringing more exposure to mobile boutiques and to assist mobile boutique owners with necessary resources to promote their business. There are almost 300 trucks listed across the US in the directory to which mobile boutiques can become a member for free by submitting a listing for review or if their truck is already they can become a member and claim the listing so they can then make edits.

“So far the fashion truck community has welcomed us with open arms and people that didn’t know fashion trucks existed are starting to discover a new way to shop,” Snow said.

Find a fashion truck rolling to a neighborhood nearby: 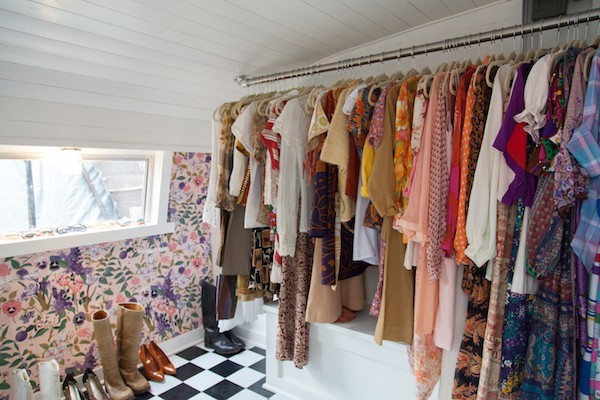 Inside La Poubelle Vintage
Gypsy a Go Go
Inspiration: Jenny Fisco launched Gypsy a Go Go in July 2014 after being introduced to the concept by a friend from San Francisco.
Inside: Step inside and find a treasure. Gypsy a Go Go sells Kantha quilts, embroidered throw pillows, handmade jewelry, leather handbags and new and vintage clothing.
Prices: Jewelry starting at $5, tops $35, leather handbags $75.
Find it: Follow Gypsy a Go Go on Facebook and Instagram.

Coast to Coast Vintage
Inspiration: “I wanted adventure to be my profession!,” co-owner Jamie Dormer said. Dormer and her boyfriend Adam Lodynsky started Coast to Coast Vintage in April 2013 as a way to make money doing something they loved while exploring new areas. After a show at the Hester Street Fair in New York City they set out on their first three-month tour across the country and are still touring.
Inside: Women’s and men’s vintage clothing as well as local clothing markers, greeting cards, jewelry, magazine, home décor and pre-loved road trip discoveries.
Prices: $1 to $100
Find it: Instagram.
@_coasttocoastvintage_ and @coasttocoastvintageforhim (for the fellas)!

La Poubelle Vintage
Inspiration: After seeing mobile shops pop up on the West Coast the idea for a mobile shop began brewing in Laura Lanz-Frolio’s head. It was a way for her to get her feet wet in the retail world without the high startup costs and reach different groups of people by being able to move around different neighborhoods. She launched La Poubelle Vintage in July 2013.
Inside: La Poubelle Vintage is filled with vintage clothes and accessories for men and women. “I try to search out pieces that have a modern sensibility, that fashionable people today can integrate into their wardrobes,” Lanz-Frolio said. Her favorite are the ’50s, ’60s, and ’70s, expect to find those eras well represented.
Prices: $10 for small accessories up to $100 for some dresses. Most items fall in the $40-60 range.
Find it: Social media of course. Lanz-Frolio said she’s most active Instagram, but also posts on Twitter and Facebook.

The Pagio Truck
Inspiration: For several years Paola Giordano had toyed with the idea of opening her own gallery. In the spring of 2014 she purchased a former Fed Ex truck. “My vision was to transform the truck into what would be Long Island’s first mobile art gallery.,” Giordano said. The Pagio Truck officially launched on 06/14/14.
Inside: Primarily, the truck contains Paola Giordano’s jewelry pieces, however, the truck does carry the work of a couple of other fine craft artists, such as : a leather maker, a ceramicist, an illustrator and some textile people.
Prices: $20-approx $400.
Find It: Online at http://www.pagio.biz/, on Facebook and Twitter.

Lola’s Lookbook
Inspiration: “I always dreamed of having my own store,” owner Laura Tingwall said. “However it requires a lot of capital especially on Long Island to open a retail store. The fashion truck was a way to start pursuing my dream.”
Tingwall launched Lola’s Lookbook in November of 2013.
Inside: Casual to dressy styles including pants, sweaters, blouses and dresses. Lola’s Lookbook also carries jewelry, hats, gloves, scarves and bags.
Prices: Almost everything is under $50
Find it: Social Media: Facebook, Twitter, Instagram or visit LolasLookBook.com and join the text message list.