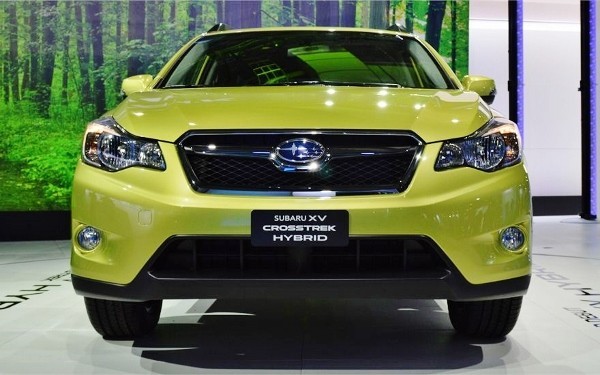 The XV Crosstrek Hybrid is the perfect ride for people who don’t want to feel as though they’re compromising style, feel and flavor in favor of a more compassionate carbon footprint. It doesn’t exactly fit the mold of the label “crossover” – it’s more a wagon with a beefed-up rear – but it’s the Subaru that’ll satisfy anyone needing a family taxi without excessive bulk, and it’s also fun to drive, unlike some blow-dryer Hybrids. It’s all-wheel drive, first, thus handling in advance most snowstorms. It stands about 3 inches taller than Subaru’s Impreza, with 8.7 inches ground clearance, meaning you can also drive it across the beach or over dirt or off-road. The tall stance and black plastic wheel well flares will also help prevent gravel, rocks and road debris from bashing the car’s body. The interior is fairly standard Subaru – materials are reasonably high-quality and there wasn’t anything annoying in basic operation. Some reports have criticized the nav system, but I had no issue with it other than the same issue I have with all auto nav systems as compared to my iPhone – when you type into a car nav system, it’s like like asking a 110-year old to run a mile in under 3 minutes – it ain’t gonna happen quick. 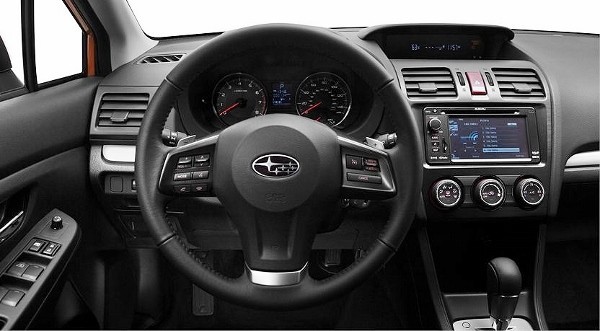 You’re purely electric at slow speed and it’s a satisfying feeling to look at your gauge and see you’re getting 30 miles per gallon. Don’t crow yet, though – the Crosstek Hybrid gets only about 3 miles per gallon more than the non-hybrid. Why buy the hybrid, then? The short answer is that

Hybrids are hot, and Subaru doesn’t want a customer to start looking Toyota-ward if they can help it. It takes corners well, its seats are comfortable, there is more than enough room for a load of what-have-you, and my Grasshopper Green model was more than easy to spot in parking lots with its 17-inch wheels, chrome door handles, grille shutters and foldable side mirror.

Go for the upscale Hybrid Touring and you get leather upholstery, a sunroof, nav system with voice controls, smartphone integration, HD radio and satellite radio. You’re powered by a four-cylinder, 148 horsepower engine making 145 pound-feet of torque. Your electric motor contributes 13 more horses and 48 more pound-feet of torque. Its safety rating from the

Insurance Institute for Highway Safety is an across-the-board “Good.” If you like Subarus to begin with, this is a car you should investigate. If you’re on the fence, it’s still worth a drive.