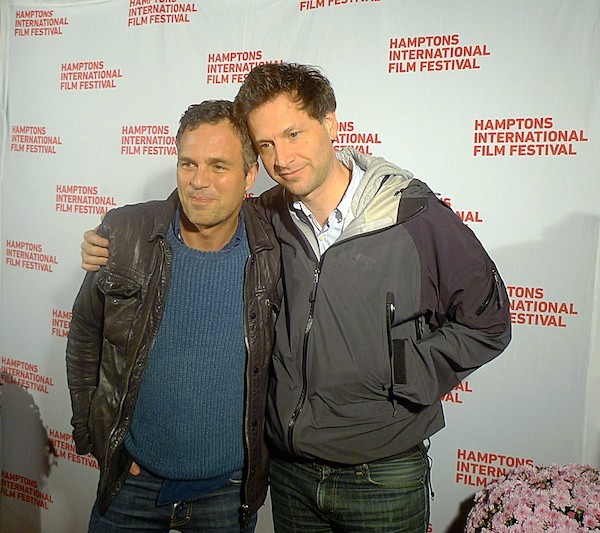 On a tempestuous Saturday in the Hamptons several layers of the film industry gathered for the Hamptons International Film Festival. Several factions including filmmakers, staff, journalists or actors made up this celebration of the on screen art. You would think such an occasion in an upscale setting would arouse buttoned down and flashy attire. Especially with actors like Julianne Moore and Mark Ruffalo attending their screenings. However, whether you were in front of the screen or on the screen, the trend was something a bit more casual chic or believe it or not, humble. It was refreshing to see individuals who kept it classy by going more modest, especially with all these cameras around.

My experience began in East Hampton at the films headquarters, the Maidstone. The scene at this art covered and cozy inn was relaxed and created the perfect setting for socializing with well-dressed film professionals. Networking and local vino were on everyone’s to do list. Present and sporting comfy yet fresh styles were press and on screen talents with their producers. 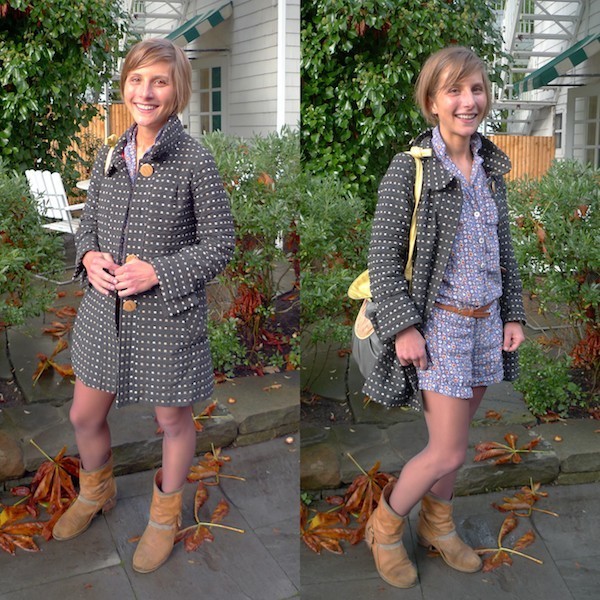 Filmmaker, Emily Lobsenz was promoting one of two movies she wrote and produced in 2014, titled “Sandorkraut”. Emily stood out immediately with her original style and I was intent to find out where it originated. I wasn’t surprised when she told me it was purchased in Barcelona, Spain and it was vintage. One of the many things I appreciate about shopping in Europe are the one of a kinds you stumble upon while window shopping. Who needs souvenirs when you bring back retro silk jump suits and irreplaceable hand tailored pea coats. It is probably the reason why I travel with a suitcase that is not full. 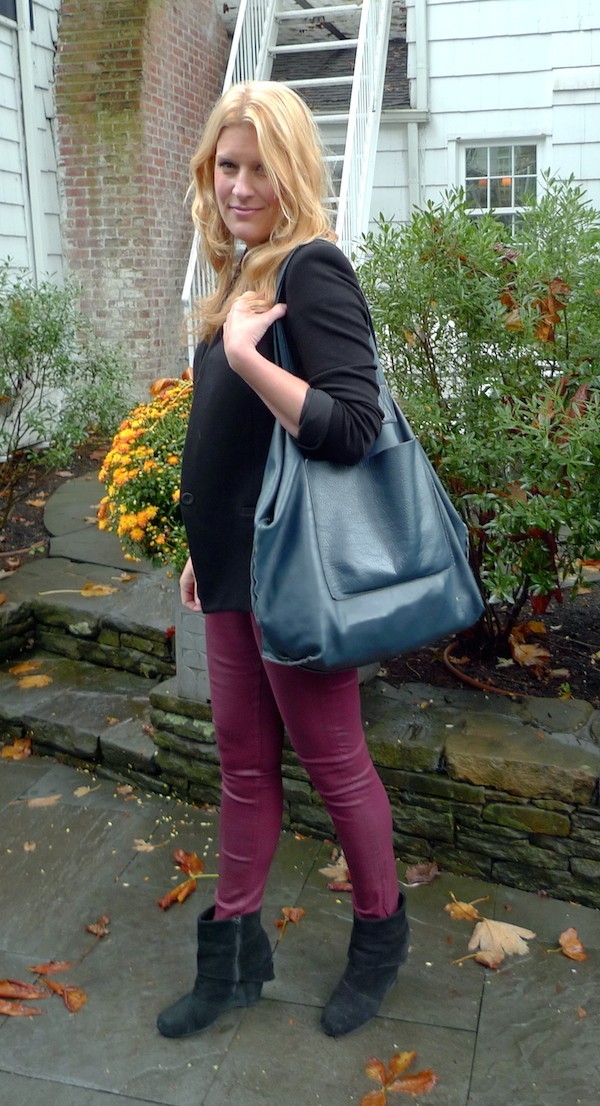 Julie Silcox caught my attention with her fun use of jewel tones. Hanging from her shoulder is what prompted me to snap her photo. The outfit went from casual to posh with the addition of a leather handbag from boutique designer Meg Erickson of Boston. What I love most about this accessory is that it’s all stitching and not trim, simplicity made the style. 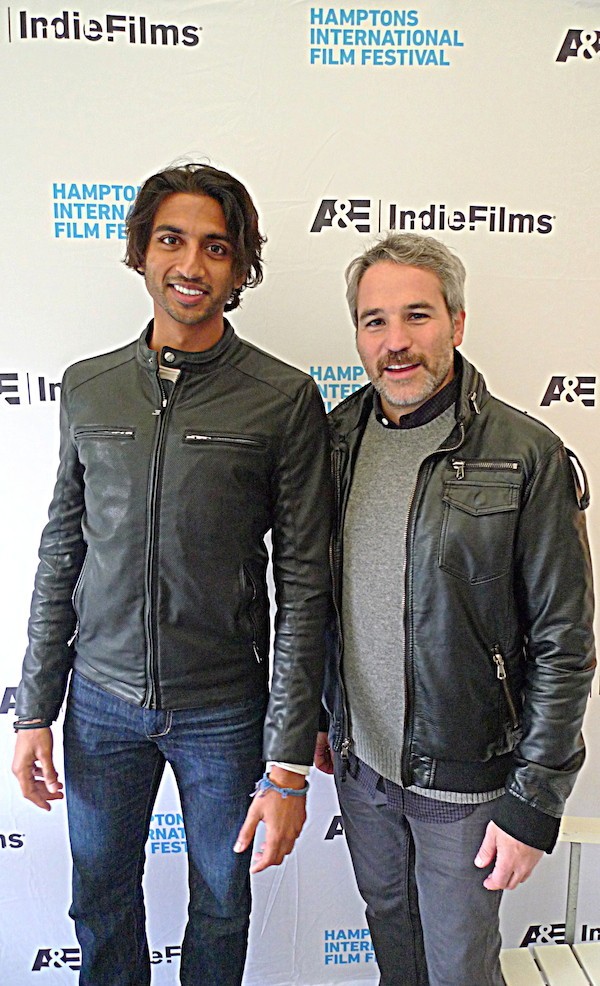 It was time for a change from the Maidstone to Guild Hall. Socializing turned to hush. I sat for the only film that was a musical in the festival, recommended by a good friend. It was titled “The Last Five Years” starring Anna Kendrick’s and Jeremy Jordon and as expected the two actors had you glued to the screen in this story of the evolution and fall of love set in two big cities. The film is scheduled for release next spring. Unfortunately the two young talents did not make an appearance for the Q&A after. The movie to follow was an upcoming bio drama, “Foxcatcher” staring Marc Ruffalo so I claimed my space on the press line after the movie to grab a few shots and yet another example of casual cool. This handsome actor was sporting a relaxed and gracious attitude as he stopped for everyone who requested an interview, probably making him the most loved star of the evening. Marc thought ahead and added the knits after dark as the temperature dropped.

It was refreshing when talent relies on the whole package to make an impression. So often we see a lot of face painting and glitz and that’s all you see. The Hamptons International Film Festival will be a great memory of the celebration of cinema and the people who attend. It will only make me look forward to the next.