A few weeks back I wrote about my massive disappointment with the last season finale of “Castle” and how the new season premiere still left the show on tenuous ground with me. It’s been a few weeks since its return, so it’s time to re-evaluate whether or not “Castle” warrants continued viewing. 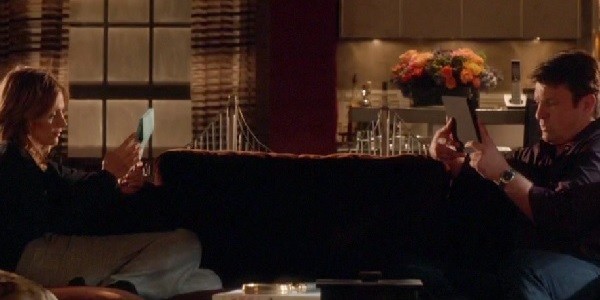 The good news is that the most recent episode feels very much like the “Castle” of old. There was quite a bit of humor thanks to the antics of Mr. Nathan Fillion and also from the dynamic duo of Jon Huertas and Seamus Dever. Whereas Fillion’s Rick Castle gets to live up to his true juvenile potential while searching for a witness amongst a classroom of second graders, Esposito and Ryan are at their brothers from other mothers best. We also get the central relationship between Castle and Beckett (Stan Katic) back on track. 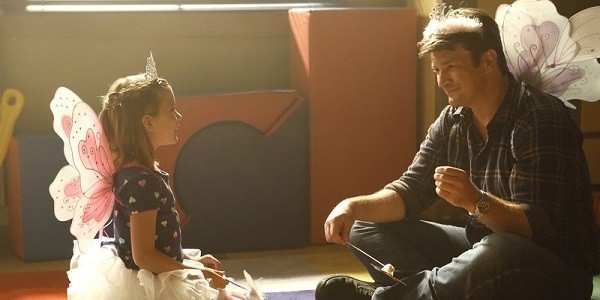 The downside is that we are still dealing with the ongoing mystery of where Castle was and what he was doing during his missing three months. Apart from him discovering that he himself is responsible for his memory loss there has been no further traction on resolving this clunker of a plotline. And I’m pretty sure there will be no further developments until the mid-season finale. Even then I fear it will be another dangling carrot and not a true resolution. 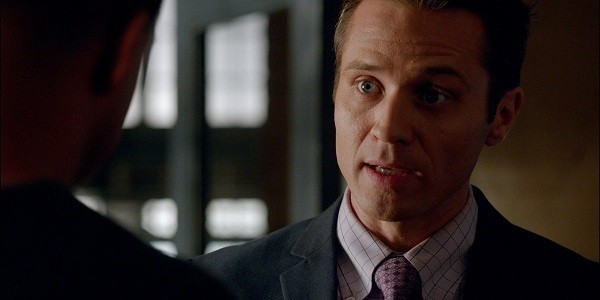 As annoying as that mystery is, it did make for some touching characters moments between Castle and his daughter, Alexis (Molly Quinn). It’s easy to forget what a terrific actress Quinn is until she gets a meaty scene with Fillion. This episode’s denouement is particularly fantastic and further strengthens the great father-daughter relationship that the show has handled so well since the beginning. The criminally underutilized Susan Sullivan gets a couple of choice scenes this week as well. 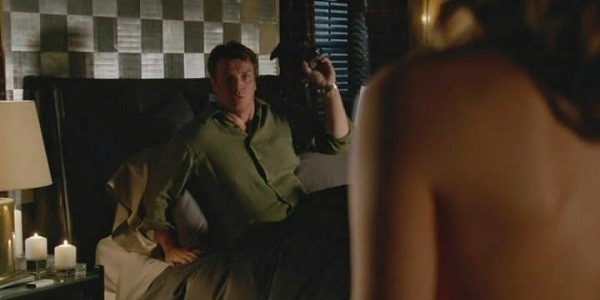 Through all of this, Castle and Beckett at least know they still want to marry each other, but agree that they need a little time to readjust to each other. They’ve decided on a timeframe of one month. However, as time proceeds at a different rate within the show than it does in the real world, it is unclear if they mean sometime in November or an arbitrary “month from now” that occurs at a more advantageous time ratings-wise. I hope that the production team is aware that they can’t attempt another bait-and-switch, didn’t-quite-happen wedding a second time and get away with it. 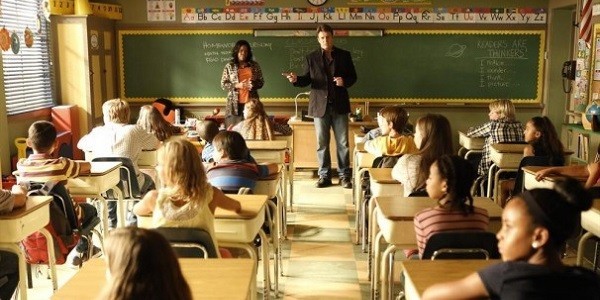 Yes, I’m still invested in this show and the characters. It’s because I care that I am so critical. I do think it’s time to look at an end-game, preferably a happily ever after one, and think about going out on a high note but calling it quits at the end of the current season. Although, while “Castle” may not be the ratings juggernaut it once was, it hasn’t shed enough viewers to make ABC even entertain the idea of pulling the plug. It’s probably safe to say it will be sticking around for a while longer. Hopefully there will be a creative renaissance among the writing staff to make the extended journey worthwhile.