Sinead O’Connor
I’m Not Bossy, I’m the Boss
(Nettwerk)
On her latest album, Sinead O’Connor literally and figuratively lets her hair down. There are no reggae rhythms, angry feminist screeds or difficult musical ideas on this very accessible release. O’Connor seems intent on resuscitating her chart potential which has been adrift for years. The music ranges from slick pop to raucous rock and is sequenced for maximum commercial impact. This isn’t to suggest that O’Connor’s marvelous voice and musical instincts don’t shine; it’s just that the album is clearly a calculated, albeit successful, attempt to get her back on the radio. 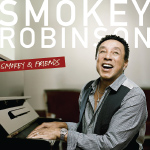 Smokey Robinson
Smokey & Friends
(Verve)
David Foster is building a home at Verve Records for veteran artists like Smokey Robinson to invigorate their careers, while also respectfully aiding them in making good music. Pairing a musical legend with younger artists from various genres and presenting new versions of iconic songs is nothing new, but Foster’s regard for authenticity and subtle modern production ideas makes this a smooth r&b outing that will appeal to Robinson’s many admirers as well as introduce a new generation to the soulful poet and key cog of the Motown machine. 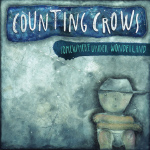 Counting Crows
Somewhere Under Wonderland
(Capitol)
This is only the seventh fulllength studio release from Counting Crows, a group that has been making music since1993. Widely regarded as one of the truly great American bands to emerge in the past 20 years, they released a previous album on their own label in 2012, making this their first major-label outing since 2008. Thankfully, not much has changed since either of the previous releases. The group’s songs go from anthems of pure abandon to Van Morrison-esque, organic, stream-of-consciousness rock and soul without ever sounding pretentious. 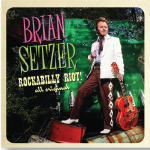 Brian Setzer
Rockabilly Riot! All original
(Surfdog)
The Long Island native left the East Coast and the Stray Cats a long time ago and has since been successful making music in a variety of genres, as a solo artist and as leader of the Brian Setzer Orchestra. While his Christmas albums and shows are now a welcome addition to the holiday season, here Setzer goes back to his rockabilly roots with aplomb. He somehow maintains the feel of the original sound while bringing a charged energy that clearly states this is music of today. 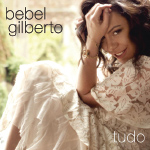 Bebel Gilberto
Tudo
(Portrait)
Bebel Gilberto’s new album, her first in five years, is smooth and lush and light and lovely. Bebel has been interjecting electro rhythms into her Brazilian sound and remaking her father’s genre of music for a younger generation of listeners. This newest release is something of a departure, stripping down the arrangements and casting her songs in a more traditional framework. The result is sultry and romantic, bringing a timeless quality to her music.