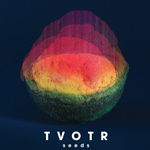 It’s been three years since the last album from indie rockers TV on the Radio. (This was due at least in part to the death of bassist Gerard Smith.) The song “Happy Idiot” off their latest album Seeds has a new-wave beat and delivers an “ignorance is bliss” message for people in broken relationships. 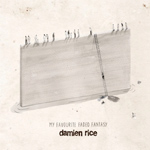 With an opening string arrangement accompanying Damien Rice’s earnest emotion, “I Don’t Want to Change You” is a fragile-yet-dignified ballad from the Irish singer-songwriter. It’s off of the new release My Favourite Faded Fantasy—his first recording in eight years. 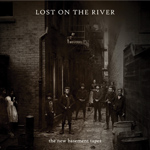 The album Lost on the River could be a godsend or gaff for hard-core Bob Dylan fans. The band behind the record, The New Basement Tapes (so named because they cover unfinished songs from Dylan’s basement tapes sessions) consists of Elvis Costello, My Morning Jacket frontman Jim James and Mumford And Sons’ Marcus Mumford. The first single “When I Get My Hands on You,” updates the song with Mumford’s vocals and plucky strings.