The days of plastic masks are over for you.

No more Mom’s makeshift monster costumes; no more department-store, mass-produced everybody’s-wearing-its. You dress yourself on Halloween because you know you create a better costume than anybody, a fact you’re proud of.

You might know make-up, but there are scares you just can’t make up. You’ll find them in “Haunted Stuff” by Stacey Graham and “ America ’s Most Haunted” by Theresa Argie and Eric Olsen. 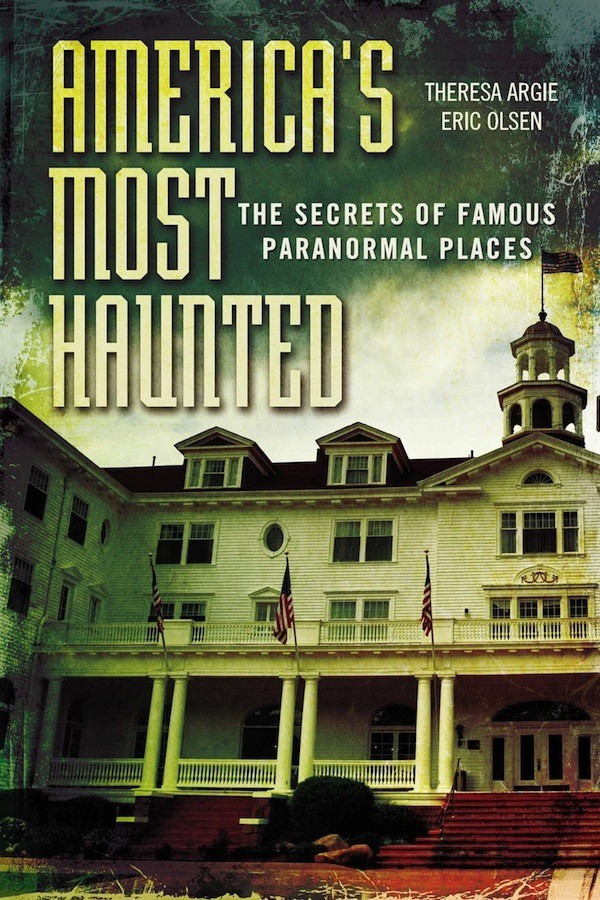 Those old Halloween decorations you brought home last year are going to scare the Dickens out of the neighborhood kids. You can’t wait to put them up – but maybe you should. In “Haunted Stuff,” you’ll see why you should wait, maybe forever. Cast-off belongings, you see, could be thick with things you can’t see.

It’s fun to find a bargain, for instance, but Graham says that many second-hand items – including clothing, toys, furniture, and collectibles – may’ve had owners that are still quite attached to them. Bring the item home, she says, and you could be inviting a spirit into your house.

That could be charming… or it could be terrorizing. 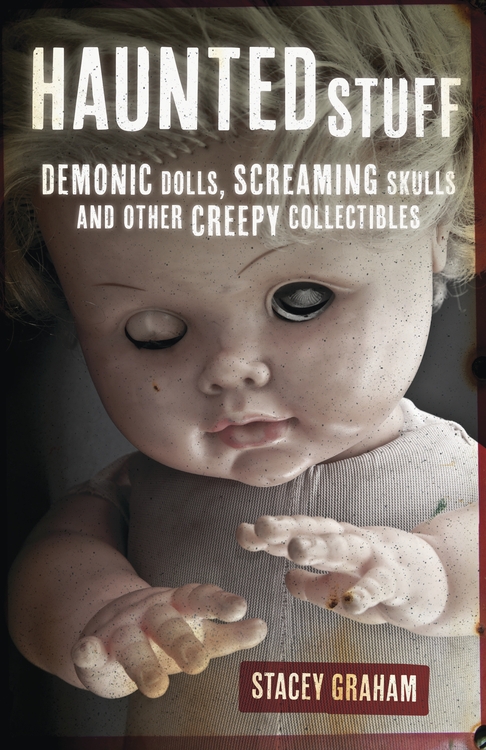 Once-loved dolls, for instance, could be imbedded with the spirit of the child who played with them, but that’s not all. She includes stories of demon dolls that caused mayhem (at best) and insanity (or worse). And whatever you do, don’t think badly about those toys because, well, they’ll know.

And if you’re a brave soul and things don’t scare you, let’s see how you do with places. In “ America ’s Most Haunted,” you’ll learn about paranormal homes, hotels, and hotspots that you can actually visit.

In Ohio , you could meet a ghost from the long-ago past who may haunt in tandem with a ghost from the 1990s. In West Virginia , tour a former “lunatic asylum” that might harbor Civil War spirits. In Colorado , take a room-by-tunnel trip in a hotel where the scenery is beautiful and the screamery is boooo-tiful. In California , you can visit a ship that one Hollywood star admitted has an “otherworldly” feel about it.

What’s nice about this book is that it’s so thorough. The authors tell you where you’ll have the best likelihood of spotting or hearing something eerie; whether it can be explained by natural reasons; and phone numbers, addresses, and tips on going there to see for yourself.

Halloween: fun & games, or frights & ghouls? How about both?

I, personally, find the cover of “Haunted Stuff” to be deliciously disturbing. Happily, the inside matches the outside but beware: read it, and you’ll think twice about bargain-hunting, forever.

And if a good old-fashioned ghost story completes your Halloween, then “ America ’s Most Haunted” is your (spooky) book. Just remember, as you’re reading: it’s all chillingly true!

Bear in mind that these hair-raising paperbacks are not for the kiddies; in fact, the cover of one of them is nightmarish. “Haunted Stuff” and “America’s Most Haunted” are great to have, but be sure to keep them out of little hands because sometimes, Halloween isn’t for kids – and neither are these books.