I never wear white
White is for virgins
Children in summer
Brides in the park.

My color is black black black
Black is for secrets
Outlaws and dancers
For the poet of the dark.
—Suzanne Vega 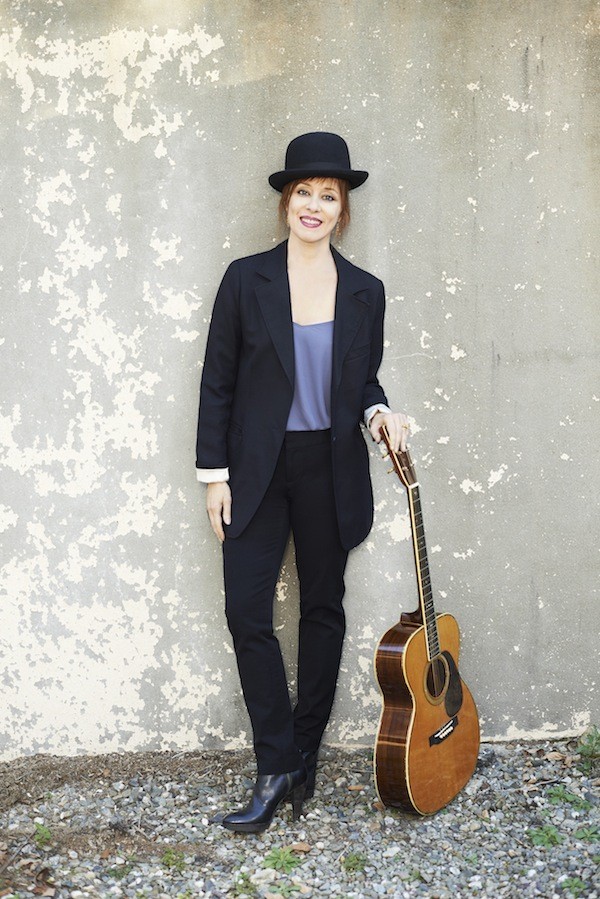 It’s been 27 years since singer/songwriter Suzanne Vega released the a cappella “Tom’s Diner,” which was named after NYC’s Tom’s Restaurant on W 112th Street and Broadway. (Shots of Tom’s Restaurant were also used to represent Monk’s, the diner where Jerry, Elaine, George and Kramer gnoshed on Seinfeld). Since the British dance duo DNA successfully remixed “Tom’s Diner” in 1990 (one of Vega’s most commercially successful songs along with “Luka” and “Marlene on the Wall”), numerous musicians have sampled the song. And it can be heard on Fall Out Boy’s latest single, “Centuries.”

“There have been so many samples,” admits Vega, who recently joined Fall Out Boy in a performance of “Centuries” on Ellen. “I really like Nikki D’s ‘Daddy’s Little Girl,’ Fall Out Boy, Michigan & Smiley and Danger Mouse’s versions.”

On her first album of original music in seven years, Tales from the Realm of the Queen of Pentacles,Vega actually samples 50 Cent’s “Candy Shop” and makes reference to Macklemore’s “Thrift Shop” on “Don’t Uncork What You Can’t Contain.” Produced by David Bowie’s former musical director Gerry Leonard, The Queen is quintessential Vega with a few more guitars thrown in with the help of former Bob Dylan sideman Larry Campbell, Peter Gabriel and King Crimson bassist Tony Levin.

One of the dark poetess’s more rockin’ songs is the semi-autobiographical “I Never Wear White.” And while she admits to wearing white from time to time—like when she got married—the woman with the penchant for dark-colored suits really does prefer black.

“’I Never Wear White’ is a juicy song that I can really get into performing,” said Vega, who studied modern dance as a teenager. “I also like performing ‘Don’t Uncork What You Can’t Contain’ because it’s a lot of fun.”

While the folk songstress was influenced by artists like Lou Reed, Bob Dylan, Leonard Cohen, The Beatles and Laura Nyro, Vega is looking forward to hearing the new albums by Taylor Swift and Lucinda Williams. More music from Vega and a book could also be on the horizon.

“There could be more music at the end of 2015,” said Vega. “I’ve been listening to a lot of Bob Dylan and revisiting all of Fall Out Boy’s back catalog. I also love Cibo Matto’s new album—great stuff!”

What: Suzanne Vega live– her distinct voice is smoother than ever
Where: Westhampton Beach Performing Arts Center
When: Saturday, November 1st, 8pm
For more info: www.whbpac.org/pages/event_detail.php?event_id=812