A Rolls-Royce is a work of art. It’s luxury defined, completely hand-crafted and this past year it became a canvas. Mixed-media artist Ben Moon used a 1985 Rolls Royce Silver Spur as his canvas for “Our Painted Lady.”

“To get to draw things all over a Rolls-Royce…it’s very punk,” Moon said with enthusiastic giddiness. “It was so much fun.” 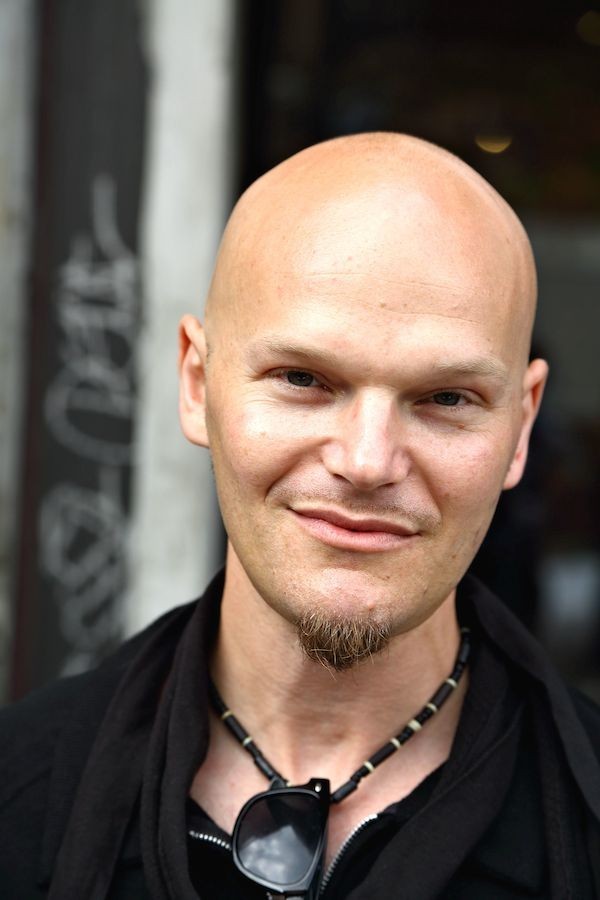 Now, Moon did have permission to use the car as a canvas. In fact a longtime family friend asked him to paint on the Rolls-Royce. Car collector Frank Marzano, wanted to donate a car for charity and approached Moon about doing something with the prized car, which only had 38,000 miles on it. 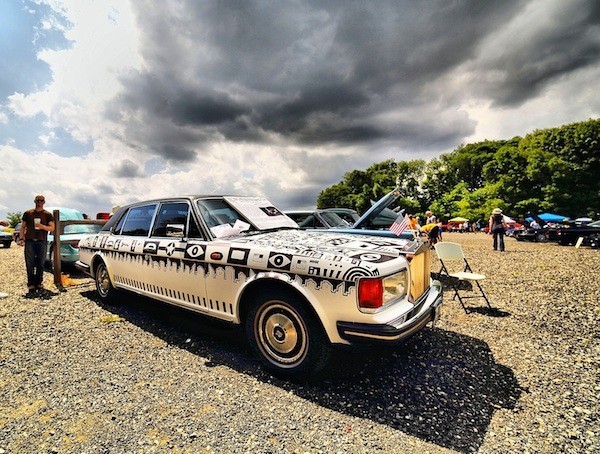 “It will last as long as someone wants,” Moon said about the piece. “It’s rubber and will come right off in one big sheet.”

“Our Painted Lady,” goes to auction on Dec. 10, but in the meantime Moon gets to travel around with the car showing off his piece of artwork and raising awareness about the Wounded Warrior Project. 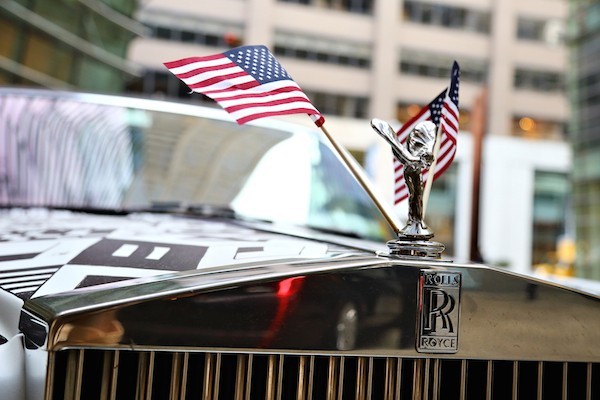 “It’s like having your own personal bat mobile,” Moon said.

The car not surprisingly attracts a lot of attention wherever it goes, as does Moon who seems to create community through his art work wherever he goes. The mixed media artist from Old Westbury just finished up a 180-foot mural in Harlem as part of a community arts initiative. The mural includes drawings from students that Moon worked with during the summer and throughout the process neighbors stopped by to see the progress of the mural and lend a hand. 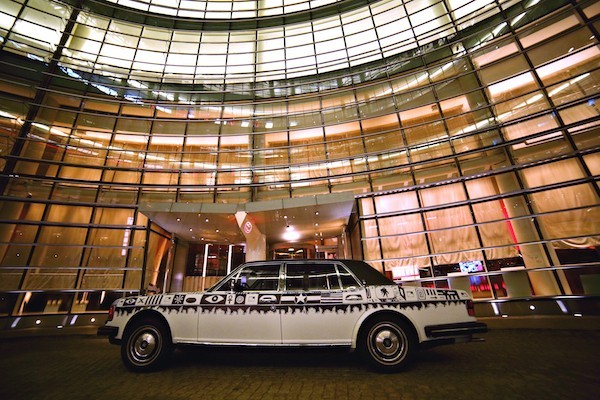 As is Moon’s artwork which seems to try to make it’s viewers notice the things in everyday life Moon notices as art. He looks at his artwork of layers of information where the viewer gets to create his or her own story from it.

“Art is a dialogue, it’s the exciting aspect to it.”