RISE is visual. Whether your first encounter is online where the website is minimalistic and urban or of the brick and mortar reality where the shop in Huntington is open and sparse with black and white walls and displays that mimic piano keys.

It’s a representation of owner Chase Ceparano in style and practicality.

“I’m a very visual person,” Ceparano said. “I wanted a place a more mature guy would want to go into, I’m not into malls.” 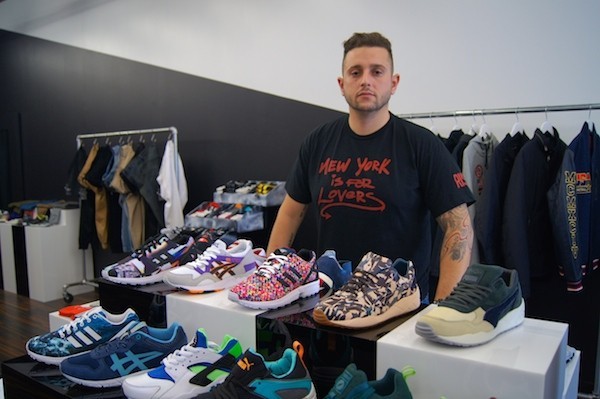 His store, digital and physical, serves as a canvas for the products it sells. Those pedestal black and white displays move easily so the store continues to change, always looking fresh. Black and white scenes of New York City play on TV screens around the store and a reception area welcomes people to stop in and hang for a bit.

Not something found in a mall.

RISE celebrated its 1-year anniversary this past October and primarily sells footwear although some clothing. 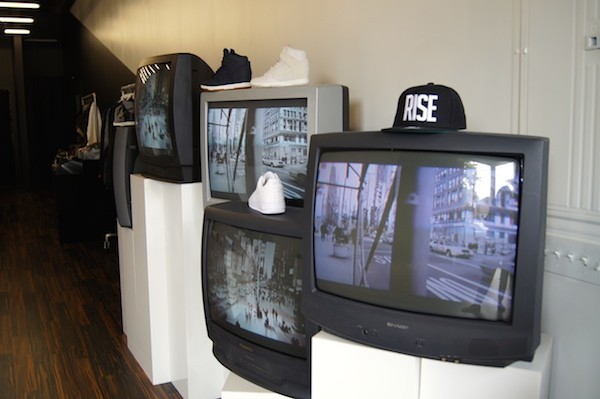 “It’s 50 percent unique, and 50 percent personal taste,” Ceparano said of the products he choses to sell, which feature leading brands including Puma, Hip and Bone, Toms, Nike, Fila, the list goes on.

“There was a void in the market here, a place for a different type of shopper,” Ceparano said

RISE started as a website but moved to the physical because of that void. “I’ve been blown away,” Ceparano said of the response. 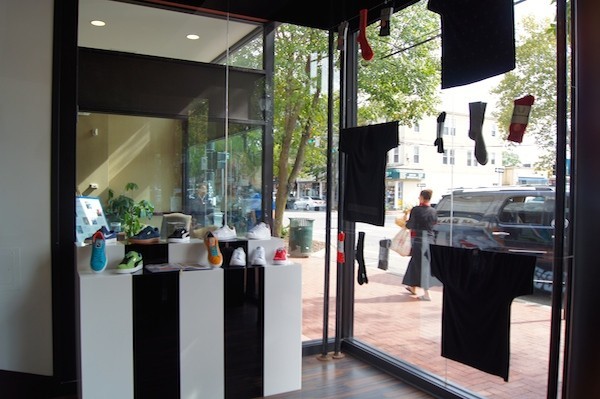 In the store RISE gets a lot of the same costumers, which in part is why they are always changing up displays and products.

“It’s a place for people that know what they are looking for but also are open to being introduced to new styles,” Ceparano said.

More than just a store, RISE is manufacturing and sales with a message. Ceparano and his small staff continually work on new projects, such as their NY is for Lovers special edition shoe project with FILA. 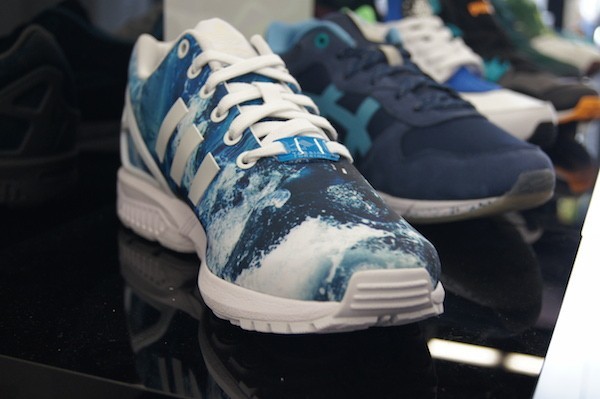 The special edition sneaker, RISE worked with FILA to produce, is a simple red and black color combination with a pixelated heart logo. Limited to 200 pairs worldwide, RISE and FILA released the shoe in June, donating a portion of the proceeds from each sale to organizations working on AIDS treatment. Ceparano who as a child lost his dad to AIDS plans to do a similar project each year.

“I am able to give back now and sell products that have a bigger consumer message.”