Nonstop to Cairo’s blend of raw and gritty funk rock propelled them to win the Long Island Music Festival back in 2009. At the time the band had only been together for three months. Five years later, Nick Diamond (guitar/vox), Matt Ezzo (bass guitar), David Bartlett (drums), August Harris (vox), Haja Ramalaonjana (trumpet), Andrew Gembara (tenor saxophone) and Andrew Hagerty (trombone) continue to love performing and are working on a new album.

Pulse Insider: How did you guys get your start in music?
Nonstop to Cairo:
We realized that we had something special after winning the Long Island Music Festival. Nonstop to Cairo had only been together for 3 months and it was a major accomplishment that helped push us further. I think once we had a lengthy run on satellite radio with our single “We Be,” we wanted to take our musicianship and business to the next level.

Pulse Insider: How would you describe your music to someone you just met?
Nonstop to Cairo:
We’re a funk rock group. Energetic, raw, and gritty is the best way to describe ourselves to others. The message comes across quite well when people come to see us live. It’s a great feeling for our music to speak for itself.

Pulse Insider: How did the name Nonstop to Cairo come to be?
strong> Nonstop to Cairo: Our guitarist, Nick, was taking a trip home on the Long Island Railroad and an ad caught his eye. It read “Flights ‘nonstop to Cairo’ $399”. We’d been putting possible names down for the band and trying to find a name that fit. So at our next rehearsal, Nick wrote “Nonstop to Cairo” down on the name list with a bunch of others. We kept rejecting all the other choices but when we got to Nonstop to Cairo everybody just vibed with it. 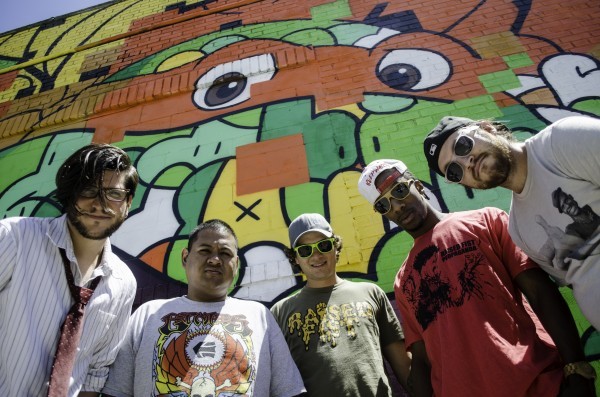 Pulse Insider: Who are your greatest musical influences?
Nonstop to Cairo: The James Gang, Red Hot Chili Peppers, Mudvayne, Phish, Fear factory, Notorious BIG; the list goes on. We always talk about how lucky we are to have grown up in this generation, hearing such a wide range of styles.

Pulse Insider: What do you enjoy about performing live?
Nonstop to Cairo:
The best feeling of performing live is the energy we get from the crowd. The chance to win people over, people who may have never heard of us before, hearing the crowd singing the chorus of our songs back to us, it’s indescribable.

We could never get tired of it.

Pulse Insider: What’s one of your favorite memories as a band so far?
Nonstop to Cairo: We were opening up for Redman at (Le) poisson rouge and out of nowhere Angelo Moore of Fishbone came onstage to jam with us. We were all in awe. It was spur of the moment but we all sounded so tight people thought we actually had a song together! That’s been one of craziest memories we have to date.

Pulse Insider: What’s next for Nonstop to Cairo

Nonstop to Cairo: Nonstop is currently putting to together our next album. We are taking some time for this particular project because we want it to best it can be and really give listeners an idea of this new sound we’re bringing. There’s a lot of potential in Nonstop for more and we want to showcase that with this album. Shows will be scarce while recording but our website will have them listed for the months ahead while we have our attention on the upcoming album.

See Nonstop to Cairo live:
Dec. 28 at The Gramercy Theatre with Fishbone
Jan. 4th at The Emporium in Patchogue with Badfish