“The Blacklist” was one of the first shows to make a return this fall and now it is the first to take a winter break. But while we won’t see the return of Red Reddington (James Spader) until Super Bowl Sunday, these eight episodes have done what most other shows take all season to accomplish. “The Blacklist” does have one major advantage over most shows of its kind, however. 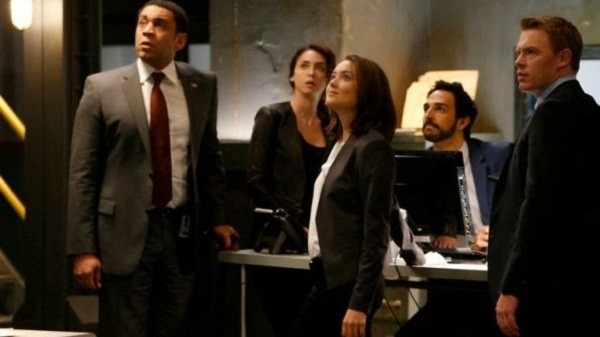 Most procedurals keep their “case of the week” storylines independent of their overall mythology arcs. “The Blacklist” has taken the interesting twist of having the two intertwine, the upshot being that the ongoing mysteries are never back-burnered and hence don’t lose their focus. It’s clear that there is a very intricately thought-out plan for this show as there is never a wasted moment or loss of momentum due to filler episodes. This first string of second season episodes does resolve a few things yet generously leaves many others spinning in new directions. 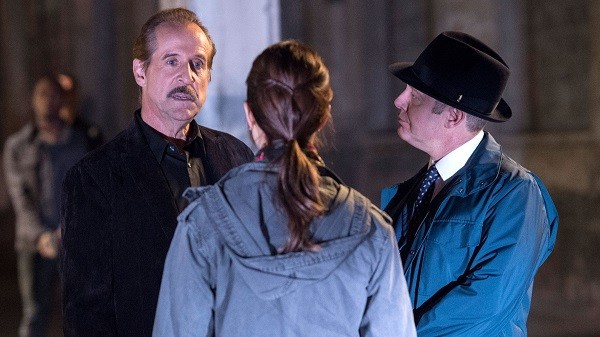 Berlin’s (Peter Stromare) plan to destroy Red comes to a definitive conclusion. In a very strong way the vendetta was why Red gave himself up to the FBI and engineered events so that he would be working with the taskforce to take down the persons on his Blacklist. One of the many twists we’ve gotten this year is that the whole vendetta against Red is meaningless as Berlin’s daughter was never murdered by Red, instead she was taken in by him and his then wife. Once that was revealed the two longtime enemies actually somewhat team up to track down who sparked the whole thing by letting it be known that Red did what he didn’t do. 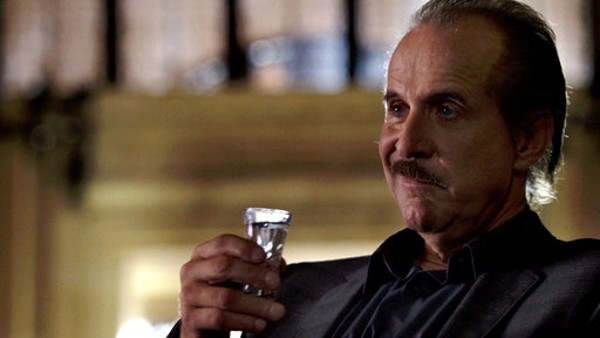 The trail leads back to number twelve on the Blacklist, the Decembrist, the alias of Assistant Director of National Intelligence Alan Fitch (Alan Alda). Berlin takes explosive revenge on Fitch, literally, and then is betrayed by his own flesh and blood to be handed back to Reddington. In one of the best acted scenes you’re likely to see on TV this year, Berlin and Reddington share a bottle of vodka before Red erases number eight from the Blacklist permanently. Any of the occasions where Red has personally killed one of his enemies he has, for the most, done so in a way that pays tribute to them. At least in the cases where the enemy has proven to be an extremely worthy opponent. This is the case here and it results in a powerful moment. 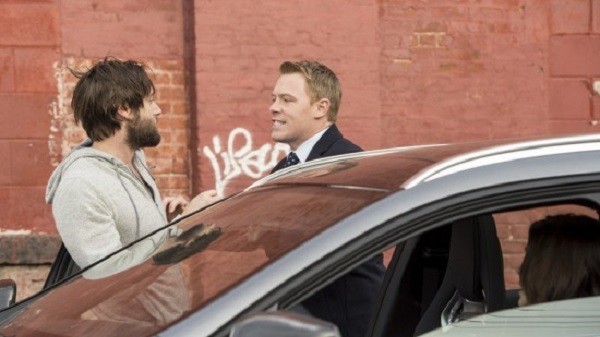 In other developments, Lizzie’s (Megan Boone) day goes from bad to worse as her literally captive husband, Tom (Ryan Eggold), kills someone. Although she doesn’t report it, she does at least finally confide in her FBI partner, Ressler (Diego Klattenhoff). The fact that Ressler doesn’t immediately turn her in and instead decides to assist her in allowing Tom to get much-needed intel on Berlin says a lot about how far their partnership has progressed. He openly dismissed her at the beginning of the series, but she has slowly gained his trust and respect. However, Lizzie’s covert imprisonment of Tom, plus her allowing Red’s cleaner, Mr. Kaplan (Susan Blommaert) to sweep up the murder says a lot about how far she’s come since being just a novice profiler. 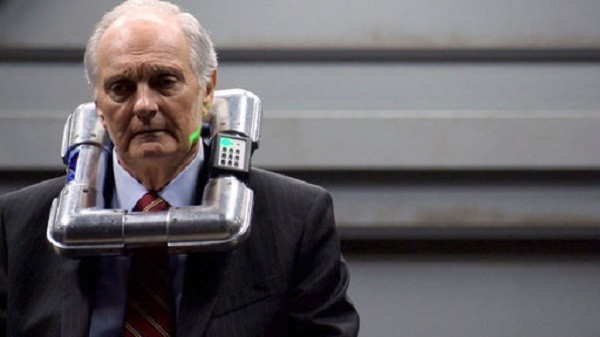 Of course, there is still the bombshell reveal that Tom has been working for Red in some capacity and the unanswered question of the true connection between Lizzie and Red (come on, we all know it’s basically a Luke Skywalker/Darth Vader type deal, right?), amongst a few other lingering tidbits. The biggest question is, what next? Considering the next new episode airs in the plumb slot following the conclusion of the Super Bowl on February 1st and features new baddie Ron Perlman, I’d say the rest of season two will prove to be as dynamic and volatile as what has gone before, if not more so.