Rhinovirus and Influenza, a.k.a., the common cold and the flu, are two “gifts” best not shared during this otherwise festive social season. Both ailments have similar symptoms—congestion, runny eyes and nose, coughing and fatigue—but flu kicks it up a notch with fever, chills, body aches and illness that lasts twice as long. Worse, the two ailments can overlap, and flu increases susceptibility to both bacterial and other viral infections. To stay as healthy as possible, follow these doctors’ orders, from Bruce Hirsch, M.D., an infectious disease specialist at North Shore-LIJ Health Systems and Roxanne Carfora, M.D., a family doctor who runs Ageless 360 Medical Group in Hauppauge and Mount Sinai.

1. Wash hands often
Good hygiene is important for preventing illness, but scrubbing up isn’t just about rinsing away germs. Vigorous friction allows the soap to penetrate and destroy germs’ cell membranes, said Hirsch, a process that takes about 15 seconds. Lathering long enough is as easy as ABC, Carfora said—that is, for as long as it takes to sing the alphabet song. Skip antibacterial soap, which is unnecessary and ineffective at stopping viruses like the cold and flu.

2. Towel-dry with care
Even if you’ve done a good job washing up, there’s no guarantee that everyone else was as fastidious. For that reason, Carfora puts out attractive disposable paper towels when she has visitors and sticks to paper by the sinks if someone in the household catches a bug. When given an option in a public restroom, chose paper over the dryer—the latter can actually blow bacteria into the air. 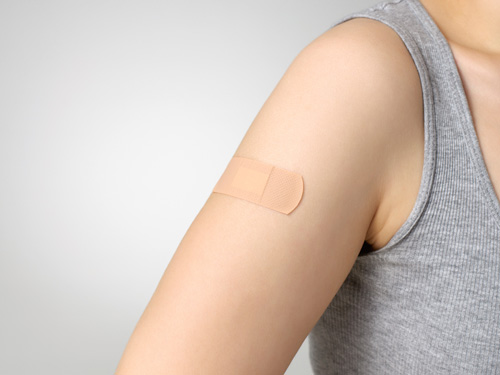 3. Get vaccinated
Each year’s flu shot is designed for the strain of flu expected that year. “The best time to get a flu shot is two weeks just prior to when the flu will occur, but you never know when that will be,” Hirsch said. “Last year, we had a second peak of flu in March and April.” Even if getting the flu isn’t a concern, he stressed the importance of “herd immunity”—everyone receiving the vaccine—to protect those who are more at risk. 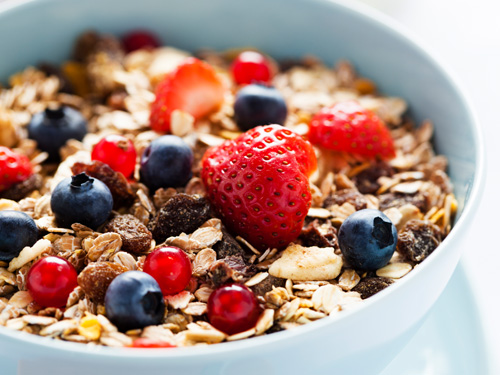 4. Eat well
Keeping up immunity may be as simple as eating a balanced diet. Hirsch is a big believer in loading up on vegetables and fruits to get nutrients naturally. However, if blood tests indicate deficiency in key protective nutrients like vitamin C, vitamin D and zinc, Carfora recommends supplements. She’s also been known to suck on zinc lozenges when seeing sick patients during peak season.

5. Feel ill? Stay home!
It goes without saying that colds and flu are very contagious. “We have this syndrome, ‘presenteeism,’” Hirsch said. “People are compelled to rush back into work routines, but you won’t be productive, you won’t be doing yourself a favor because you won’t get better as quickly and you’ll expose your coworkers.”

6. Call the doctor
When a fever and achiness hit, which could be the flu, a doctor can prescribe Tamiflu, a medication that can shorten the illness’s duration, but only if begun within the first 24 to 48 hours. Calling—rather than visiting—won’t put the doctor, nurses and other patients at risk.

7. Ease symptoms
“A runny nose, fever, cough and other symptoms are not the enemy,” Hirsch said. “They’re how our bodies recover and restore us to health.” However, he also noted you can have too much of a good thing. To soften the blow, acetaminophen reduces fever, ibuprofen eases aches and inflammation, a saline nasal spray loosens congestion and antihistamine can slow running noses and eyes—but it’s best to medicate only for the worst symptoms.

8. Find natural relief
In lieu of popping a pill, a few non-medicinal tricks can make things more comfortable. Try cool compresses for fever or warm ones for congestion. Both doctors recommend using a neti pot, filled with warm distilled water and a pinch of sea salt, to cleanse nasal passages once the worst has passed. 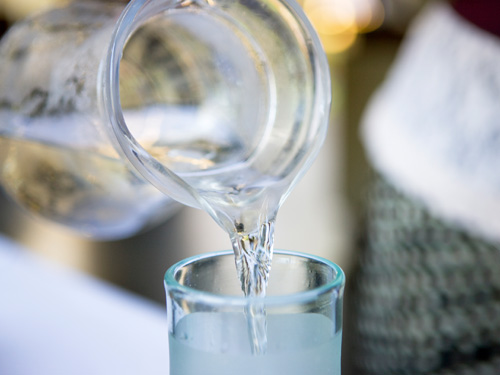 10. Know when to get help
Most bugs run their course from a combination of rest and more rest, but a few signs suggest the need for medical intervention. Thickening or discolored mucus, a worsening cough, a raw sore throat or pressure or pain in the forehead or face may indicate a bacterial infection that might need antibiotics. Extreme weakness, a high fever that’s resistant to meds, disorientation, shortness of breath, or skin rashes are all express passes to the hospital.