Pop the corks and blow the noisemakers, 2015 is here! Will you succumb to the beck and call of NYC, or keep things local at one of the posh places on the Island? Maybe escape the Island and set sail for a few while the ball drops? The choices are open and we’ve got some hot suggestions for celebrating the Big Night.

Dinner and Dancing
Chances are your favorite restaurant is doing something special tonight— ours are, for more check our dining section starting page 199. But for a big party with music, a multi-course meal, flowing libations and a few hundred of your best new friends, check out these storied venues. 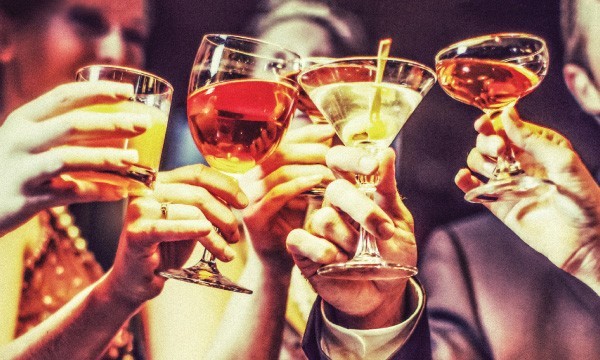 Lombardi’s on the Sound
Port Jefferson, (631) 473-1440
lombardisonthesound.com
Throw on your flapper dress or seersucker suit, old sport! This Great Gatsby-themed gala will swing into the new year in style…1920s style. Butler served hors d’oeuvres start the night of decadence as charcuterie and artisan cheese are carved to order before dining on classic seafood and Italian dishes ($140pp). Jitterbug the night away until the ball drops with the beautiful Sound as a backdrop. Just be wary of any beckoning green lights across the water…

Just for Laughs
Try something a little different and laugh in the New Year.

NYC’s Best Comedy NYE Festival
AMC 34th St, (212) 201-0735
nye.com
The New York comedy scene is second-to-none and what better way to ring in the new year than in the comedy haven? This night of laughs is hosted by Maddog Mattern and will feature some of the best of New York comics and up-and-comers. 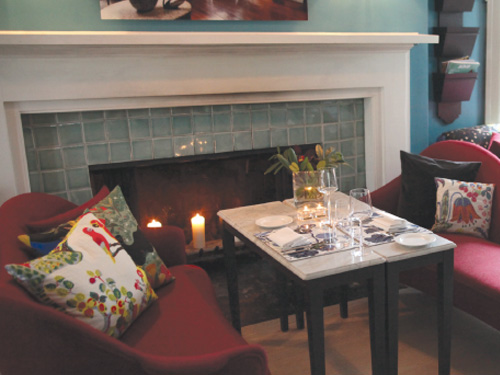 Homey and cozy, The Maidstone in East Hampton celebrates NYE in sedate style.

c/o The Maidstone
East Hampton, (631) 324-5006, themaidstone.com
Indulge the upscale dining experience with a party atmosphere and then retire to a “Scandinavian cozy” cottage room. The Living Room restaurant at Maidstone has two seatings for NYE, at 7 and 8:45pm, which include a 5-course meal, live music and party favors and champagne all around. $145 dinner, rooms start at $325 per couple.

Southampton Inn
(631) 283-6500, southamptoninn.com
Celebrate the start of 2015 and the 375th birthday of historic Southampton. The evening begins with a cocktail hour followed by a catered dinner. Enjoy an open bar all night, a birthday-themed dessert buffet, music, dancing and a champagne toast. Indulge in the spirit of the New Year celebrations too much? The party includes a late checkout for guests to enjoy a little extra rest. $375 per couple based on double occupancy.

NYE in NYC
The Big Apple is Grand Central for New Year’s Eve partygoing and the world-wide nexus for the evening is Times Square. The town is a veritable party playground with endless choice events for the evening. Our favorites: 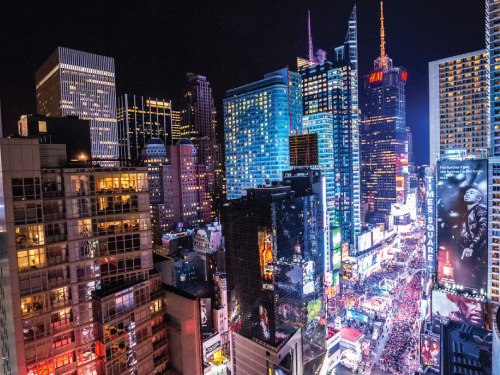 CATCH Roof
21 9th Ave, (212) 392-5978, emmgrp.com
Rooftop space is at a premium for NYE celebrations in the city. Venture to this Meatpacking District hotspot for breathtaking skyline views as the backdrop for an exclusive night; maybe even catch a glimpse of Brad Pitt or Kate Upton, both have been spotted at this posh grown-up clubhouse atop 21 9th Ave. Tickets starting at $99 and group packages at $1,600 and $7,500.

Chelsea Loft experience at Center548
548 West 22nd St, joonbug.com
For this one night only, step out of the ordinary and experience the serious New York City party life. Rub elbows with A-listers and hipsters and live the dream of stepping past the velvet ropes. For the fourth year, this Chelsea party lets guests in on the scene of invite-only loft affairs. Get in the action at Center548. Tickets from $79-$395.

Gotham Hall
1356 Broadway, (212) 244-4300, gothamhallevents.com
Ring in the New Year with style at Manhattan’s historic Gotham Hall. The Grand Ballroom exudes sophistication and timeless elegance along with a touch of modern panache. Complete with a gilded ceiling and a 3000-sqare-foot stained-glass skylight, it doesn’t get much classier. Tickets from $99 to $240 with VIP and mezzanine access.

Times Square NYE Family Fun Fest at AMC
234 W 42nd St, (212) 201-0735, balldrop.com
AMC has a multitude of events to keep all comers happy and festive, especially those with families in tow. The family event goes off on the third level and provides movie concessions, an arcade center, PG-13 movies playing throughout the theaters and party favors for the ball drop, all in a no-alcohol zone. Tickets start at $29 and go to up to $129 for VIP and mezzanine access. Don’t worry, those without children can live it up on three more floors of grown-up parties just steps away from Times Square.

Say it with Music
A party’s not a party without music, and since this is the party of the year…well, there’s going be some good tunes going on. 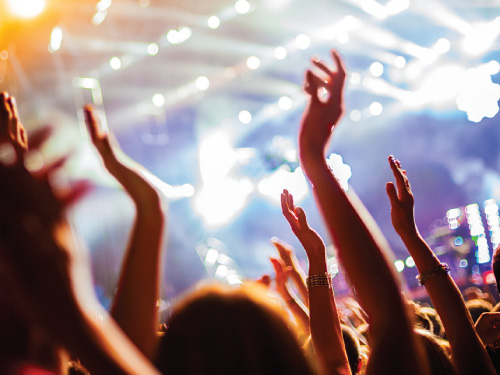 Dark Star Orchestra’s Cosmic New Year’s Eve
The Paramount, Huntington; (631) 673-7300, paramountny.com
Groove into the New Year with the full Grateful Dead experience. There are two nights to catch the act, but New Year’s Eve is the real night to get it shakin’ on Shakedown Street. Tickets are $54-$145, doors at 7:30, show at 8:30.

Elton John
Barclays, (917) 618-6700, barclayscenter.com
If any rocker personifies the flamboyance and extravagance of a New Year’s Eve celebration, it would be Elton John. For the fi rst time in New York City he will headline a NYE show. Party starts at 9pm.

LI Party Rides
Freeport, Baldwin, (516) 376-2244 or (718) 412-8365, lipartyrides.com
Why not make your own mobile party for the big night out? The fleet at LI Party Rides has every conceivable size and setup to suit your needs with 30 party buses and 40 passenger limos. For a girls-only event, they even have a pink Chrysler 300 stretch limo.

Set Sail for the New Year

Empress Yacht
South Street Seaport
(646) 801-2628, worldyachtevents.com
A night this big deserves a megayacht. Aboard the Empress, there are 2 expansive floors that will be rocking with DJs spinning top-40 hits and an open premium bar from 9pm-1am. The five-hour tour will cruise the East River, passing iconic landmarks like Lady Liberty, the Chrysler Building and the Brooklyn Bridge leading up to the live countdown to midnight and the fireworks display. Tickets $99 general admission, $149 VIP.

It’s not known as National Hangover Day for nothing. For practical solutions, turn to page 147 in our “Holiday Handbook.” For more unconventional cures, check out these events sure to clear the cobwebs from addled brains.

5-Mile Hangover Fun Run
East Meadow, lirrc.org
Sponsored by the Long Island Road Runners Club, this annual run may stretch the definition of “fun” for some participants, but it sure will help sweat out whatever you got into the night before. $11 for non-members.

Commitment Day 5k
Life Time Building, Syosset; commitmentday.com
Kick-start your resolutions with an honest commitment. The day begins with pre-race festivities and DJ’ed warmup (because after last night what you really want to hear is some bumping bass beats). Race begins at 10am and ends with a Commitment Day celebration that goes until noon. $20 for adults.

Coney Island Polar Bears Club New Year’s Day Swim
Boardwalk at Stillwell Avenue, Coney Island; polarbearclub.org
We can’t claim it as a cure, but it’ll sure wake you up. Take the plunge along with hundreds of other crazies eager to voluntarily run into icy water. A warm change of clothes and sneakers are highly recommended. Starts at 1pm, a donation of $20 towards Camp Sunshine is suggested.