The holidays are a joyous time of year filled with laughter, love and a ludicrous amount of food and wine. It’s the best time of the year, right? But sometimes Thanksgiving dinner can feel like the starting line of a bacchanalian marathon that extends well into January. One way to stay out of trouble is by shutting the social calendar down for six weeks. But that’s not realistic, or much fun. Instead, adopt a plan to enjoy the next few weeks without feeling bloated, heavy or nauseous the morning after.

THE REVELER’S GUIDE TO ENJOYING THE PARTY

That little voice inside knows when the body’s had its fill. But the spirit of the season—and that third glass of wine—has a way of silencing that vote. The trick is enjoying the dinner party in moderation without feeling cheated.

Start with the food. The richest most decadent dishes take center stage this time of year. Everyone dives right in because, what the heck, it’s the holidays. The key to avoiding overeating is planning ahead and snacking before the party on protein rich items like Greek yogurt or a piece of cheese and some nuts. Keep up the routine of breakfast and lunch, which should leave stomachs welcoming dinner, but not starving for it. 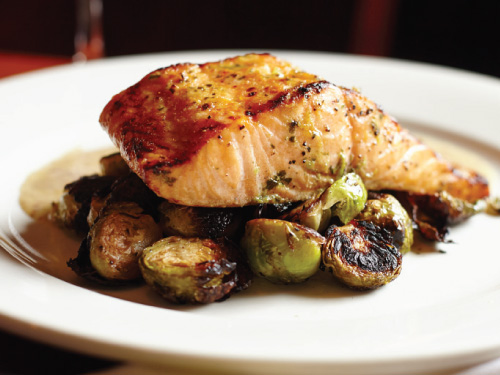 Grilled fish over greens is a smart and tasty choice

At a restaurant, look for the healthiest protein, usually chicken breast or fish, and ask for sauces on the side to control calories. “Even good foods can take a turn for the worse if they’re drowning in calorific sauces or dressings,” said Karen Ansel, a Syosset-based nutritionist. “The ultimate choice would be a piece of grilled fish, with no sauce and a side of vegetables plus a small side salad.” Avoid fat- or calorie-heavy proteins like duck, goose or lamb and ask the server for an extra side of fiber rich, low starch veggies like broccoli, Brussels sprouts or artichokes to keep calories down while still feeling full.

Come dessert things get harder, especially when the cookies come around. Ansel’s approach isn’t to ignore the desire, but rather make sure the stomach isn’t totally empty when bellying up to the sweets platter. “If you know you’ll be nibbling on Christmas cookies, do it after a meal so you don’t eat an entire tray.” Better still, go with a cappuccino or espresso instead, which provides that richness that signals the end of a meal.

Alcohol is the holidays’ most dangerous two-face: The right amount feels great, but one or two missteps not only makes the next day (or days) harder but can also make overeating easier. Knowing the limit of something regularly consumed, like wine or beer is easy, but holiday specific drinks like eggnog or brandy might require a slower pace. Mitigate tomorrow’s headache by varying between alcohol and a diet soda or sparkling water. “Try alternating one alcohol drink with something nonalcoholic throughout the night and stay away from mixed drinks or coolers, which can be higher in sugar,” said Jillian Panzella, a New York City-based nutritionist. 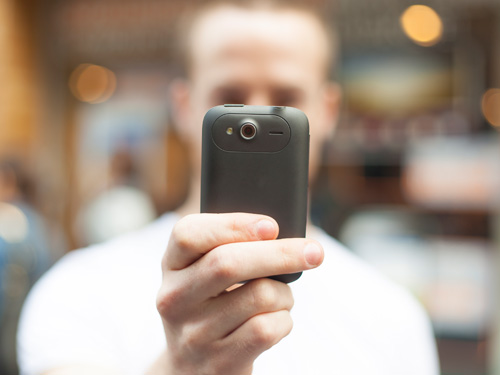 PICTURE PERFECT
The holidays mean lots of photos, especially in the camera phone era. Follow these pro tips from Pulse’s contributing photographer Matt Furman for a pretty picture every time.

Start with the lighting: Always try to get subjects near natural light because tungsten bulbs can give off an orange glow. At night, fit a camera’s flash with an inexpensive diffuser to soften the harsh light.

Mix things up: Everyone tends to line up shoulder to shoulder at parties, which gets stale. “Grab your uncle and give him a hug, it will produce a natural smile and that’s what you want,” Furman said. “You’re trying to catch a moment.” Stagger the subjects a bit by having some stand and some seating. Furman likes to bunch families towards the end of a couch where the armrest provides interesting seating angles.

Watch the background: While no one can prevent a zealous photo-bomber, paying attention to what’s going on behind the subjects pays off. Furman is mindful of furniture so a lamp isn’t sticking out of someone’s head and he avoids TVs whenever possible because they become rectangular black boxes. Take a step or two back for better composition. “We have a tendency to get too close, as if when we’re shooting two people, those two faces should fill the entire frame.” Instead, remember that most cameras and smartphones can crop a photo before sharing.

Postproduction: When Furman’s not shooting with his professional camera he’s using the one on his smartphone and editing those shots with Google’s Snapseed app. Import a photo then adjust everything from contrast and saturation to special effects. The VSCO Cam app uses the smartphone’s camera to make shooting, editing and sharing photos easier. Both are free; iOS, Android. 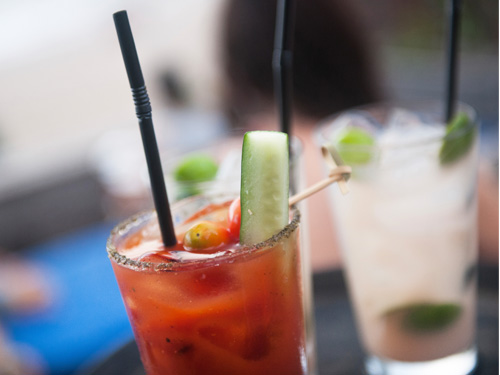 DUCKING THE HANGOVER
Although drinking to excess is not the exclusive domain of the holidays, it sure does seem to happen more frequently this time of year. Think you’re too seasoned to overindulge? Think again. A Center for Disease Control and Prevention study found that nearly $160 billion in productivity is lost to hangovers every year. And the current trends in consumption make it even easier to loose a grip: Wine comes in glasses the size of punchbowls and cocktails take on the flavors of decadent desserts.

Water it down
One of the root causes for the morning after is dehydration exacerbated by the diuretic effect alcohol has on the body. Expect to lose about four times as much water for every drink. Hydrate by spacing one glass of H2O between each cocktail.

Order Smartly
As warming as three fingers of a fine Scotch may seem, ordering drinks on the rocks helps to increase the water intake. Avoid carbonated mixers whenever possible, the gas helps carry the alcohol into the bloodstream faster.

Pace properly
Keep it to one drink per hour—12oz of beer, 5oz of wine or about 1½oz of spirits. That’s about what the average person can metabolize.

See clearly
Generally, clear sprits like vodka wreak less havoc the next day than darker rums or whiskeys. The root of the problem is congeners, the chemical compound in alcohol that contributes to its color, smell and taste. More expensive brands tend to have less of the stuff, so stick with the pricier browns.

The morning after
While everyone has a “cure” for a hangover, the medical community hasn’t really made strides to solve the problem. Maybe it’s payback? Stick with the basics: Take ibuprofen before hitting the sack and again the morning after to help with the headache (avoid aspirin, it can increase the risk of internal bleeding when combined with alcohol and upset the stomach).

The hair-of-the-dog approach through a Bloody Mary helps, if it’s a virgin. The tomato-based drink has salt and fructose to help rehydrate and potassium and vitamin C, which the body needs after a night out on the town, but including alcohol in the mix only slows the body’s recovery. “If that doesn’t help, a big, fat bacon cheeseburger or chocolate milk always seems to work,” said Suzy Ribeiro, a bartender at Tweeds Restaurant & Buffalo Bar in Riverhead.

Gift giving is a big part of the holidays though it can quickly gobble up countless weekends and afternoons searching all over town for that perfect something. The Pulse staff shops. A lot. Here’s how we make it through the season.

Check the Tech
Buying a camera, smartphone or tablet for someone but not sure what to get? We check sites like Best Buy for the average Joe’s review and the more techminded opinions at CNET. Use scanning apps, we like Amazon’s App [free; iOS, Android]. It’s handy for checking the barcode of that camera to see if it isn’t less expensive at another store or website.

Dress appropriately
From the chilly temperatures to the warmth of the car to the even warmer stores, dressing the part can help shopping trips seem less of a marathon. Our favorite go-to: The vest. It’s keeps the torso warm enough from the house to the boutique, but not so stifling that indoor temps cause a meltdown.

Save on Shipping
Putting shopping on the back burner isn’t always a bad thing. Freeshippingday.com lists coupon codes for free shipping from major retailers starting Dec 18.