Snow, sand and surf make for a serene and restful getaway during the winter months. Wentworth by the Sea, a New England resort in New Castle, New Hampshire, offers this enchanting backdrop—plus, no long lines, passports or flight delays. For those only familiar with New Hampshire’s dramatic White Mountains and miles of lush, snow-covered forest, its pristine 18-mile Atlantic coastline can be a spectacular surprise.

Also surprising is the colossal scale and old world, wedding-cake design of the imperial Wentworth by the Sea. The 161-room historic luxury hotel comes into view just beyond Portsmouth, facing Maine across the cobalt harbor. This coastal fl air and the hotel’s grand style provide the perfect scenery to stage a transformative winter retreat.

Wentworth by the Sea offers all the trappings of a New England seaside destination and ocean and harbor views from nearly all rooms provide a sense of context and place (New York City will seem far more than just five hours away). Originally constructed in 1874, the property was once one of more than 200 grand hotels in the mountains and on the coastline of New Hampshire.

By 1982 Wentworth had fallen into disrepair, but it was rescued by the nonprofit group Friends of the Wentworth, along with the company Ocean Properties Ltd., and reopened in 2003 following a $32 million capital improvement program. Upgrades included a new 10,000 square-foot spa and key architectural preservations included the property’s three distinctive Victorian towers. 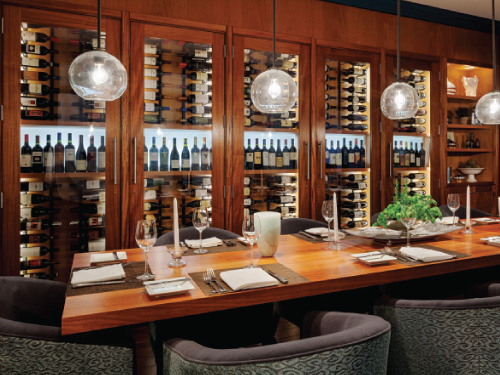 In its golden age, Wentworth hosted Annie Oakley, Gloria Swanson, Harry Truman, Prince Charles and other government and entertainment stars. Its past also includes a role as stately backdrop in the film In Dreams, which starred Annette Bening, Robert Downey Jr. and Aidan Quinn.

While the Wentworth itself has a certain celebrity appeal, the New England coastal culture, whose laidback warmth can be felt the moment you arrive, is the real star. Even as the past is apparent in its historic details—crown moldings, fireplaces and grand rooms—Wentworth has all the makings of a modern luxury resort: indoor and outdoor pools, Jacuzzis, a fitness center, spa and four ballrooms for weddings and events. (A new ice-skating rink at nearby Strawbery Banke’s Puddle Dock Pond is another option in winter.) 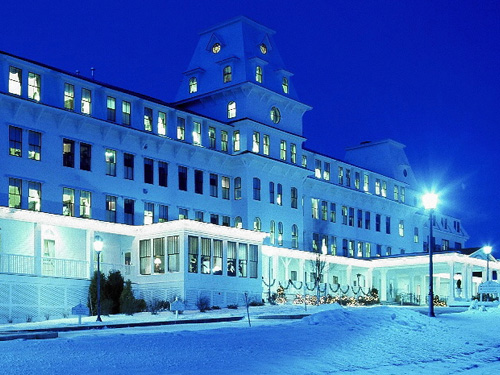 Situated in grand style on New Hampshire’s rugged coast, Wentworth by the Sea is a stunning winter destination.

Reserve one of the property’s three multi-level Victorian turret suites, each offering sweeping 360-degree views, and you will be treated to the ocean to the south and east, and the White Mountains to the north and west. There is also much to see in New Castle itself. At only 500 square acres, the town was first settled in 1623 and is the state’s oldest and smallest town—and also the only one made up entirely of islands.

Fort Constitution on the north side, set on a three-acre peninsula, is considered one of New Hampshire’s most important historic military fortifications. It was built-in 1632 and was one of seven forts that protected Portsmouth Harbor. East-facing Great Island Common offers 32 acres of traditional New England beachfront that’s ideal for a winter walk. Ten minutes away, Portsmouth, a tidy, 17-square-mile city, heightens the sense of history with Colonial, Federal and Georgian-style houses and brownstones.

According to the New Hampshire Historical Society, there were more high-capacity, luxurious, old-world style hotels in New Hampshire in the late 19th century than anywhere else in the country; Wentworth by the Sea offers a 21st century retreat in the style of this grand past. The hotel hosts Thanksgiving, Christmas and New Year’s Eve functions, providing effortlessly festive seasonal celebrations. Even just one weekend among the wintry ocean waves, historic opulence and fresh seaside air will refresh, rejuvenate and inspire visitors to welcome a new year.