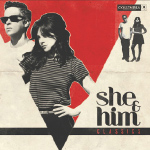 Dusty Springfield’s ‘64 classic “Stay Awhile” is given an indie folk sheen by the duo She and Him (Zooey Deschanel and M. Ward) on their Classics album. Losing the chimes and 60s-era pop earnestness, Deschanel carries off the tune with silky nonchalance while Ward strums Dick Daleesque surf rock. 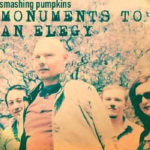 Smashing Pumpkin’s 10th studio album, Monuments to an Elegy, gets an early release in December. The first track “Being Beige” starts as a sparse acoustic jangle that crescendos into Tommy Lee-supplied drums and crashing guitars backing the chorus “This world’s on fire.” As frontman Billy Corgan has remarked about the song, there is something amiss in the world, but we all need love. 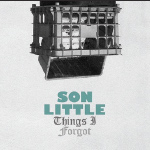 Philly native Son Little (singer/ songwriter Aaron Livingston) dropped a six-song EP, Things I Forgot, in November including single “The River.” It’s a blues-fueled rock and hip-hop lament of unrequited love; on it his voice is soulful, rough-edged and honest. He’s a true storyteller who coexists in the realms of soul, R&B and pop.