I’m the same person I was back then, a little less hair, a little less chin
A lot less lungs and much less wind.
But ain’t I lucky I can still breathe in.
—“On Aging” by Maya Angelou 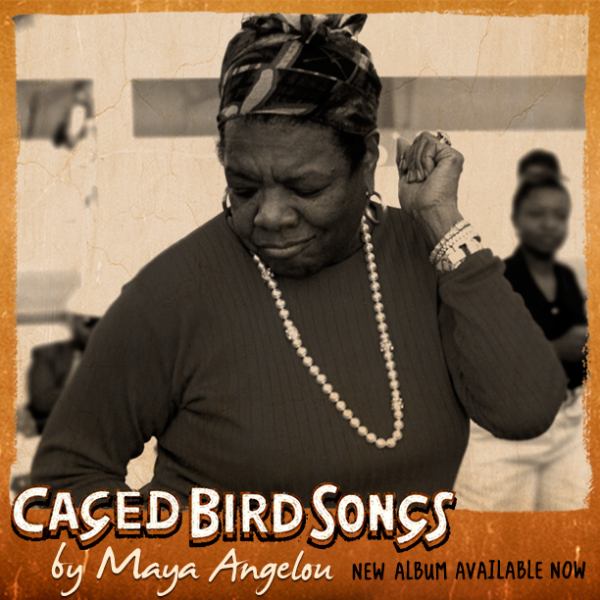 When Bob Schieffer, the host of Face the Nation who recently celebrated 45 years at CBS News, was asked about his favorite interviews he placed Maya Angelou alongside US presidents: “Maya Angelou… was number one. She was just someone you could see yourself sitting around and talking to for four hours and never becoming bored.”

The ever inquisitive Angelou, who passed away last May at the age of 86, wore many hats—author, poet, dancer, singer, actress, playwright, producer, director, professor, civil rights activist—and hip-hop artist can now be added to the list. Angelou had previously worked with Ashford & Simpson and Common and won three Grammys for her spoken word albums but her latest recording project (named after her acclaimed 1969 memoir I Know Why the Caged Bird Sings) is the hip-hop-ified Caged Bird Songs.

Produced by RoccStar (Jennifer Lopez, CeeLo Green) and Shawn Rivera, the lead singer of R&B group Az Yet, Caged Bird Songs is a collection of 13 of Angelou’s streetwise poems and recorded vocal performances set to modern-day hip-hop music. Songs include the funk-infused “Human Family,” the melodic “Life Doesn’t” and the Auto-Tuned “On Aging.”

One of the last projects she completed before she died, Angelou realized its importance: “It’s woven into the tapestry of our lives, and we’re being serious and giving and kind about it,” she said. A lover of music, Angelou acknowledged hip-hop as this generation’s way of communicating and her grandson, Colin A. Johnson, said he hoped the record would help connect his grandmother’s work to a younger audience. Angelou’s spirit lives on through the recording and Johnson and his father, who founded Cage Bird Legacy, intend to release more projects that Angelou had in the works.