If you’ve been reading this column for any length of time you will most assuredly know that character is of paramount importance to me when it comes to visual storytelling. Coupled with that is the acting ability of the professionals inhabiting those fictional people. The best story in the world completely falls apart if the characters and the actors portraying them aren’t convincing enough. However, terrifically acted, layered characters can raise up even the most mundane story and make it something special. CBS’ veteran cop drama “Blue Bloods” is almost an embarrassment of riches as it is consistently well-acted and written. 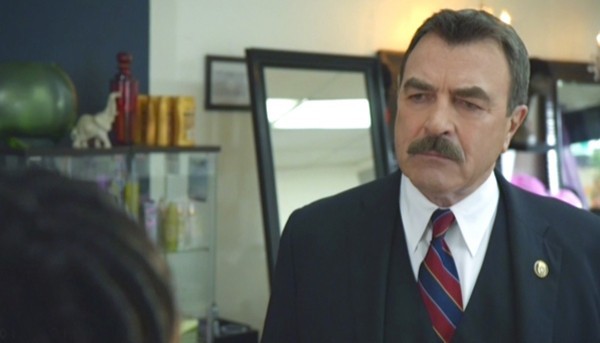 The central character of the show is Police Commissioner Frank Reagan, played with an effortless combination of affability and gravitas by Tom Selleck. Frank is a widower son of a cop as well as father to three cops (one of which was killed in the line of duty prior to the first episode) and an Assistant District Attorney. Selleck plays Frank as a man who clearly carries the weight of the entire NYPD on his shoulders as well as a father who has to stand aside as his grown children make their own way in the world. Selleck generally plays the Commissioner with a truthful conviction and zeal that I haven’t seen him bring forth since the final season of “Magnum P.I.” and it is awesome to behold. 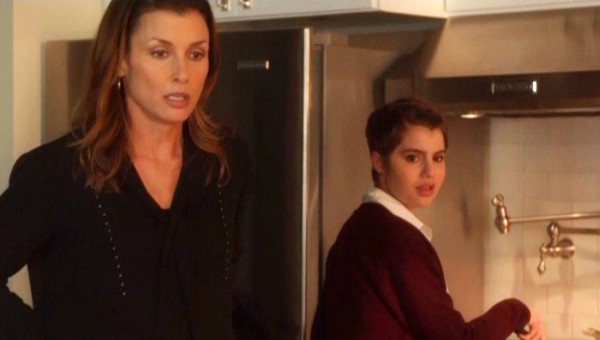 “Blue Bloods” is a show about family, specifically the Reagan family. The patriarch, Henry (Len Cariou) is sparingly, yet very effectively used. He is often the voice of a by-gone, stern era of policing, but perhaps the moral middle ground for all of the Reagans. One of the more empowering relationships is that of Frank’s daughter, Erin (Bridget Moynahan) and her own daughter, Nicky (Sami Gayle). Erin is a bright ADA and wonderful single mom while Nicky is a confident young woman. They are not only positive and strong female characters, but an example of a healthy mother-daughter relationship. They both do not need to have men in their lives, however much they may sometimes want to, but are equally supportive of and supported by the Reagan men. 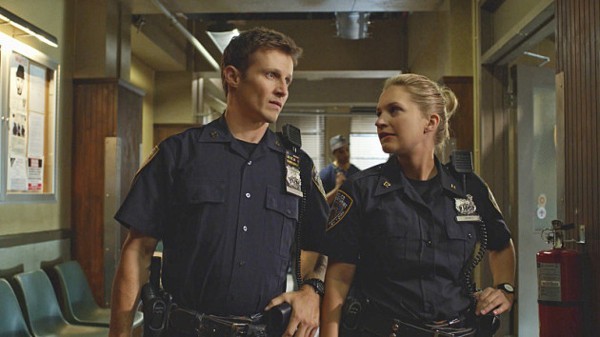 Youngest son, Jamie (Will Estes) is a beat cop with a partner, Eddie Janko (Vanessa Ray). The fact that they are so in love with each other is so blindingly obvious to everyone but them. That may not be entirely fair as apart from an alcohol-fueled kiss the two have remained completely professional. There are times where they are written more like a couple of siblings, so it may be that the writers may not be entirely clear where the two are headed. In fact, the possibility of romance between the two was addressed by their commanding officer at the top of the season, but quickly dismissed by Jamie. The two continue to dance around the subject so we’ll possibly see where it all leads. 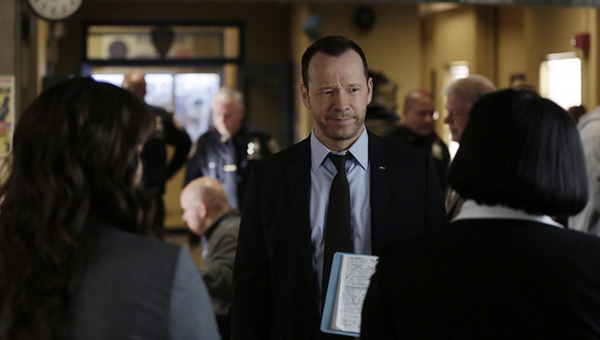 Danny (Donnie Wahlberg) is the oldest son and the hottest tempered. He has been a detective who has been on the job for over a decade. He is a dedicated detective as well as a loving husband to Linda (Amy Carlson) and dedicated father to Sean and Jack (Andrew and Tony Terraciano). Danny has had a few professional partners over the course of the series, his current being Maria Baez (Marisa Ramirez). Unlike the Jamie-Eddie dynamic, Danny is happily married and he and Baez are most definitely just friends, albeit close ones. The two are a most effective team, who sorely tested their long-suffering and newly promoted former boss, Sgt. Gormley (Robert Clohessy) and try the patience of their new chief, no-nonsense Lt. Carver (LaTanya Richardson). 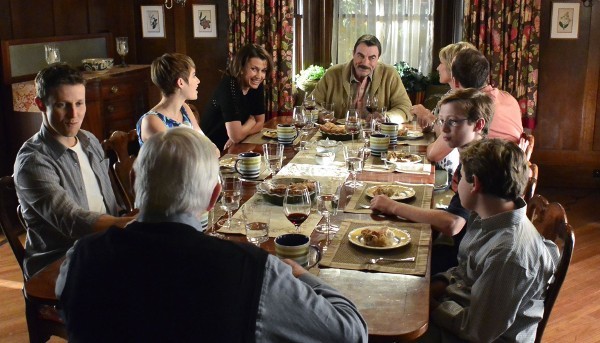 The constant element in every episode is the Sunday dinner that the Reagan family shares. This not only serves to show how the family communicates, but is also the point of each episode where many of the themes and storylines get hashed out from multiple viewpoints. That is one of this shows strengths, in that it doesn’t shy away from or turn a blind eye to the latest headlines. While it could be argued that the show is highly pro-police, that isn’t necessarily a bad thing. It does acknowledge that police are fallible, like all of us, and that there are definitely times where they cross the line and actually do the harm they are sworn to protect us from. But in examining all aspects and recognizing all points of view it shows us the best and worst of the human condition. That’s what all the best drama does and this one, “Blue Bloods,” is very much worth paying attention to.