Up and down the east coast shingle style homes remain a mainstay of American architecture. They’re the homes of summers by the shore and winters spent tucked inside by the fire. The East Hampton Historical Society celebrates the beloved architecture style during the 2014 East Hampton House and Garden Tour.

This year’s tour, “Up & Down the Village Lanes,” looks at the role of the shingle in East Hampton with tours of five homes and gardens. While some of the homes are historical and others are contemporary all are shingle styled. 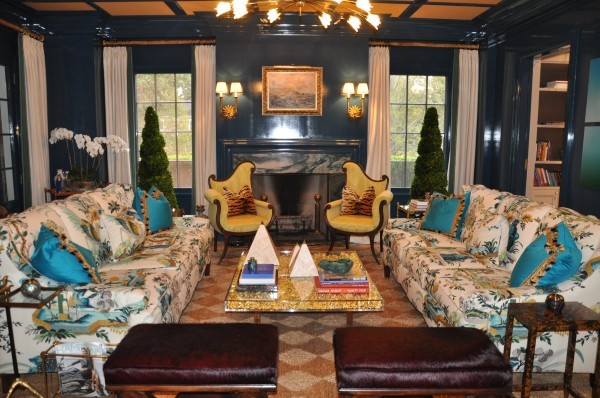 Celebrated interior designer, Celerie Kemble, added her signature style to the interiors of a shingle style compound on Buell Lane.

“We believe it is the mix of architectural styles – from the turn of the century to today – that gives East Hampton its unique character and flavor,” Barons said. “Our House Tour Committee has creatively selected five homes that uniquely express the spirit of living on the East End. Different yet complementary, these private homes invite the viewer to ‘look inside’ some of East Hampton’s most alluring homes.”

East Hampton House and Garden Tour goers will be able to peek inside each of the five private homes. The tour takes place on Nov. 29 from 1 to 4:30pm.

Different yet complementary, these private houses invite the viewer to “look inside” and admire East Hampton’s past and present. Tickets to the self-guided 2014 East Hampton House & Garden Tour are $65 in advance and $75 on the day of the tour. All ticket proceeds benefit the East Hampton Historical Society.

“This is one of our most important fund-raisers,” event chairman, Joseph Aversano said. “So while you’re contemplating a magnificent swimming pool and cabana, an alée of hydrangeas connecting one garden to another, or a historical Osborne property, your dollars will be hard at work supporting the East Hampton Historical Society and its museums.” 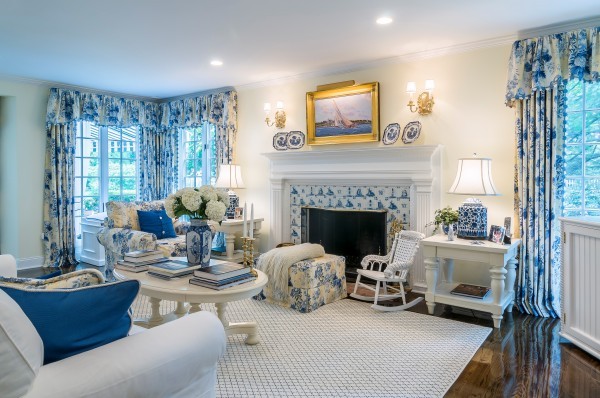 A tile mural of Benjamin Huntting’s Whaling Ship “Lucy” frames the hearth of Egypt Lane, one of five homes on the 2014 East Hampton House & Garden Tour, scheduled for Saturday November 29th from 1pm to 4:30pm.

A kick-off cocktail party takes place on Friday, Nov. 28 at the historical Maidstone Club. Tickets to the opening cocktail party cost $200 each and include entry to the house tour the next day.

For more information and to purchase tickets to either the cocktail party contact the East Hampton Historical Society: