While Borders and Tower Records closed their doors with the ascent of Amazon.com and iTunes, and most Long Island used book and record stores joined them in extinction, two businesses have stemmed the online and digital revolutions.

Richard Klein opened Book Revue at a 3,000-square-foot storefront, at 313 New York Ave. in Huntington, with his brother, Robert, in 1977, selling used books. A decade later, though, they incorporated new releases that now comprise most sales.

“We’re resourceful, we’re nimble, we’re flexible, we do more of what’s working and less of what’s not,” Klein said of his expanded 17,500-square-foot-store.

When Looney Tunes opened at 31 Brookvale Ave. in Babylon in 1971, the store sold new records, but when CDs arrived in the mid-1980s, LPs were entirely eliminated. Vinyl, however, has made a semi-comeback and accounts for 30 percent of the store’s sales. 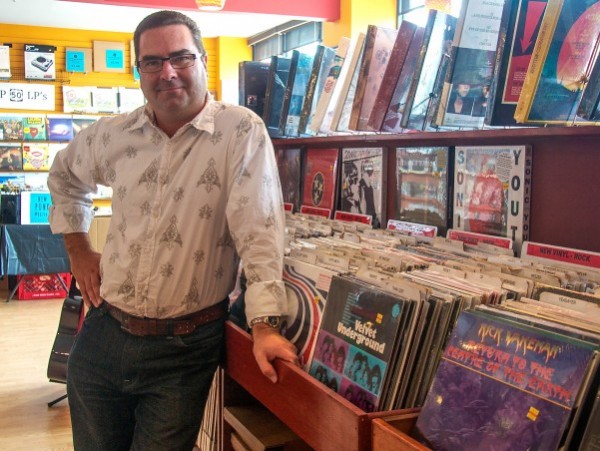 Karl Groeger Jr. took over the Looney Tunes in Babylon from his father in 1988 and turned it into one of the top new and used music stores in the nation. Photo: Joseph Kellard

Owner Karl Groeger, who likens Looney Tunes to a horse and buggy business when automobiles were the rage, said he has simply abided by 101 economic principles.

“It’s not necessarily what the store wants to do; it’s listening to the people who are walking in our front door and trying to cater to their demands,” he said.

Groeger also cites discount pricing and a vast selection of music as keys to his store’s survival. One day last month, his first customers were a 15-year-old girl who purchased Lady Gaga’s new CD and a 87-year-old women seeking Glenn Miller tunes.

Similarly, Book Revue stocks books across many categories, from philosophy to sports to childrens. But the store generates 40 percent of revenue selling wholesale books to schools, libraries and business nationwide. Its combination of new and used books and publishers’ markdowns is rare, Klein said, comparably only to Strand in Manhattan and Powell’s in Portland, Ore., Klein said. 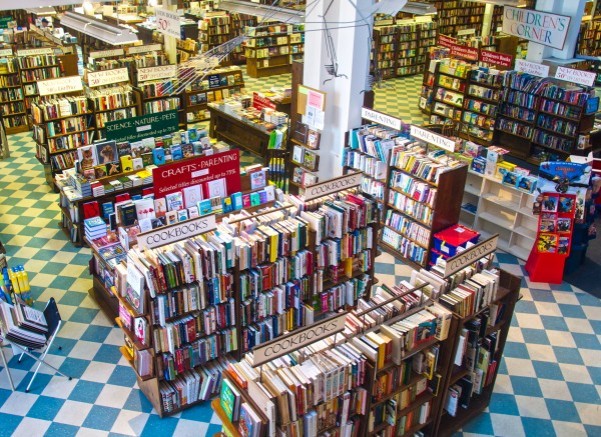 Book Revue in Huntington has survived the age of Amazon.com and remains one of the top independent bookstores in the nation. Photo: Joseph Kellard

But Book Revue is probably known best for its authors’ readings and book signings that have included everyone from J.K. Rowling to President Clinton to Yankees great Mariano Rivera. It also host book club meetings, storytime for kids and many other events, and patrons enjoy good conversation over coffee at its cafe.

“I want people to feel comfortable and not feel any pressure that they have to buy something if they come and sit on the couches and read books,” Klein said.

Likewise, Looney Tunes has transformed from a place to buy new and used CDs, concert T-shirts and turntables into a social destination. During the 1990s, Groeger installed a stage at his 5,000-square-foot store to host live musical acts that have included Ozzy Osbourne and Queensryche. It has contributed significantly to the store’s longevity, he said. 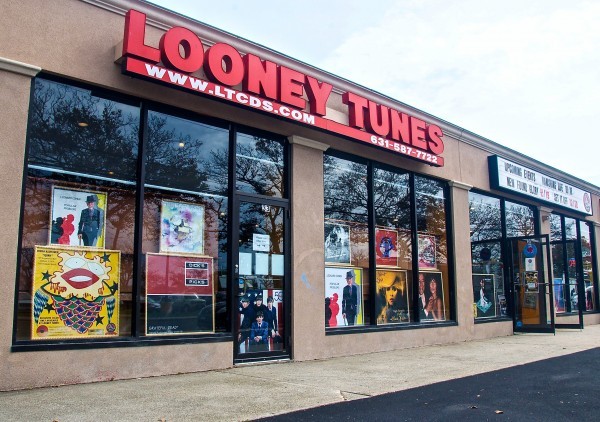 “We have listening stations and cell phone charging stations, and we’re thinking about putting a popcorn machine up front where people can come in and get free popcorn,” Groeger said. “It’s anything you can think of to have a good experience here.”

Even in our ever-growing digital world, where media is stored in ethereal-like “clouds” instead of bookshelves and CD racks, these independents continue to capitalize on enough people, old and young alike, who enjoy holding a paperback, or slipping a record from an artistic album cover and dropping a needle on it.

Groeger believes vinyl records have revived in part because more youth who download single songs have learned to appreciate listening to those tunes in the full context of their albums. 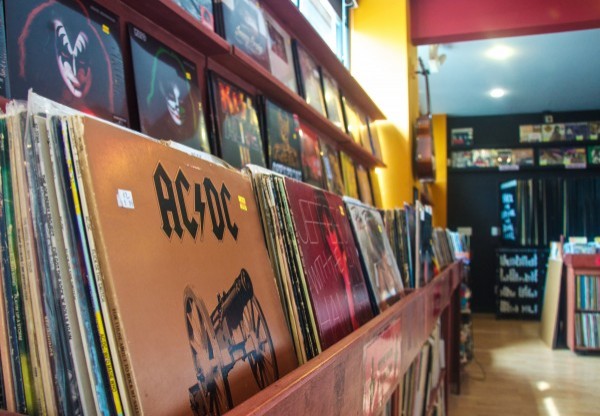 After they were entirely eliminated from Looney Tunes with the advent of CDs in the 1980s, vinyl records account for 30 percent of the store’s sales today.Photo: Joseph Kellard

“An album is just like a book,” said Groegor, who owns a label, Brookvale Records. “You can’t just take it out and read chapter six without reading the whole story to begin with. The album art form is coming back. People are realizing it’s a whole story.”

Klein believes serendipity accounts for what makes stores like his and Looney Tunes special. That is, patrons often visit to search for and find that rare or long-lost book or album.

“You can find all kinds of out-of-print, unusual books here,” he said. “You don’t know what you’ll find. You can find anything. And that’s part of the fun of it.”