There are aliens among us.

That’s how it might seem when you’re dealing with members of the opposite sex. You often feel, for instance, as though you speak different languages. Surely, you see the world in ways they don’t, and they intuitively understand certain things you never will – hence, they must be from another universe or… something.

But you love ‘em anyhow, and so does Laura Kipnis. In her book “Men: Notes from an Ongoing Investigation,” she writes about some she’s known.

While rifling through a bunch of her old critiques and essays, Laura Kipnis, a “daddy’s girl who grew into a wayward woman” realized that many of those articles were about men, mostly those of the rascally, “immoderate” kind.

Despite having written extensively about them, “men are still a foreign country,” she says, but she’s drawn to them, particularly those who “laugh too loud and drink too much… who have off-kilter politics and ideas.”
Men like Larry Flynt, publisher of a notorious men’s magazine, about whom Kipnis wrote, never thinking that she’d actually meet him – but she did, several times. His magazine was “disgusting” but she found Flynt to be an interesting, multi-layered convention-breaker. He “challenged” Kipnis at her “corked-up core.” 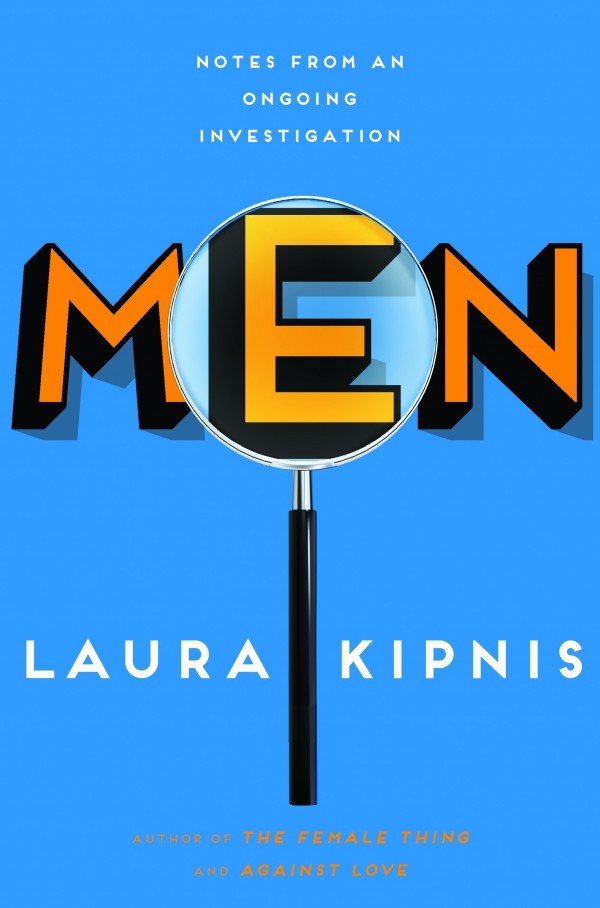 Or, men like Ron Galella, “celebrity stalker-photographer” who trailed Jacqueline Kennedy Onassis for much of her life. He annoyed her, sued her (and vice versa), and paid little attention to court orders in order to get her picture. Today, he considers Onassis as somewhat of a muse but, says Kipnis, “it’s not exactly evident that being an artist and being an upstanding guy were ever one and the same thing.”

There are the “juicers” who are criticized for doing whatever it takes to get a leg-up on the competition. There are the vulnerable and “Lotharios,” both of whom seem to make a mess of relationships; and men who get into trouble for their bumbling attempts at “regular human mating conduct…”

Overall, says Kipnis, there’s “something delicious” about the list she’s made here “in search of our split-off other halves…” It’s not a definitive list, and was never meant to be so. Still, she promises, “Consider this an interim report.”

While I have to admit that “Men: Notes from an Ongoing Investigation” is wonderfully, wickedly barbed, it’s also a bit of a challenge.

Author Laura Kipnis points out a lot of things that many women aren’t brave enough to say out loud or, in this case, to put to paper. Her insights are as sharp as her wit but, because of the many literary references and nods to other critics here, there’s a definite East Coast / New York aspect to some of what Kipnis writes. That may not resonate quite so well with anyone unfamiliar with those figures.

Still, savvy readers will be rewarded by filling in those blanks, which enhances the observations and the enjoyment. If you can do that, you’ll understand that “Men: Notes from an Ongoing Investigation” is, down-deep, a profane, zinger-filled love letter to the bad boys of this world.