When the new series “The Flash” was announced over a year ago as a companion series to “Arrow” there was the hope that the two shows would crossover at some point. After all, the man who would be The Flash, Barry Allen (Grant Gustin) made his debut in a two-part “Arrow” story, at the end of which he met with the accident that gave him his super-speed. Eventually, it was officially announced that there would be an event crossover between both shows, but it was soon apparent how linked they would be. 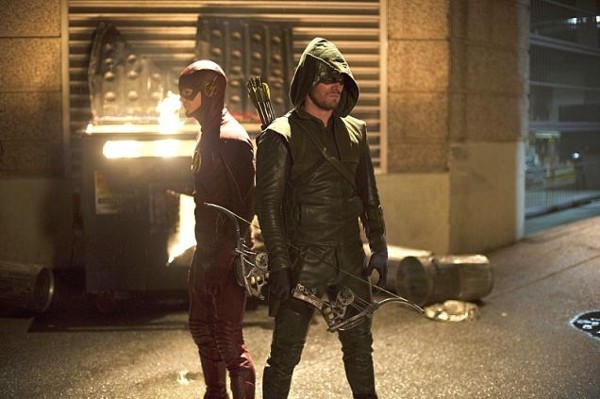 There have been some cameo appearances of characters on each show to whet the appetite, but this week we got what we’ve all been waiting for. What’s interesting is that, at their core, both shows have some striking similarities, but this crossover also highlights their differences. And far from being any sort of stunt aimed at a ratings grab, major events occurred on each show, characters influence each other and both series come away stronger than ever. 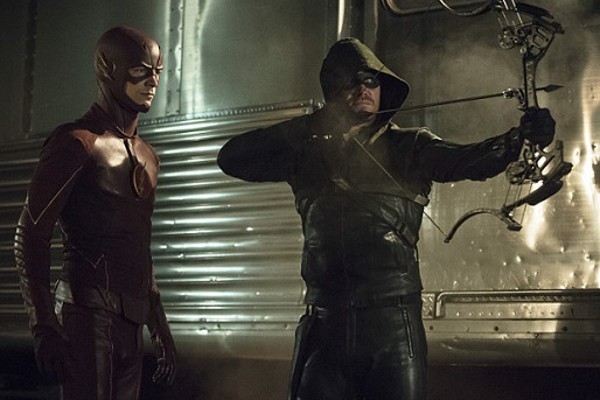 The very end of last week’s “Arrow” saw a man murdered by high-tech boomerang. Investigating the killing leads Team Arrow to Central City and this week’s “The Flash.” While Oliver/The Arrow (Stephen Amell), Felicity and Diggle (David Ramsey) follow their lead, Team Flash have a new meta-human to contend with, one who induces uncontrollable rage in people. During a break in all the hoopla, Ollie decides Barry needs a little training, but that and his aggressive crime-fighting techniques engender the ire of Barry’s two father-figures, Joe (Jesse L. Martin) and Dr. Wells (Tom Cavanaugh). 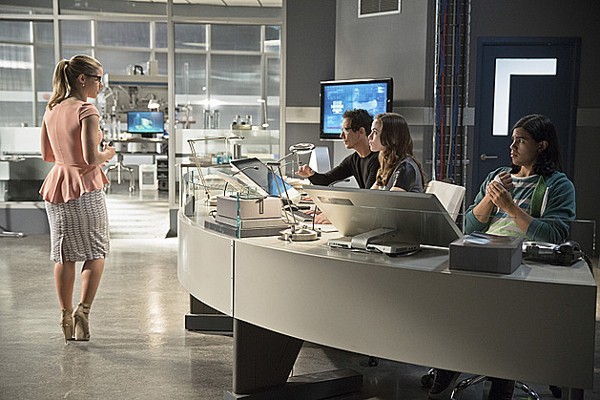 Eventually everyone settles their differences and the bad guy is caught, but not before a misguided Flash earns a new enemy. Rushing in to confront the bad guy, Barry gets infected and lets loose his inner-rage on Eddie (Rick Cosnett), the boyfriend of Barry’s life-long love, Iris (Candice Patton). That attack gives Eddie the leverage to start up a police task force intent on capturing the Flash. After a brief, but awesome, hero versus hero fight, Barry learns to be a better and more cautious crime fighter from his pal Oliver. It all ends with a fiery coda showing that someone once thought dead is back as a meta-human. 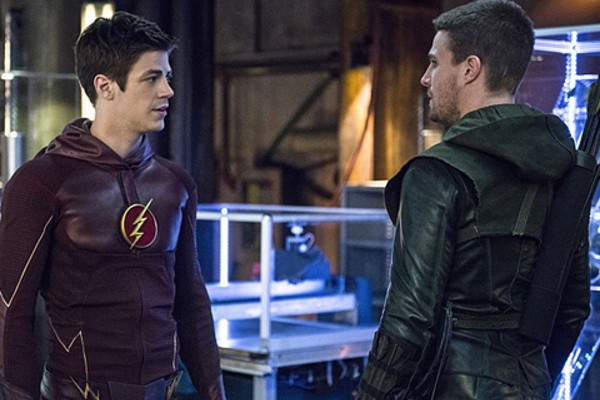 Back in Starling City, and over on “Arrow,” a visiting Cisco (Carlos Valdes) and Caitlin (Danielle Panabaker) assist Team Arrow in tracking down the Boomerang, while Barry teaches Oliver that being a hero doesn’t mean giving up your humanity. Things get very serious when Diggle’s significant other, Lyla (Audrey Marie Anderson) is revealed to be the bad guy’s target and is nearly killed. Of course, the good guys prevail, Diggle finally proposes to Lyla (spoiler: she says yes) and Team Flash updates the Arrow’s costume. 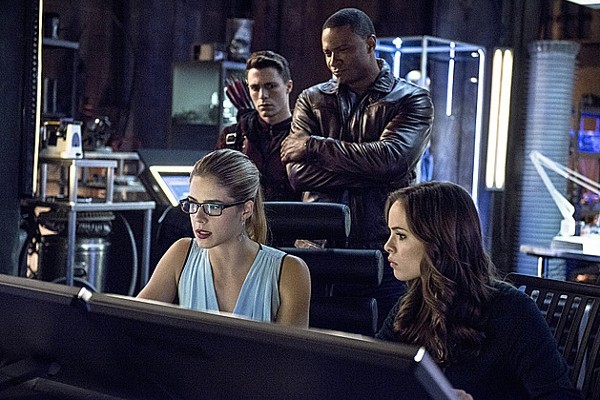 The fact that “The Flash” is a lighter show than “Arrow” is a plot point in both episodes. Interestingly, it also gives a slight narrative nudge to each show. Barry learns to take things a little more seriously and becomes a better hero for it. Oliver learns that he doesn’t have to be as aggressive as he has been in order to protect his city. True, both characters were already moving along these paths, but it’s rather cool that their interactions with each other could make these lessons even more clear. I hope that each show continues to be influenced by the other and I look forward to more interactions between the two. With any luck, this kind of crossover will be an annual event. Looking at the ratings I expect there will be plenty of chances for the brave and the bold to team up.