Inside a nondescript building in Syosset is a school at the forefront of the changing healthcare system. For more than 30 years the New York College of Health Professions has taught holistic medicine. The school started as a clinic in 1976. Patient requests to learn the techniques led to the creation of the school.

“For years Western medicine has been focused on ‘I feel bad, let’s treat it,’ vice president of New York College of Health Professions Barbara Carver said. “This is let’s keep the whole body well.”

It’s a traditional philosophy of Eastern medicine but one that is gaining acceptance in the U.S. New York College of Health Professions is one of the only nonprofit holistic colleges in the country. The Oriental Medicine Program includes graduate degree programs in acupuncture and herbs. The School of Massage Therapy also has a masters and bachelors program. There is a holistic nursing program and also courses for yoga and Tai Chi instructors. 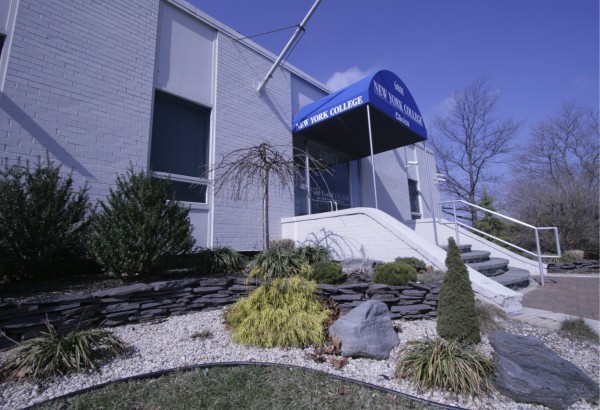 In any given year 40 percent of all Americans include some sort of complementary or alternative medicine into their healthcare. As the industry continues to grow so does the way in which it integrates with Western medicine. Some of New York College of Health Professions’ graduates go on to work in hospitals in pain management, while many go into business for themselves.

“The philosophy of helping people draws many people to the school,” Carver said.

While the industry has grown it remains a second-career path for the majority of students at New York College of Health Professions. Carver said the school participates in college fairs at high schools but the majority of students are adults looking for a change of career. While a commuter school, New York College of Health Professions draws in students from around the area. The school has three locations in Manhattan: Upper West Side, Midtown and SoHo.

“We went where the students are,” Carver said.

As part of their schooling the diverse group of students all learn yoga and Tai Chi in an effort to be full body practitioners.

“It’s more intense than people believe, you have to commit,” Carver said.”

The clinic remains an important part of the organization with students doing clinical internships. What started as a small clinic on Long Island has become one of the largest clinics on the East Coast with a school at the forefront of the changing medical industry.