Sometimes it’s a good thing when the kids are bouncing off the walls, at least if they’re at Bounce! Trampoline Sports in Syosset.

Inside the massive 52,000 square-foot converted warehouse, bouncing off the walls is encouraged and celebrated.

If that name sounds familiar it’s because in a different life, Fried was the proprietor of New York City’s famous nightclub, The China Club. 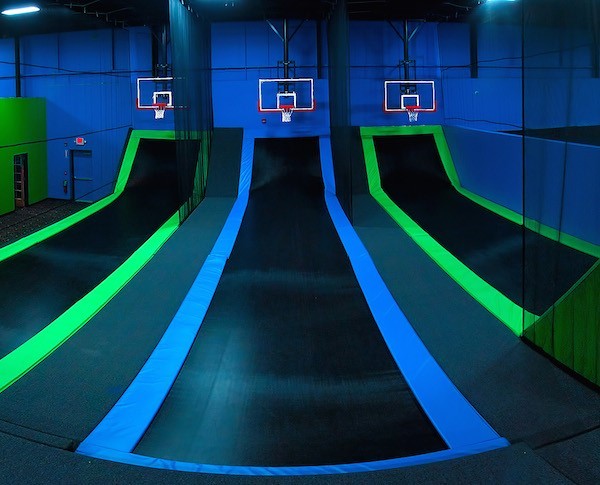 After Fried sold The China Club in 2010, he was looking for his next venture when he came across an indoor trampoline park in California. He decided to bring the idea to New York, first opening a location in Valley Cottage, NY then in Poughkeepsie and finally in Syosset. Soon a franchise will open in Naples, Florida.

The Syosset location has become the company’s flagship location and is the largest.

There are five party rooms, plus two party spaces on the floor. Bounce! Trampoline Sports sells time to leap and bounce in 60, 90 and 120-minute increments, with thousands of kids passing though a week.

There is a slam-dunk basketball court, doge ball courts and a pit of foam to jump in, all based on trampolines. 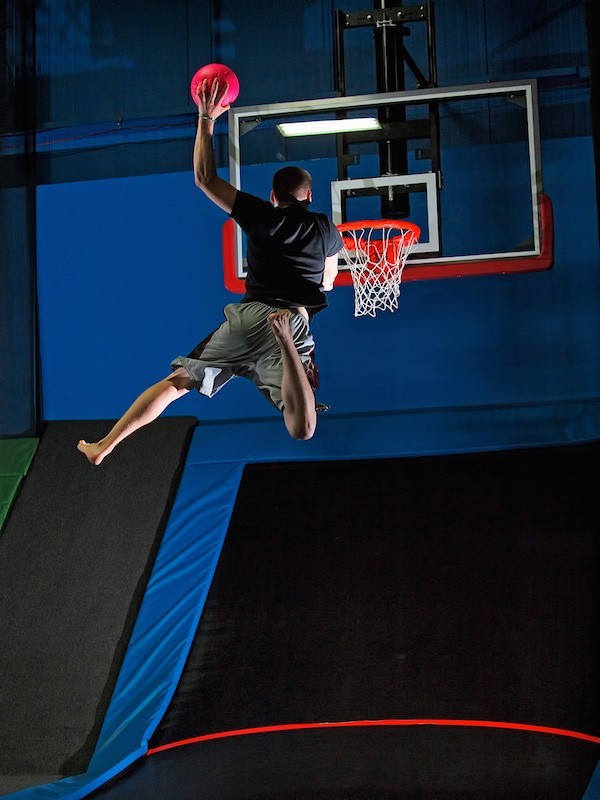 Friday is teen night, Wednesday is college night and there is toddler morning time. The rest of the time the space is divided up by age with employees supervising the action and viewing areas for parents and a parent’s lounge that includes Wi-Fi as well as a snack area.

“Everybody’s got a smile on their face, everyone is having a good time,” Fried said.

His partner Bruce Kataz was an executive in the car business when he decided he wanted a change.

“Who you spend your day with is very important,” Kataz said.

At Bounce! Trampoline Sports those days are spent with smiling kids and parents.

Related Content
Bounce! Trampoline Sports
Jump To It: Sky Zone’s indoor trampoline park offers a workout that can help any body bounce back
Jump Around: Rebounders are fun and a killer workout