“There’s been a great community response,” Zaya Givargidze who owns and operates the location with his franchise partners Jimmy Petrakis and Billy Petrakis said. 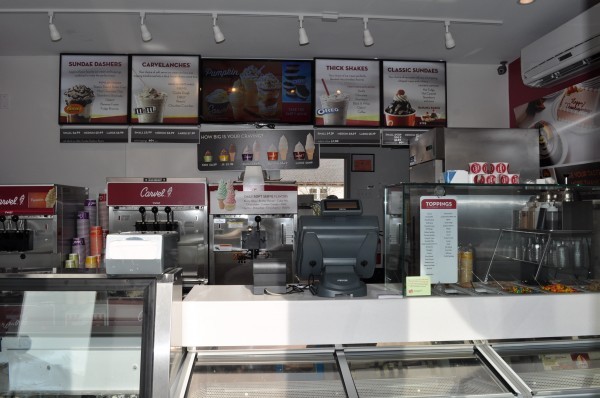 The location features 13 soft serve flavors thanks to a unique machine set up. The most popular flavor is nutella Givargidze said. The inviting shop feels warm in the middle of winter with its wood-finished floors and vibrant colors. It’s part of the new Carvel shoppe design, which the 80-year brand unveiled in 2014.

“We are thrilled to open our newest shoppe in Long Beach, which marks continued growth and demand for the brand in New York,” Scott Colwell, president of Carvel said.

There are nearly 200 Carvel locations in New York and Givargidze now owns two of them.

Givargidze is a second-generation shoppe owner. He also operates the Massapequa location his family opened in 1969.

“We hope to serve residents for years to come, continuing the tradition my family started more than 40 years ago.” 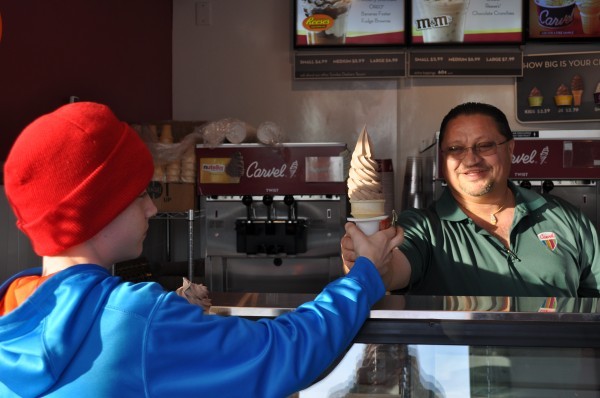 Givargidze partners Jimmy and Billy bought the land the shoppe sits on which currently had a small old storage building on it. They completely rebuilt the location.

The location is Kosher certified by Rabbi Yisrael Mayer Steinberg and has a certificate of Kashrus by the South Shore Vaad. All of the shoppe’s products are prepared in compliance with Hilchos Kashrus.

Carvel in Long Beach is located at 975 West Beech Street and is open seven days a week, 11 am to 10 pm, find them online at carvel.com.