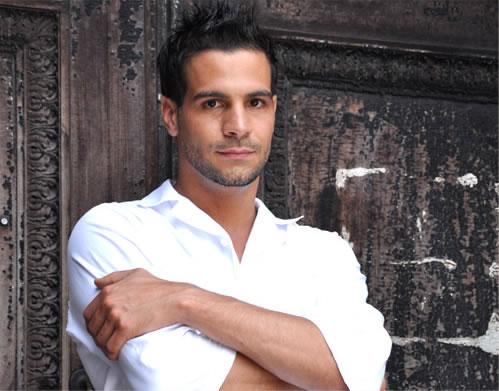 With January in full swing, it’s that time of year again to detox and fuel the body with goodness, which for most people was highly neglected during the festive season. With ‘Dry January’ taking precedence over most things, famous chef Angelo Sosa had some post Christmas secrets and healthy cooking tips to share. He revealed his love of healthy eating, cooking with his family, his challenging stint on Top Chef and his new passion leading up ‘Sosa Consulting Group’, which is comprised of forward-thinking culinary professionals who combine business operations with innovative cooking talent.

Having grown up in a large family, with a Dominican father and an Italian mother, Sosa’s role as sous chef to his father was established early on, at the mere age of six.

“Cooking is life, it creates families and stories,” Sosa said.

This head start led to some successful ventures, as he finished as runner up in the seventh season of Top Chef, just losing out to Kevin Sbraga.

“Top chef was one of the most challenging things I’ve ever done in my life,” Sosa said.

Sosa spoke candidly about his love of food, but most importantly his admiration of healthy eating and cooking. He said far too many people are under the misconception that eating healthily is synonymous with boring choices and bland meals. 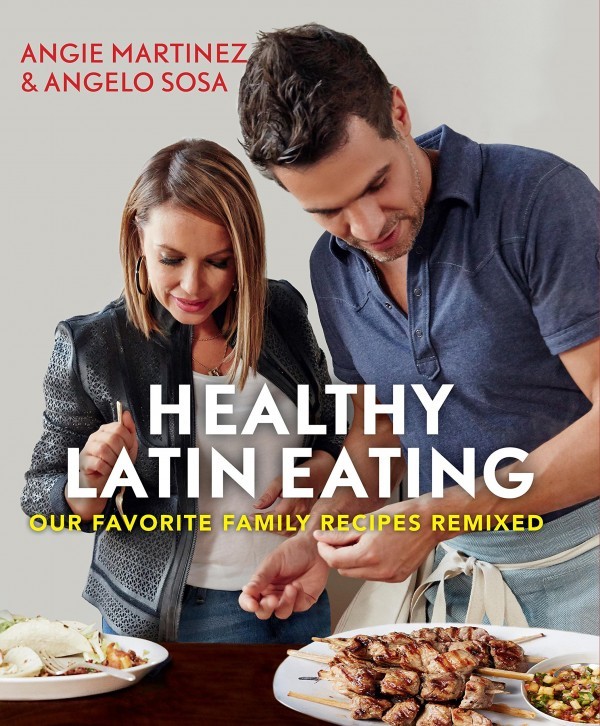 In order to deter from the mistaken belief that healthy food is lacklustre, they both revealed some of their top secrets to spice up a dish.

All their recipes blend the art of Latin cooking with healthy eating. Sosa’s and Martinez ‘s combined backgrounds of Cuban, Dominican, and Puerto Rican mean the pizzazz and spice are intrinsic in all their meals. From classic recipes like ropa Viejo, arroz con pollo, red quinoa con pollo, guacamole verde and a healthy vitamin infused tropical smoothie, everyone can enjoy eating the food they’ve grown up with, but without the guilt. Sosa said to making the a classic yet healthy red quinoa con pollo just as tasty as the rice version is to extract the correct flavors. It was his father who taught him how to really bring about the flare and flavor of a dish through the magic of spice.

Cooking resonates deeper than just food for Sosa, it is a way for him to express and experiment.

“Cooking is about the soul, about living and breathing – it is a way for one to tell and share stories with others,” Sosa said. 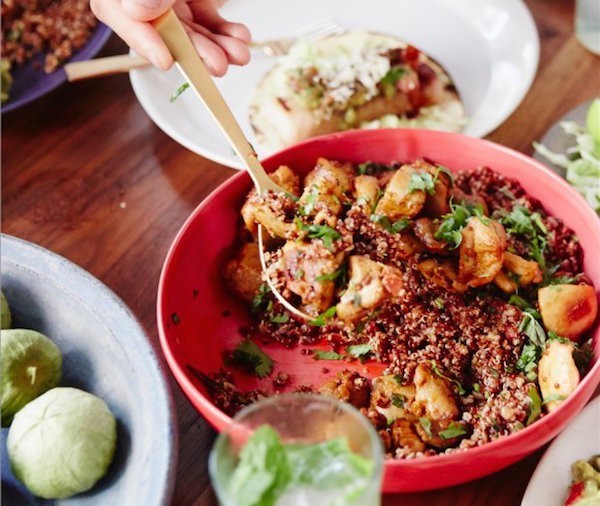 Red Quinoa con Pollo  from “Healthy Latin Eating”
Serves 4
Time: 50 minutes
There are several Latino versions of arroz con pollo. But no matter how you make it, traditional rice with chicken is heavy on the carbs. Sosa’s take on this classic is ideal as the white rice is replaced with quinoa — a whole grain packed with protein, fiber and iron. In order to really ignite that Latin flare, onions, garlic and a little ginger are some of the essential ingredients. Here is a list of all the ingredients you need to make this succulent dish.

Directions
In a large bowl, combine 1 tablespoon of the olive oil with the chicken, half a teaspoon of salt, the paprika, the cumin, and the turmeric. Toss well and let sit at room temperature for 10 minutes.

Meanwhile, heat 2 tablespoons of the olive oil in a medium saucepan over medium-high heat. Add the onion, garlic, and ginger and sweat until aromatic, about 6 minutes. Add the quinoa and stir to combine. Add two and a half cups of water and bring to a simmer. Stir in the tomatoes, oregano, and cilantro, then cover. Remove from the heat and let steam undisturbed for 20 minutes.

In a large skillet over medium, heat the remaining 2 tablespoons olive oil. When hot, add the marinated chicken and cook until golden on all sides, 3 to 5 minutes.

To serve, fluff the quinoa with a fork and season it with salt. Transfer to a large platter, top with the chicken, and garnish with the olives and cilantro sprigs and voilà!