Pioneer Brewers is an ongoing series profiling Long Island’s first brewery for alternating proprietorships, The Craft Microbrewhouse at A Taste of Long Island, in Farmingdale. The second installment explores 1940’s Brewing Company, owned and brewmastered by… 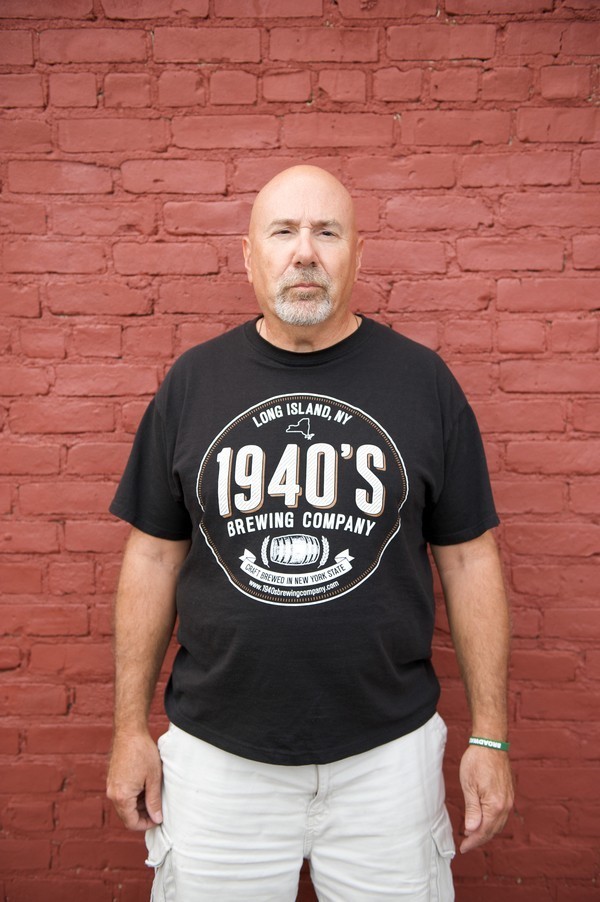 “I’m retired now,” says Charles Becker, his voice emanating from a speakerphone in my father’s office in Long Island City. A long silence follows his statement, which, due to my father distractingly shoving a Daily News story on the lowly New York Knicks in my eyeballs, I have mistakenly interpreted as “I’m tired now.” Uh. I’m tired, too. I’m gonna take a nap with my cat when I get home, I finally reply. Becker quickly corrects me before I start discussing our matching sleepwear: “Oh no. Retired, not tired. I actually feel the opposite of tired now—I started this second career! Age is nothing but a number. At 63, when most are thinking about slowing down or doing it, I did this. It’s something I really wanted to do.”

This, the “something I really wanted to do,” was launch 1940’s Brewing Company. A resident of Old Bethpage, Becker became the first of The Craft Microbrewhouse at A Taste of Long Island’s three tenant brewers (Po’ Boy Brewery and The Brewers Collective are the others) to start making, packaging, and selling beer from the commercial kitchen’s new brewery last September. His foray into professional brewing follows his great-grandfather, Joseph Weingand, who worked at a brewery—unknown to Becker, but based in New York City—during the 1800s, and his father, Walter Becker, who ascended the rungs of Rheingold Beer to assistant brewer during a 41-year career at its Brooklyn facility. Becker fondly recalls filling his father’s ornate mug at Rheingold’s annual company picnics as a child. “I was also filling my own mug, trust me,” he laughs.

Before his father started at Rheingold, which, at its apex during the 1960s, was the one of the country’s largest breweries, he graduated from the U.S. Brewers Academy in 1940; the same year, he married Becker’s mother. “That’s why I picked the name 1940’s. Family is very important to me,” Becker says. This importance is also evidenced in the close relationships with his two children and, subsequently, their love of beer: he homebrews regularly with his daughter, Anne Marie, while Joseph, his son, handles 1940’s branding.

Becker started homebrewing in 2008, in his fifties and nearing the end of a 40-year accounting career. He joined the Long Island Beer & Malt Enthusiasts (LIBME) and made beers with the island’s largest homebrewing club to serve at the North Fork Craft Beer, BBQ & Wine Festival, the International Great Beer Expo, and other annual events attended to gain exposure and recruit new members. His first brew with LIBME was a red ale named Bloody Charlie’s Red Ale. “People liked it. It ran out in a few hours. It gave me confidence to keep going.”

A nod to Becker’s German heritage, 1940’s flagship is a hefeweizen, Hefie Injustice. His interpretation of the classic wheat-driven ale is “pretty by the book, crisp and unfiltered with nice flavors from the yeast,” he says. Hefie is one of four around-the-globe beers made already by Becker for his new brewery, all inspired by the “ones my father and great-grandfather likely brewed and liked to drink back then.” The others are Arsenal, a nicely balanced English-style IPA brewed with East Kent Golding and Fuggle hops; 838, a roggenbier (German for “beer with rye”) named for Becker’s father’s time in the Navy aboard the LST-838 during World War II; and Inna, an Irish dry stout sweetened with lactose. “They’re all easy to drink. That’s what I like to make.” 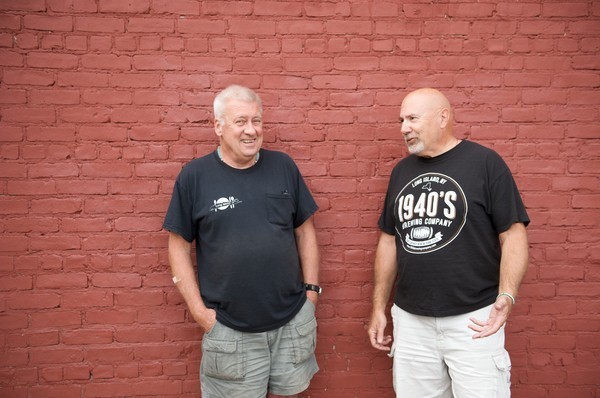 According to the brewery’s Facebook posts, Becker has already delivered 1940’s to some of Long Island’s best-for-beer places: Hoptron Brewtique, T.J. Finley’s, Bellport Cold Beer & Soda, and BBD’s are some of the recents, though the likeliest spot to consistently find 1940’s is A Taste of Long Island’s specialty grocery store, which sells beers—in-house pints and to-go growlers—only made at The Craft Microbrewhouse.

Jim Thompson, who we profiled first in Pioneer Brewers, is Taste’s owner and host brewer. He’s planning to add 10 more drafts to the store’s current draftage of three later this month to accommodate the deluge of new liquids. Before the expansion, the first opportunity to taste this unique group together is this Saturday at The Nutty Irishman in Bay Shore. The launch event will also feature the professional debut of The Brewers Collective…