This week law and order return as a speedster, an archer and a cowboy return to protect their territories. No, I’m not talking about a new twist on the venerable “Law & Order” franchise, I’m referring to a trio of popular series coming back from a short winter nap. 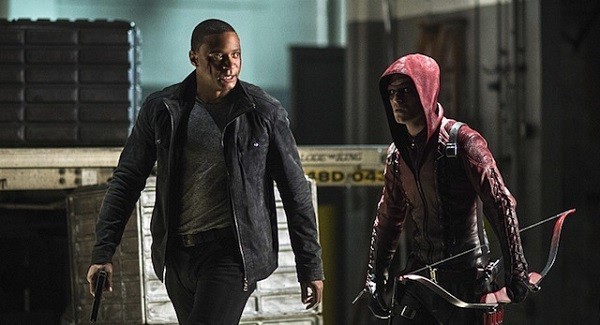 First up, we go to Starling City where the city’s vigilante protector is missing. We all know that Oliver Queen/The Arrow (Stephen Amell) met an ignominious defeat at the sword of Ra’s Al Ghul (Matthew Nable) and seemingly fell to his death. Team Arrow is unaware of what transpired on the mountain top, but this week it seems they have a pretty good idea that Ollie isn’t coming home. Diggle (David Ramsey) steps under the green hood, while Roy (Colton Haynes) loads up his arsenal of sharp, pointy flying objects to help keep the peace. Meanwhile, Felicity (Emily Bett Rickards) runs through all the ways she plans to kill him herself should he prove to be only mostly dead. 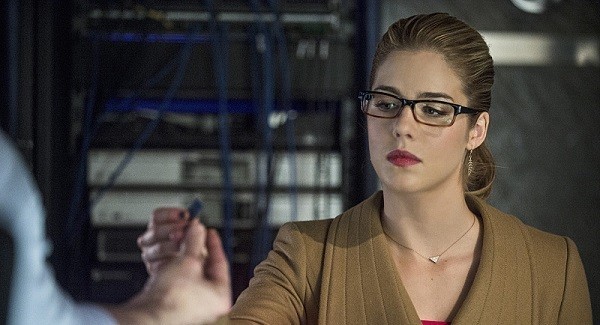 I don’t think anyone is under the impression that one of the most popular shows on TV just killed off their main character. True, it would be bold and unprecedented, plus the name “Arrow” gives you wiggle room to allow Roy to take center stage while Diggle keeping the emerald image alive, but there is no way Amell is walking away from this show to kick back and make wine from now. Now that I’ve typed that, I see how appealing it sounds, but I think we’re all clear that the point is not whether or not he survived, but what he comes back as when he does return. I’m betting on him being the true blue (green) hero from the comics. We should have a pretty good idea on Wednesday night on the CW. 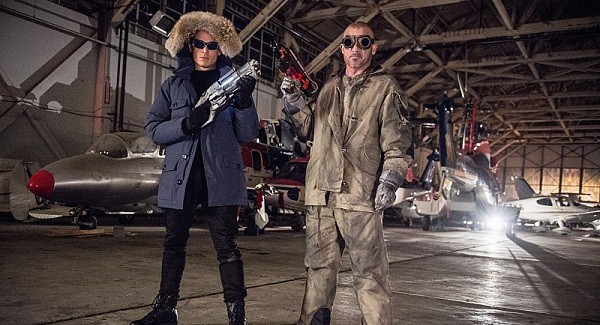 Over in neighboring Central City, Barry Allen (Grant Gustin) is barely coming to terms with meeting the man who murdered his mom when a more recent foe is back with a pal. Leonard Snart (Wentworth Miller), aka “Captain Cold,” is back in town along with Heat Wave/Mick Rory (Miller’s “Prison Break” co-star Dominic Purcell). Comic fans recognize this hot and cold team up as the beginnings of Flash’s Rogues Gallery, an anti-Flash team comprised of the Scarlet Speedster’s biggest and baddest enemies. I’m guessing we’ll also get a little more insight into Dr. Wells’ (Tom Cavanaugh) behind the scenes machinations, Eddie Thawne (Rick Cosnett) realizing the Flash is one of the good guys and Ronnie Raymond’s (Robbie Amell) fiery resurrection. Tune in Tuesday on the CW. 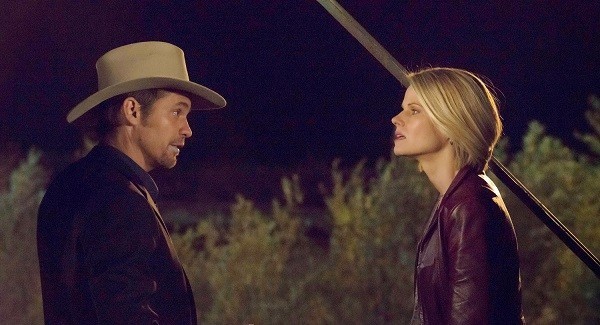 When compiling a list of the best TV shows of the last decade, if “Justifed” doesn’t make your top spot, then it is certainly in the single digits. Centered on tough, no-nonsense U.S. Marshal Raylan Givens (Timothy Olyphant) being re-assigned to his hometown of Harlan, Kentucky, this show is just beyond brilliant. Each character is clearly defined, right down to their own distinctive speech cadence. The writing is impeccable, often zigging when you expect it to zag and taking bold, untrodden paths. Of course, it all hangs on the backbone of the writings of the late, great Elmore Leonard, which gives it a pedigree beyond compare. 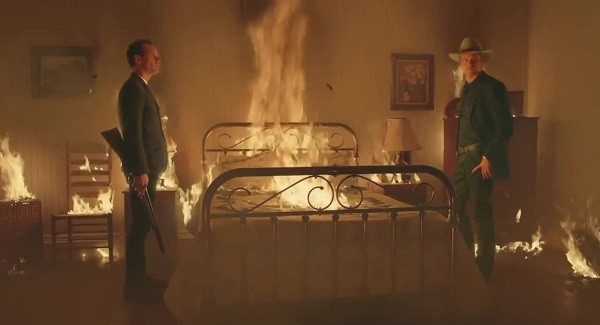 “Justified” begins its sixth and final season on Tuesday courtesy of FX. The show is ending under its own terms, with the creators deciding Raylan’s journey, at least this one as a U.S. Marshall, should come to an end. Whether it’s a permanent end or if he just decides to hang up his hat and badge to become a full time father remains to be seen. I’ve watched the first three episodes of this season and things are definitely heading towards a final, inevitable confrontation with Raylan’s one-time co-worker, sometimes friend, often times enemy Boyd Crowder (Walton Goggins). One player is removed from the game in the premiere so it will be interesting to see who makes it out alive.