Martin Luther King, Jr. Say the name and invariably folks wax poetic about “The Mountaintop.” In the iconic “I’ve Been to the Mountaintop” speech given in Memphis in April 1968, Dr. King spoke of knowing what awaits us at the mountain.

He was right about one thing: he didn’t get anywhere with us because he was gunned down the next day at the Lorraine Motel. But Promised Land has eluded Blacks in America. Black America went to the mountain, but what we found wasn’t the Promised Land of which Dr. King spoke. African-Americans scaled the mountain to find themselves inside a volcano. And in 2015, the volcano has been erupting over the past two years so others feel the incendiary, destructive heat of the boiling lava that Blacks stew in.

The lava is hot in the volcano. No one cares whether the media covers the scorching reality that faces Black America. Yet, Blacks are sold the “Mountaintop” bill of goods. It would be if wonderful issues like excessive force by some bad cops was a novelty. It would be delightful if assaults on the very systems created to level the playing field for people of color, were not ripped apart with each passing year. How splendid it would be if America’s first Black President was treated with the respect the office demands. It would be an example to the world if we held up the Civil Right Act of 1964 and the Voting Right Act of 1965 as extraordinary models to be replicated, instead of junkyard dogs to be euthanized. All of that would be wonderful on the Mountaintop, but the searing, gritty reality of the volcano is none of these things. 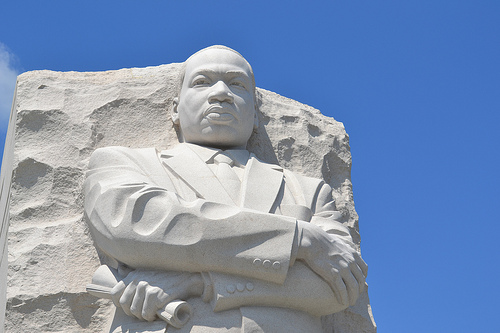 When Black America spoke of the sizzling torture inside the volcano, the rest of America shouted back, “RACE CARD!” From Oscar Grant to Michael Brown to Eric Garner to Tamir Rice, every time an officer takes a life the Black Community has been told it’s justified. The translation heard is “Black lives do not matter.” After the death of Garner and the 12-year old Rice, all of America was thrown into the volcano like virgins at a pagan ritual. Good cops shouldn’t have to take a hit to their reputation to remain loyal to the badge. The cops deserve better than peers who use excessive force, and so do ALL of the citizens they protect and serve. 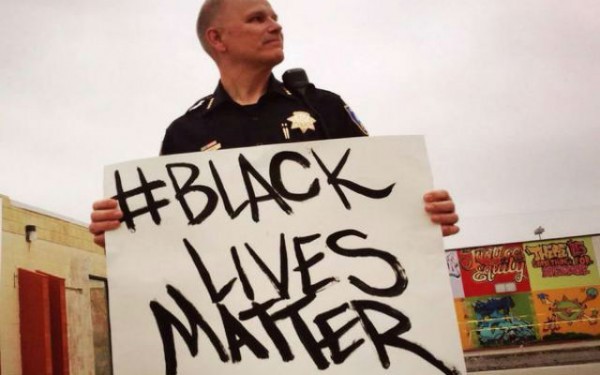 Richmond Police Chief, Chris Magnus
But the lava flowed in the halls of the legislatures as well. The Voting Rights Act of 1965 is now a joke. According to the National Conference of State Legislatures, 31 states have some form of Voter ID laws in place. We are just a stone’s throw from the poll taxes and literacy tests that were the order of the day before the Voting Rights Act. Justice is slow to come, but quick to recede.

As all of us burn up in the lava of racism, injustice and inequality, I know, as MLK, JR. did, that the Mountaintop really does exist.

I hold certain truths to be self-evident. Together, we the people can climb out of the lava, find the mountain to the Promised Land, and make our republic stand for liberty and justice for all.