Like many chefs Boris Torres developed an interest in food from an early age. His parents owned a restaurant in their native Peru and after immigrating to the United States they opened up a restaurant in Queens.

“Cooking has always been in me,” Torres who owns Manka in Glen Cove said. But while life as a restaurateur might be in his blood it wasn’t his first career.

“I debated between architecture school and cooking school but my dad didn’t want me to go into the restaurant business, he knows how hard this is,” Torres said.

So he went to college to become an architect, eventually working in the profession for several years but even then he had plans to return to cooking.

“Architecture is a beautiful profession, you get to design and create something different but my plan was always to open a restaurant,” Torres said. 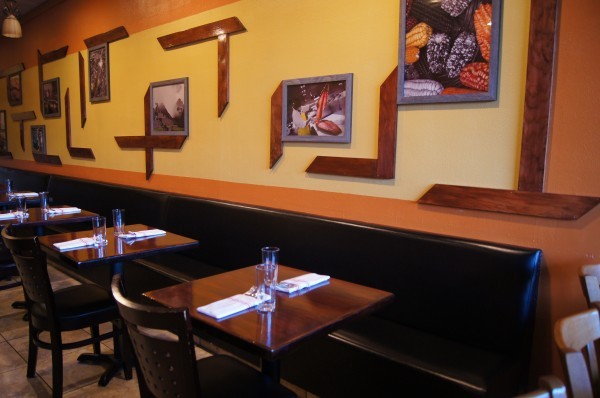 His architecture background is visible in Manka. The restaurant on Glen Street is easy to miss from the outside but inside opens up to a warm wood toned dining area. Photographs of Peru line walls, depicting the Peruvian countryside and some of the ingredients Torres uses in his food. Many of the photographs he took himself proving that art and food mix well even if his career as a chef began a little sooner than he anticipated.

When the recession struck in 2009, Torres’s work as an architect slowed down and he found himself a bit bored. His cooking career began again at the International Culinary Center in New York.

“A lot of the techniques were very similar to my parents,” Torres said.

After growing up in a restaurant kitchen he learned even more from the kitchens of New Yorkers including Marcus Samuelsson’s Red Rooster in Harlem, Daniel Boulud’s DB Bistro.

“They pushed you hard to be consistent and detailed,” Torres said.

That experience beginning in his early childhood made him ready to open Manka on his own in the summer of 2014. Torres’s parents got an offer to open a new restaurant in the location at 216 Glen Street in Glen Cove. Torres, who had experience helping to open several restaurants by that time, went with them to see the spot. 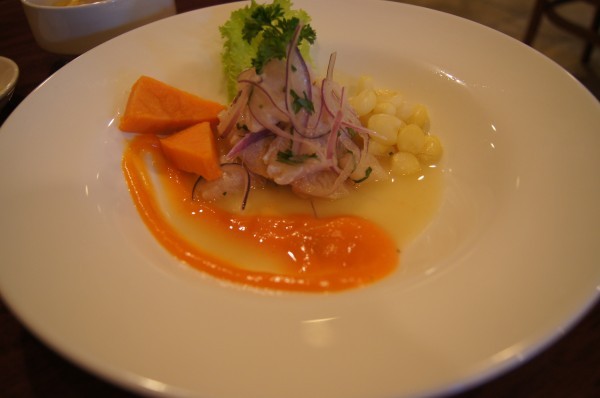 “I saw the potential of the place,” he said looking around at the now open restaurant with several parties enjoying a late lunch.

One of a number of new restaurants in the area Manka reflects the area’s growing diversity.

“Glen Cove is very diverse, and I knew a Peruvian restaurant here had to be modern,” Torres said.

The menu and space reflects those modern tones, Torres’s background in the arts and his roots in more classic cuisine. Take for instance the ceviche corvine. It comes with a sweet potato puree, the sweet potatoes are a traditional Peruvian ingredient but the puree is unexpected but gives the dish a creaminess that makes it work. Another appetizer, Al olivio, includes traditional black olive sauce and octopus but Torres add citrus, avocados and candied walnuts for a modern dish all his own. The menu continues with traditional main entrees based on chicken and rice but always with a modern angle.

In Manka, Torres has created a comforting restaurant with new yet classic dishes that speak of his roots.