Father John Misty
I Love You, Honeybear
(Sub Pop)
For nearly a decade, Joshua Tillman had been putting out reliably proficient folk records and was even a member of indie darlings Fleet Foxes. It came as a surprise therefore, when he changed his stage name to Father John Misty in 2012 and released Fear Fun, a record of highly orchestrated songs that dabbled in everything from fuzzed-out rock to vintage country and western. The creative 180 continues on I Love You, Honeybear (out this month), on which he explores genres including ragtime, soul and even mariachi. Tillman remains a fantastic lyricist, weaving tales of love, self-destruction and jadedness with a keen sense of humor (see the piano ballad, “Bored in the USA”). He brings that showmanship to his live performances as well. Check him out when he plays Rough Trade NYC in Brooklyn on Feb 12 or at The Bowery Ballroom in Manhattan on Feb 14. 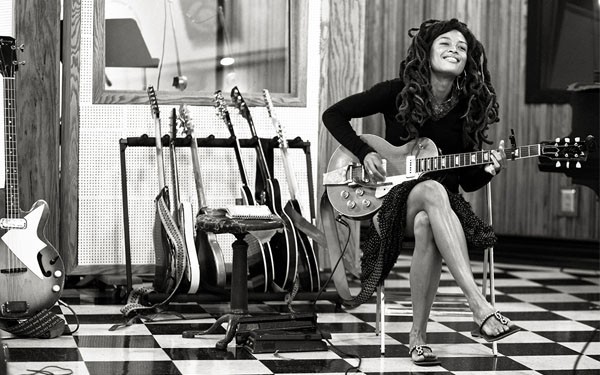 Valerie June
Pushin’ Against a Stone
(Sunday Best Recordings)
Nashville might be the Mecca of country music, but Memphis still rules the blues. To pigeonhole Tennessean Valerie June as a blues artist however, would be a mistake. On her 2013 album Pushin’ Against a Stone, which was co-produced by Black Keys’ front man Dan Auerbach, she seamlessly incorporated elements of folk (“Twined & Twisted”), country (“Tennessee Time”) and soul (“The Hour”). June can play a mean eight-bar blues riff as well as a cutesy ukulele, but it’s her voice that is her greatest instrument, channeling artists like Elizabeth Cotten, Diana Ross and Amy Winehouse. The rumor mill is steadily hinting at a new album in the near future—the crowd at Carnegie Hall’s Zankel Hall on Feb 13 might be among the fi rst to hear her new tunes.

Beacon
L1
(Ghostly International)
Let’s face it: Brooklyn has more bands than bodegas these days. We’re constantly receiving emails about new troupes hailing from the borough, but it’s rare that they amount to much. Greenpoint duo Beacon are our picks as the next exception to this rule. The two former art students, Thomas Mullarney III and Jacob Gossett, have a sensual and downright sexy take on electro-pop and R&B. Mullarney has the requisite come-hither falsetto, but what separates them from forbearers like Postal Service or contemporaries like Rhye, is that Beacon isn’t afraid of that bass-heavy drop. Tracks like “Drive” and “Fault Lines” are the kinds of songs that result in steamy car windows and smeared lipstick and given this, we can’t think of a better place to be on Valentine’s Day than Baby’s All Right in Williamsburg when Beacon hits the stage.

Would you like your band to be considered for BTWC? Email words@nulllipulse.com.