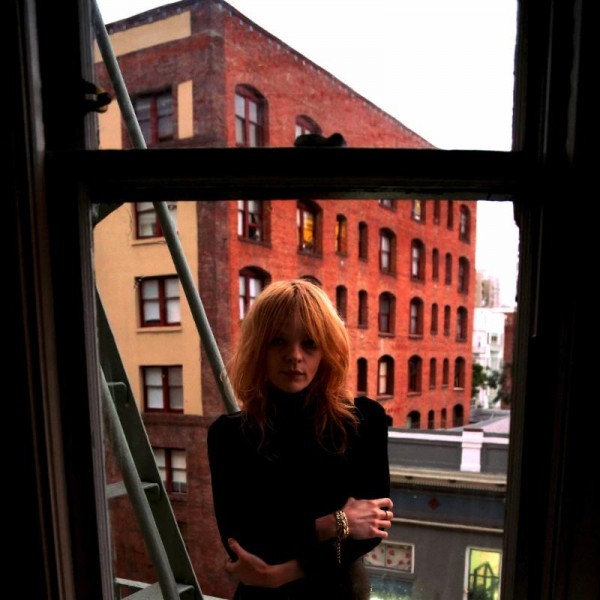 California singer-songwriter Jessica Pratt enchants listeners with her fresh, yet retro, sound and inventive vocals. Growing up in a small town, Pratt listened to a lot of California artists—Mothers of Invention, Love, Crosby, Jefferson Airplane and The Beach Boys, in addition to Can, Eno, Bowie and King Crimson.

The guitarist’s eponymous 2012 debut, composed of many songs she wrote at just 19, garnered praise from publications like The Boston Globe, Pitchfork and PopMatters. Living in San Francisco at the time, Pratt was reticent about making a record but Tim Presley from psych rock band White Fence was so into her timeless songs he created a label to release them. Most of her intimate, acoustic debut was recorded at a friends studio, while Pratt’s acclaimed follow-up, On Your Own Love Again, was recorded (digital and analog) in her Los Angeles apartment. Although it still has that intimate appeal, Pratt’s latest effort includes some electric guitar and keys behind that stand-out voice.

While most of Pratt’s songs are enigmatic enough to take you somewhere else, “Back, Baby,” the lovely first single off of her Drag City release, has her reflecting on an undefined relationship that left her praying “for the rain.”

So what made the creative songstress want to become a musician?

“There may not have been one major turning point,” recalls Pratt, “but listening to stuff like Donovan or T. Rex, their brand of whimsy and magic, was very in line with the way I thought about things and I sort of saw myself writing songs like that. Also listening to heavy hitters like Joni, Dylan, Leonard Cohen, their agile maneuverings of words and turns of phrase are so satisfying it inspires you to want to deliver in the same way.”

Look for Pratt to tour the Northeast soon.

Listen to the 60’s folk-infused “Back, Baby” here: https://soundcloud.com/drag-city/jessica-pratt-back-baby