Dorian Allen is just settling back into New York when we chat on the phone on a cold January morning.

“I just had eggs,” he said. “I’m a country boy, I’m not sure I fit into the NY vibe I mean I hang out with friends but I also chill in the house watching movies and eating, I love food.”

His favorites are everything: Italian, Cajun, Soul Food, Tex-Mex you name it, but he promises he can fry a mean chicken although admits he orders out more than he cooks.

Maybe has more of that New York vibe than he realizes.

“I love to go the park, when it’s warmer,” Allen said. “I live close to Central Park and I go to get inspired and gather ideas.”

He transforms those ideas into a unique melodic sound making him one of the raising singer-songwriters in New York. While he’s fairly new to the city music scene his music is rooted in history, influenced by Allen’s childhood in Houston, Texas. 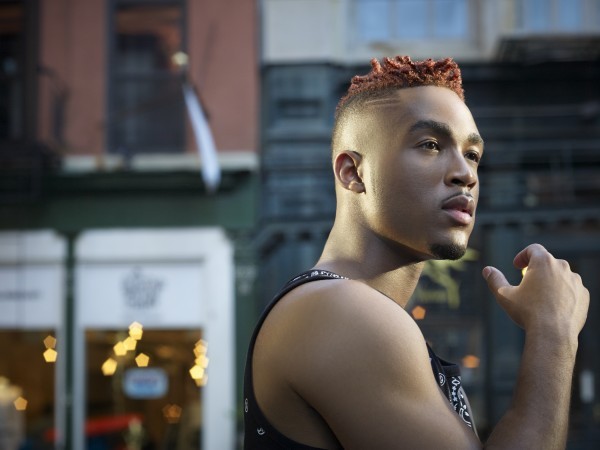 “There was always music in my house,” Allen said. “I’ve always been signing and performing, I honestly can’t remember when I started I was probably 3 or 4. I’d sing at home, in school…”

By the age of 13, Allen was focusing on songwriting, later attending the High School for Performing Arts and then Berklee College of Music. In 2009, he was a semifinalist on P. Diddy’s MTV show “Making His Band. More recently in 2014 he won the ASCAP Collective Workshop award for the song, “Hook, Line and Sinker,” and he just finished a three-month tour with British singer-songwriter Sam Smith and recently released the EP Running Back to You.

When we talk he’s just gotten back from spending several weeks in Houston for the holidays and there’s that nostalgic tone in his voice people get when they’ve been somewhere outside of their normal routine but even more familiar.

“I like New York, it’s been a journey but it’s been good overall.” Allen said.

He grew up with a father that loved rock and hip-hop and a mom that loved jazz and his own music is a fusion of that rock, pop, R&B gospel and jazz. “It’s a little Beatles, a little Prince a little Michael, a little Stevie Wonder with contemporary mixed in,” Allen said.

His music is about his life and his new EP is filled of songs about love, life and growth.

“I’m a writer, so it has to be something I’ve experienced,” Allen said. Sometimes he goes to the park to get inspired to write and gather ideas but other times he wakes up in the morning and has an idea or finds one in his daily life.

“I must look like a crazy person on the subway cause I’ll hear something and I try to jot it down, I’m on the subway jotting down ideas on my phone.”

Ideas that after three months touring he’s just starting to get back into turning into songs.

“I’m having fun getting back to into that space of creativity and writing,” Allen said.