Scrawled quickly on a receipt or written carefully at the end of a card, signatures tell many stories. They’re the image the writer shows the world, revealing personality secrets but sometimes also offering glimpses into the past revealing historic secrets.

In 1928, Franklin Delano Roosevelt sent a letter to a very prominent businessman in Northport. Charles T. Sammis sat on the board of the Northport Trust Company, owned a lumber business and built many homes and buildings in Northport. Roosevelt was asking for Sammis’ support of presidential candidate Alfred E. Smith. 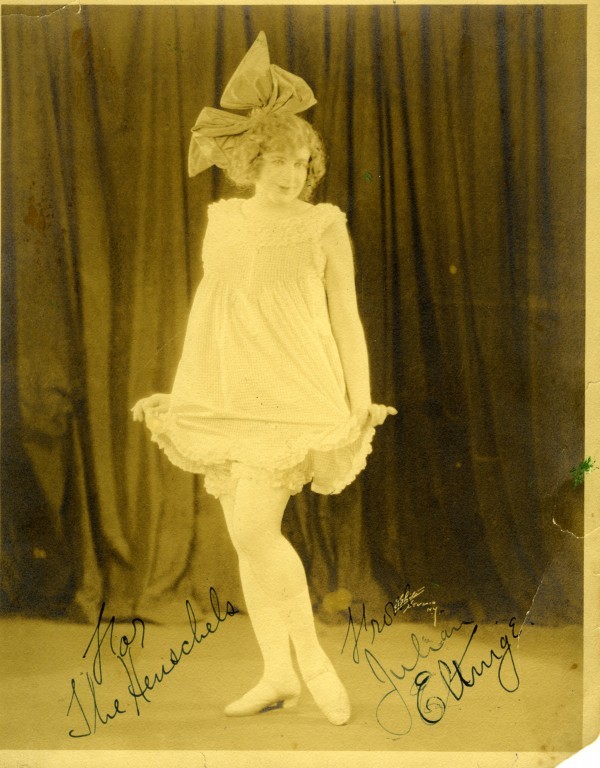 The letter, donated by the descendants of the Sammis Family goes on display at the Northport Historical Society Museum on Sunday, Feb 8 as part of the society’s newest exhibit, Signature Northport. The exhibit features the signatures and autographs of well-known figures. Like Roosevelt’s letter asking for Sammis’ support many of the items on display are serious in nature. Included in the exhibit are letters from William K. Vanderbilt to Jesse Carll Jr., and from Henry Stimson, Secretary of War during WWII discussing the ships being built-in Huntington’s Knutson Shipyards. But the exhibit also includes less serious items such as theatre memorabilia from Northport’s old Red Barn Theater and many autographs including an autographed photo of actor and female impersonator Julian Eltinge, and autographs from actresses Dody Goodman, and Peggy Wood.

The exhibit is much bigger than just the items though, it explores the stories behind the people who wrote and received the letters, photographs and theatre memorabilia. Telling secrets of the past.

Signature Northport opens on Sunday, Feb 8 at 2pm with a reception. Located at 215 Main Street in Northport, the Northport Historical Society Museum is open to the public Tuesday to Sunday from 1 to 4:30pm.