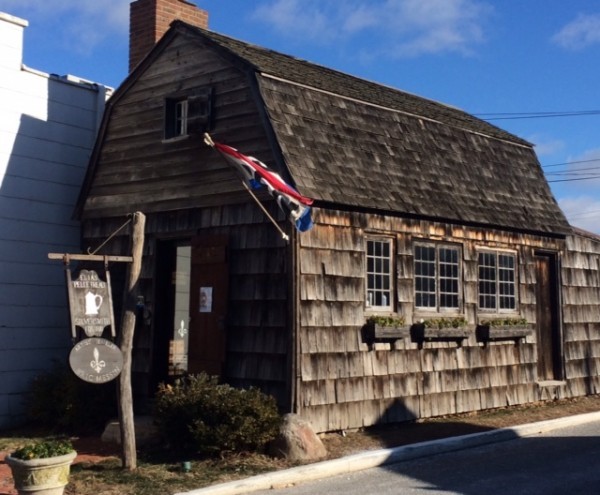 In a quaint building on Southampton Village’s Main Street, past and present collaborate. For more than 300 years, the Pelletreau Silver Shop, one of the East End’s oldest structures, has remained steadily in use exactly where it was built in 1689.

Pelletreau initially housed a whaling mercantile before it became a silversmith shop (1750-1810) under its namesake Elias Pelletreau. Since then, it has been (among other things) a bookstore, as well as a museum exhibition space for its current owner, the Southampton Historical Museum. As of 2006, it’s once again occupied by a talented metalsmith. 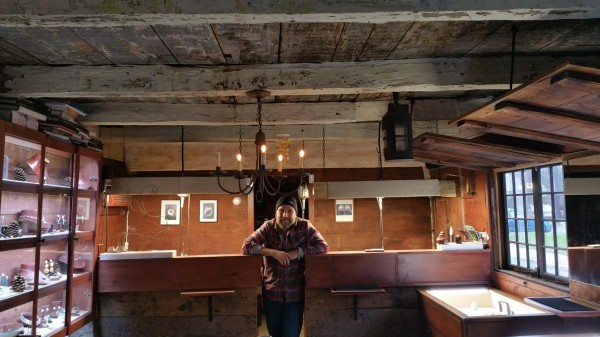 “It’s very homey,” said Eric Messin, Pelletreau’s caretaker and resident jeweler, “The wood is alive. It’s organic; so it speaks. All the stuff gets buried into the walls here…it’s just that feeling of history. And because I’m in here, we’re keeping the building alive.”

Pelletreau’s small but efficiently maximized space, acting as both jewelry studio and museum, is warm and inviting. Its original character is conveyed through elements like its authentic floor planks turned workbench panels and prominent ceiling beams. 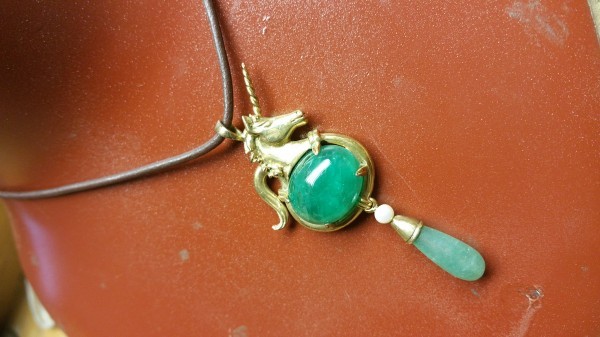 Well-lit, wooden display cases spotlight some of Messin’s work made on site: silver swan earrings, a golden unicorn pendant set with an emerald, a sterling and turquoise necklace. Messin, whose three decades of metalsmithing experience includes time spent with Van Cleef & Arpels, creates custom accessories for private clientele. His hand-wrought silver, gold, and platinum jewelry shines with diamonds and other precious gems. It evokes a richness in form and composition.

Adjacent to Messin’s showcases with modern pieces are the tangible artifacts of silversmith Elias Pelletreau’s legacy: an assortment of hammers, a handsaw, and other metal-forming tools; an amber and silver pendant; a brick forge; and handmade utensils, tankards, and pitchers. 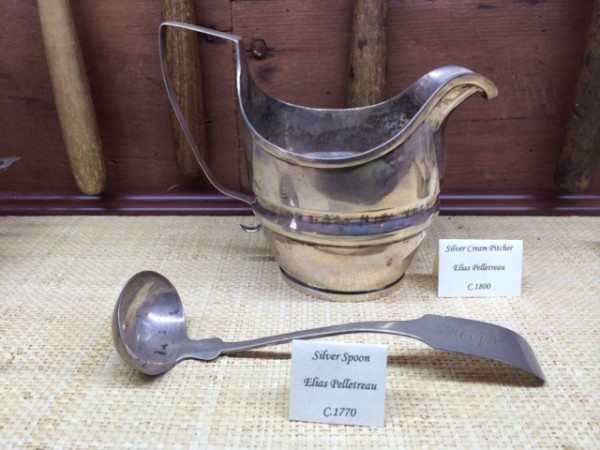 During the silver shop’s official hours, Messin is either focused on a project at his bench, proudly offering visitors historical anecdotes about Pelletreau, caring for the shop, or teaching jewelry making classes.

“I think those skills are so important to our humanity,” Messin said on his desire to pass along what he has learned. “I do it to keep the tradition going of jewelry making, having things made by hand.” Students are taught how to solder, set stones, sculpt wax forms for silver casting, and polish their finished pieces in eight class sessions. 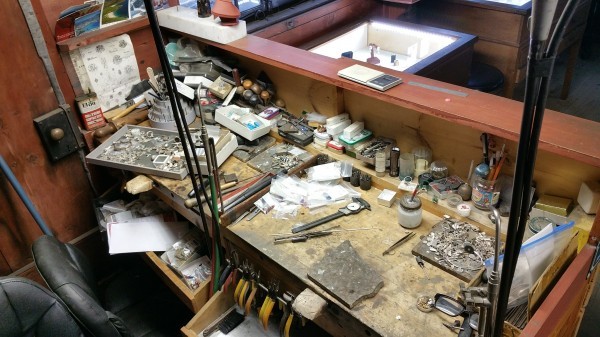 Many would-be jewelers want to try the handicraft because they think it may be fulfilling.

“It definitely brings that sense of achievement when you finish the piece,” Messin said. “It’s a representation of the spirit that’s manifest[ed] into something very concrete and real.”

For Messin, handmade objects are laden with meaning as compared to those that are commonly mass-produced.

“It’s not about perfection,” Messin said, “It’s about excellence and giving your best. When [jewelry]’s not perfectly square and straight, it only means it’s got personality.” And, he noted, it’s equally hard to find an audience to appreciate, promote, and sustain such heartfelt craftsmanship.

“People like me are disappearing,” he said, snapping his fingers, “Every minute, you lose more and more.” Even computers now whip out “too perfect” jewelry, Messin said, “A hand is not as accurate and as perfect, but it’s alive. All that you put into a piece, the people who wear it and carry it, carry that life along with them.”

Handmade accessories have a vitality to them.

“That’s what I’m fighting for. That’s the basic fight of my creating jewelry,” Messin said with a laugh, “It sounds ambitious, but it’s on a small level. It’s about each one of us doing that.”