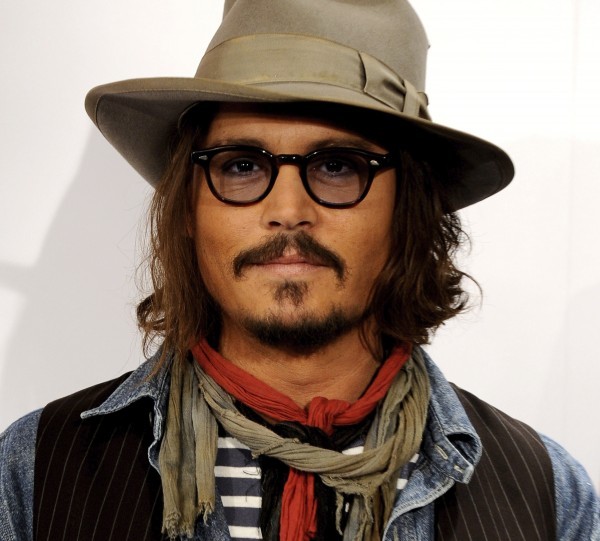 Hollywood loves to pat itself on the back every February by handing out the most coveted prize the film industry has to offer…the Oscar! But Johnny Depp is one Hollywood actor that I believe will never receive this little gold statuette.

He works too damn much!
Daniel Day Lewis makes, what… 1 film every 3 years? And he’s got 3 of those golden boys! Depp just works too damn much! It appears he is working on a new film every 6 months. Depp churns out one, two, sometimes three films a year! He doesn’t give us any time to miss him! Maybe he hates to stay home (the devil makes work for idle hands you know) in fact, he’s said this himself. So, like it or not, Depp will just keep on working. He’ll keep kicking out film after film. That should keep him out of the bars for a while.

You can’t hit a moving target
From early on, Hollywood was not sure what to make of this good-looking, solid actor who was always more than willing to disguise (or hide) himself with tons of makeup, hair extensions or nail polish. Keeping everyone-including himself-guessing, was part of what makes his career so rewarding for him, but not so much the academy. You see, no matter how the board of directors loves to consider themselves the purveyors of talent and acting accomplishments, they somehow still must remain commercial and acceptable to the masses. Listen, there is no better acting job in the world then a portrayal of a man with scissor-hands!! Bouncing from role to role is one of Depp’s most appealing attributes. Ed Wood, Raoul Duke (aka; Hunter S. Thompson), Ichabod Crane, Jack Sparrow, Willy Wonka, the Mad Hatter–come on!?! Who else could bring these characters to life and still not get the respect he deserves.

B Movies?
Ok, sure… there were some clunkers in there. Hey, they all can’t be Bohemian Rhapsody ya know! And to be sure Johnny Depp has had a few missteps (can you say Tonto?), but that’s no reason to keep him out of the club. I mean, Cher and Nicolas Cage have an Academy Award and they have not even come close to challenging themselves since! Depp does more Oscar worthy acting brushing his teeth in the morning. (I know, I know, before you get crazy, I’m aware Nicolas Cage is his friend. And Depp probably dated Cher somewhere along the line), it still doesn’t make it right that they each have one and “Mr. Stench” does not.

He’s just to bad-ass
Depp doesn’t like Hollywood parties. He doesn’t like doing interviews. He’s hates photo shoots. He has no time for cocktail parties. He doesn’t even watch his own films! He’s sometimes found brawling or drunk, that’s cool with me, but the academy? Not so much. They want someone who will grovel. Someone like, oh, I don’t know…Tom Hanks? That’s not to say Hanks kisses ass and loves all the crap he has to put up with on a daily basis, but Hanks knows how to charm ‘em. He knows how to turn-it-on and turn-it-off. Depp is just too cool for that. He’d rather be on stage with the band at the party instead of the dance floor.

Time is not on his side
How much longer can he keep this up? Here’s a guy who is definitely NOT in it for the awards. He is not in it for the fame, or the money. He is in it for the art! The creative spirit. The work. The drill, and the therapy! Every note that comes out of Depp is another billow of steam let out of the pressure cooker. Work is the only thing that keeps him humming along. It’s only a matter of time before he gets too tired of putting on makeup, creating characters and forcing himself to junket’s on behalf of the movie studios (and his friend Tim Burton). I see a day when Depp rolls on to the set in his jeans, bracelets, hat and tattoo’s and takes his seat behind the camera, as a producer, a director, or a consultant. You won’t be able to tear the guy away from the movie business–unless of course–it’s on stage with a guitar and Keith Richards by his side.

So Academy? What’s it going to be? Are you ready to shine one up for the “Colonel” or do we have to wait till it’s too late and you finally hand out a posthumous lifetime achievement award for the man? On second thought you know what, that would probably suit Depp just fine.