Not a single Broadway show has opened since Honeymoon in Vegas back in mid-January, making theatergoers more than anxious for the spring season to get rolling. Luckily, from early March to April’s end, more than a dozen shows will hit the Great White Way including comfort-food revivals, major new musicals and wildcard unknowns—in other words, the typical springtime onslaught.

March 5 brings a brand-new comedy by a man who changed American humor for two decades: Larry David. The Seinfeld co-creator and Curb Your Enthusiasm maestro wrote and stars in Fish in the Dark, a show about a death in the family.

Speaking of passings, the first Broadway revival of a play by the late Wendy Wasserstein arrives on March 19 when The Heidi Chronicles opens at the Music Box Theater. Something of a landmark in gently feminist plays by women, Heidi stars Mad Men alum Elisabeth Moss alongside American Pie’s Jason Biggs and A Gentleman’s Guide to Love and Murder lead, Bryce Pinkham.

Another tale of a woman finding herself, Fun Home, reaches Broadway’s Circle in the Square Theater after wowing critics at the Public Theater last year. Based on Alison Bechdel’s graphic novel, the musical tells of a lesbian remembering her tyrannical father, who was a closet queen himself. Meanwhile, a real queen will be on view in The Audience, where Helen Mirren plays Her Majesty Queen Elizabeth II in Peter Morgan’s political drama at the Gerald Schoenfeld Theater. (This is familiar turf for all involved: The 2006 Stephen Frears film, The Queen, starred Mirren and was penned by Morgan. It focused on how the Royal Family dealt with the death of Princess Di.) Not to be outdone, King Henry VIII also gets stage time in Mike Poulton’s two-part drama, Wolf Hall at the Winter Garden Theater. On the other side of the class spectrum, the new American play Airline Highway, by Lisa D’Amour, is about ragtag hustlers who gather at a run-down New Orleans hotel. 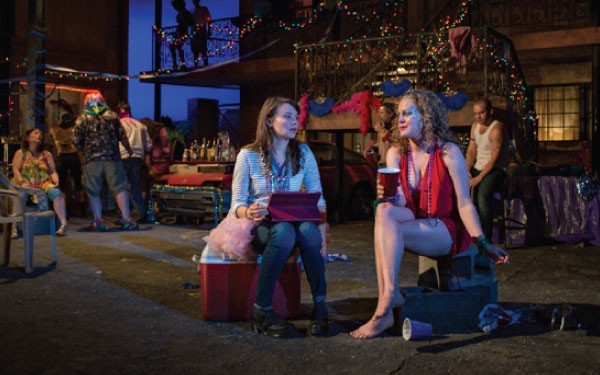 For a more exotic locale, Lincoln Center Theater is reviving The King and I. Before you yawn, be advised that it stars Japanese actor Ken Watanabe and Broadway divinity Kelli O’Hara. The last time LCT tackled a Rodgers & Hammerstein show it was South Pacific and it was magnificent. Those who prefer chillier climes than Siam should try the frozen vistas of Russia in Dr. Zhivago, which offers a score by The Secret Garden composer Lucy Simon and Grey Gardens lyricist Michael Korie.

To capture a moment in another place and time, The Heart of Robin Hood will transport audiences back to Sherwood Forest while, about a hundred years later in the Elizabethan era, Something Rotten! follows jealous writers who try to best their rival, William Shakespeare, by creating the world’s first musical.

Four centuries on, musical theater is blessed with such stars as Kristin Chenoweth, who leads a revival of On the 20th Century, and Glee heartthrob Matthew Morrison, who stars as Peter Pan creator J.M. Barrie in Finding Neverland. A little more down to earth is the plot of Robert Askins’ wild comedy, Hand to God, about a boy at Christian puppet camp who can’t control his foul-mouthed sock. If that isn’t reason enough to see it, the play is directed by someone named Moritz von Stuelpnagel.

Who says there’s nothing unusual on Broadway this spring?