Benjamin Booker
Benjamin Booker
(ATO)
New Orleans young-gun Benjamin Booker often gets lumped into the blues-rock category with artists like The Black Keys and Gary Clark Jr. We’re not going to make the same mistake. Sure, blues influences abound, whether it’s the withered pleas on “Slow Coming” or that epic guitar solo at the end of “Have You Seen My Son.” But the spirited mix of everything from soul to folk on Booker’s 2014 debut indicates the 25-year-old has widespread appeal, whatever label is applied. Crowds that showed up early when Booker opened for Jack White last year ranged from bespectacled hipsters to mohawked punks and both left satisfied. See the up-and-comer at the Music Hall of Williamsburg in Brooklyn on April 3. 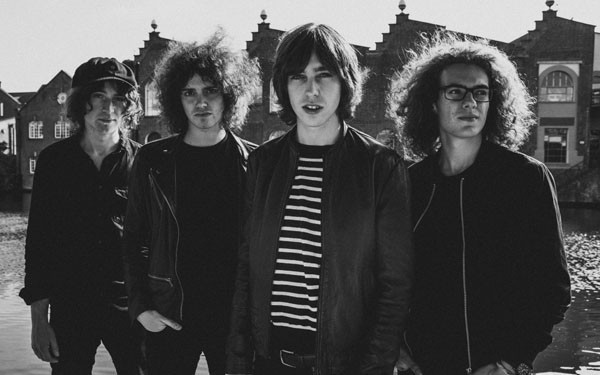 Catfish and the Bottlemen
The Balcony
(Communion)
Time for the occasional, but nonetheless requisite “big in Britain” update! Despite having a name that conjures up Hootie flashbacks, this London quartet is getting a lot of love in their home country for having Strokes-esque swagger and more hooks than the entire Kings of Leon catalog. Heck, by the time this issue comes out, songs like “Kathleen” and the anthemic “Cocoon” might already be invading the alt-radio sphere. As earnest as singer Van McCann (is that a rock star name or what?) can sound at times, there’s still a sense of cheekiness to their music that other arena-ready rock bands lack. Check out the hilarious music video for “Fallout” to get a sense of how they’re not taking themselves too seriously or, better yet, catch their live show when they play The Bowery Ballroom in Manhattan on March 9.

Broods
Evergreen
(Capitol)
Seems like every year we hear about some new co-ed duo just a few “unique visits” away from becoming all the rage. But for every White Stripes, Beach House and Sleigh Bells that breaks through, there are dozens more that never top a few thousand likes on Facebook. Caleb and Georgia Nott are the siblings that make up the New Zealand twosome Broods (Georgia on vocals, Celeb on synths and beats). They’ve already garnered several million views on YouTube with singles like “Bridges,” “Never Gonna Change” and the decidedly infectious “Mother & Father.” We expect their popularity to continue climbing once American audiences hear their hook-heavy brand of electro-pop. They’ve already made fans out of Sam Smith and Ellie Goulding and, barring some epic sibling squabble, their music should be blaring out of trendy LES boutiques all year. Catch ’em live when they play at the Music Hall of Williamsburg in Brooklyn on March 23 and Irving Plaza on March 25.

Would you like your band to be considered for BTWC? Email words@nulllipulse.com.