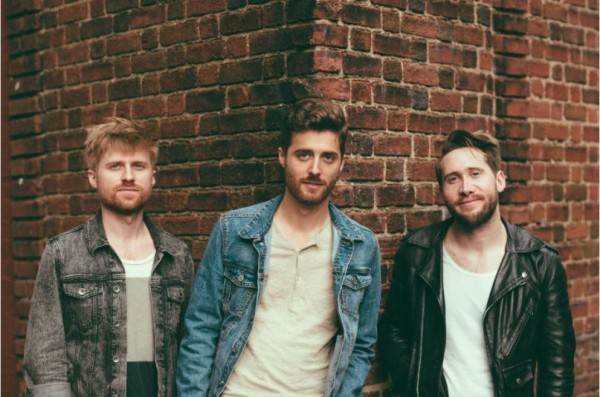 Brooklyn-based power pop trio Jukebox the Ghost got its namesake from a Captain Beefheart song and a passage in a Nabokov novel. Since 2008, the band—Ben Thornewill on piano/synths/vocals,Tommy Siegel on guitars/vocals and Jesse Kristin on drums—has played over 800 live shows with acts like Ben Folds, Adam Green and the Barenaked Ladies. The Washington, DC natives recently appeared on CONAN to perform the song “Postcard” from their latest self-titled disc. Jukebox the Ghost will be headlining NYC’s Irving Plaza on Saturday night with openers Little Daylight and Secret Someones. Find out why Thornewill would like to tour with a high school marching band below…

Pulse: How do you describe your sound?
BT: Piano power pop or, if someone asks at a party I say, “We’re pretty okay at music.” I think we’re progressing as a band, always trying to make something different while still maintaining our identity.

P: Is the use of synths and samples the biggest addition on your latest cd, Jukebox the Ghost?
BT: That’s the biggest definable change but our process was very different this time around. We took more time with the songs and spent months and months on the record. Ultimately, we wanted to arrange each song and each part to be it’s best without worrying about things like if there was enough piano or tambourine.

P: How did you get the name Jukebox the Ghost?
BT: It’s been the three of us from the beginning and we came up with the name in college from a quote in a Nabokov novel and a lyric from a Captain Beefheart song…

P: What was it like performing your song “Postcard” on CONAN in January?
BT: It was a real dream come true. It’s surreal too because there’s all this build up and anticipation and then at the end of the day you play the song once in front of the cameras and a few hours later you’re watching yourself on national television.

P: Who would you most like to tour with, and why?
BT: I would most like to do a small club tour with a high school marching band. I think it would be such a colossal disaster that the stories would make up for the headache of trying to accommodate the needs of multiple 17-year-old tuba players.

P: What’s your favorite song to perform live right now?
BT: We love playing a song off the new record called ‘Hollywood.’ It’s definitely the highest energy song in our set and our drummer comes out to the front of the stage and sings for the first time.

P: What can we expect to hear at Irving Plaza on Saturday, February 28th?
BT: We’ll do a healthy smattering of songs from each record—new songs, old songs, happy songs and sad songs. And we may or may not be doing a Queen cover as well as a big group collaboration with the other bands on tour at the end of the set.