Our extensive database of the region’s attorneys enables us to conduct a “peer review” method of distinguishing a select group. Attorneys were invited to nominate those whose expertise and practices were so outstanding in specified areas, they could be considered the best. Some of their names are often in the headlines, advocating for a client or setting a precedent; some you may not have heard before. They are identified by this special “2014 Top Ten” logo—a designation spotlighting their honors. 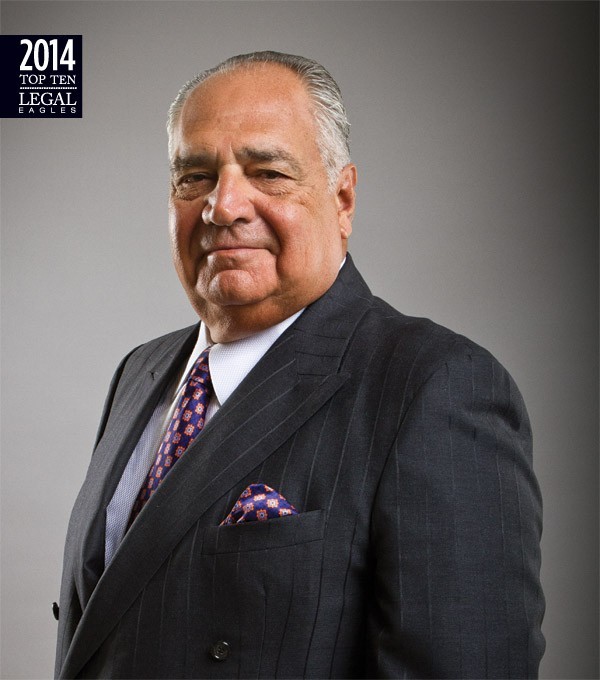 Anthony A. Capetola
Civil & Criminal Law
You’ve probably seen the movie Goodfellas that depicts the crimes of Henry Hill and Jimmy Burke. Early in his career, Anthony
Capetola counted these among his clients, and his caseload has evolved from there.

One such case was a group of art dealers accused of distributing a fake Salvador Dali. Capetola’s defense of the accused led him to a villa in France where he met an old friend of Dali’s. It turned out this man rightly owned the lithograph of the work, and the right to reproduce the image. Which also meant the dealers here in the US were not distributing fakes. Capetola was able to secure non-prosecution agreements for each of the defendants and dismissal of charges.

Today, the law offices of Anthony A. Capetola have a decidedly more low-key caseload. Still, Capetola defends clients from criminal and white-collar crime charges— primarily keeping them out of court. Most of his cases are settled before trial, for “no true bill” and they are dismissed. 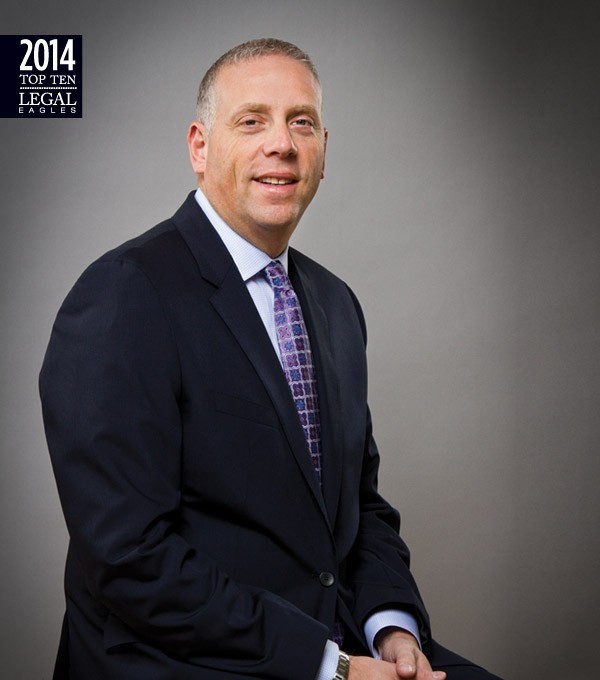 Neil Katz, Managing Partner
Katz, Bernstein & Katz, LLP
Corporate, Contracts & Business Law
Most of us will probably be lucky enough to get by without ever having to sit across the table from the IRS. But Neil Katz’s clients rest assured knowing their counsel has faced off with the tax departments and appeals tribunals of the IRS, NY State and City of New York.

Katz’s knowledge in this area is so vast, the House of Representatives called on him as an expert witness. He specifically testified on the impact of taxes on small business owners and their families before the committee on small business.

He also serves as lead attorney at his firm for all tax matters, corporate and tax planning and business sales and
acquisitions. At Hofstra University, Katz shares his expertise as adjunct professor. He also developed a continuing education program, Katz Tax Seminars, registered with the National Association of State Boards of Accountancy. 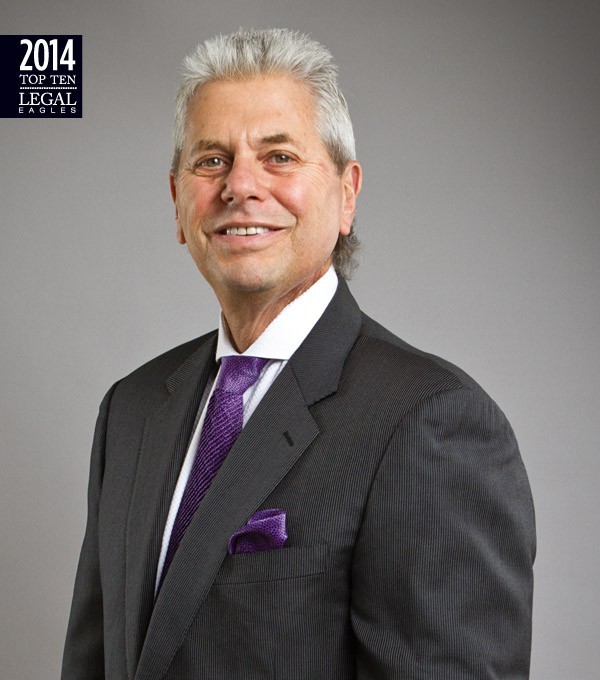 Steven Eisman was in the process of handling a divorce action for his client when she and her son relocated to California. The divorce proceedings were still ongoing after almost two years and the custody issues continued.

Eisman and his team sought the Suffolk Supreme Court’s abdication of jurisdiction over the custody and parenting issues, given that the child and mother were in California. The husband argued against it.

Eisman got the court to decline exercising jurisdiction. Although the husband’s counsel was successful in securing a stay of decision during the appeal, last fall Eisman argued before a four-judge panel at the appellate division. The appellate court lifted the stay and decided for Suffolk County Supreme Court’s decision to decline its exercise of jurisdiction. 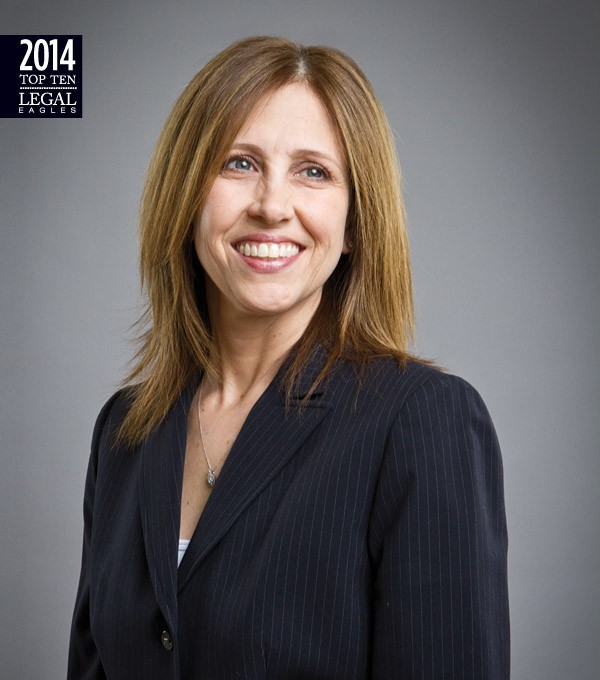 Debra Wabnik, Partner
Stagg, Terenzi, Confusione & Wabnik
Labor, Employment, Executive Compensation & Employee Benefits
Google is full of stories about sexting, some funny, some sad.
For Debra Wabnik’s client, sexting became a legal matter. The client terminated an employee for sexting another employee on the job. The terminated employee made a claim against the former employer and Wabnik’s expertise in employment and wage issues brought the matter to a successful resolution. 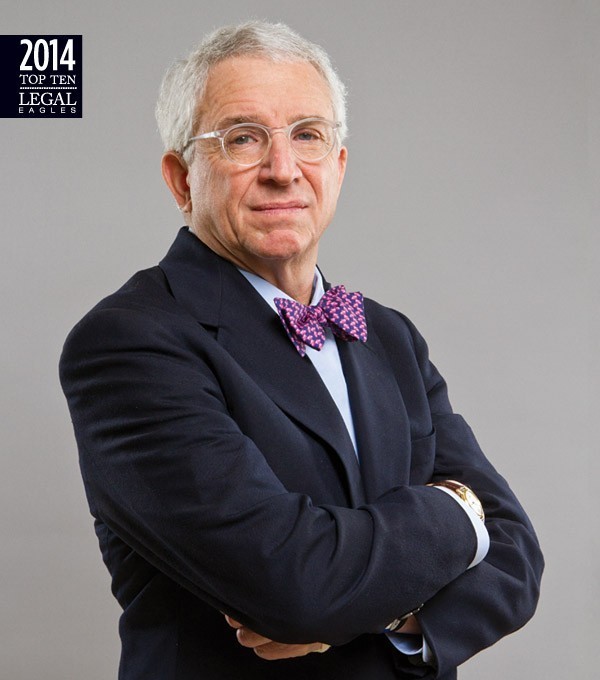 Jeffery G. Stark, Head of Litigation
Forchelli, Curto, Deegan, Schwartz, Mineo & Terrana LLP
Litigation
Litigation is the area of practice most of us think of when we think of the law—the courtroom’s intensity is often depicted in movies. But the guts of litigation happens in the library. Jeffrey Stark must be pretty good at this part, because he’s winning cases at the highest levels.

Stark has successfully litigated against the Town of North Hempstead, securing Sumitomo Bank an award of $31 million. He also defeated a suit by former Vice President Spiro Agnew. One recent case saw Stark battling for his clients’ finances after the client’s attorney died. It seems the departed “accidentally” misappropriated his client’s funds to his own wife—an accident Stark set straight.

Stark has handled cases at trial and on appeal for both corporations and individuals. On the opposite side of the bench, Stark has served as a justice of the New York Supreme Court, Nassau County, and was nominated by President Clinton to be a judge of the United States Court of International Trade. 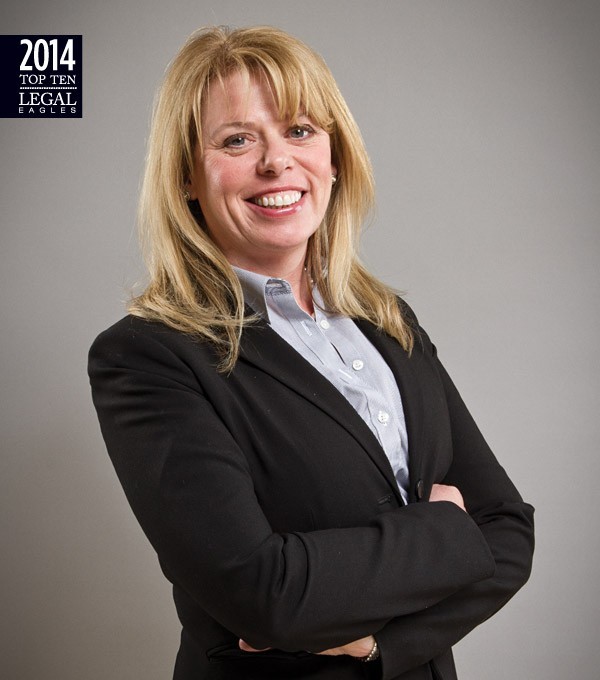 Wendy Sheinberg is widely recognized by her peers and professional organizations as one of the state’s leading elder law attorneys. Her primary areas of practice are guardianship, elder law, trust and estate planning and administration.

In 2008 Sheinberg was selected as a fellow of the National Academy of Elder Law Attorneys, the highest honor bestowed by the academy which is awarded to fewer than 70 attorneys nationwide. That same year, she was elected to the academy’s board of directors. Sheinberg has presented at numerous seminars, lectures and has published articles on her area of practice and been quoted in many publications like Newsday and The New York Times.

Although not a requirement, Sheinberg has taken the additional steps necessary to become a certified elder law attorney. This certification is awarded after passing a six-hour exam and satisfying strict criteria by the national elder law foundation. 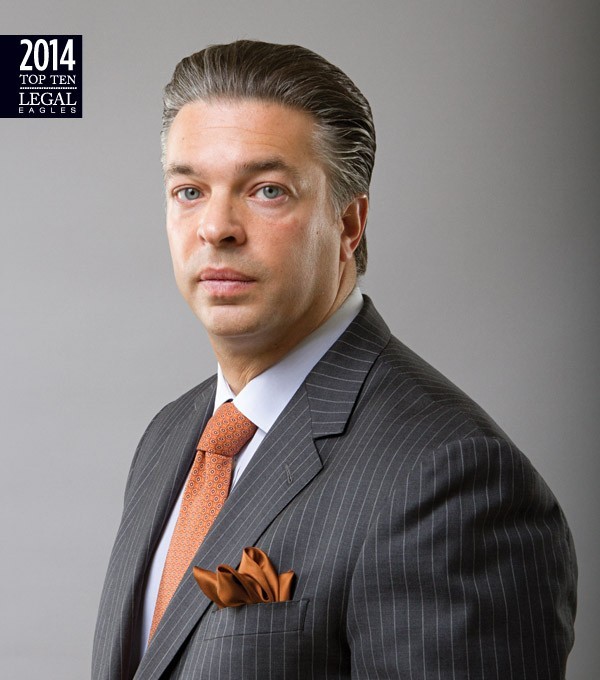 This area of practice is one of the most sought-after areas of the law. Vincent Ancona has included this among his firm’s specialties for 15 years in both New York and New Jersey, personally enjoying it because everyone is happy at the end of the deal. “Smile in, smile out,” he said.

But, among the estates in the Hamptons and buildings in the City, he does occasionally wind up in court. One unstable client leased his building in Manhattan for 100 years, considerably undervaluing the property. The family retained Ancona to disengage the lease on the grounds that the lessee perpetrated a fraud on someone who was mentally ill.

In his spare time, Ancona works with Catholic Charities, Community Mayors for Handicapped Children, Dad’s Away, a group for kids whose fathers are in the military or incarcerated, and North Shore Animal League. 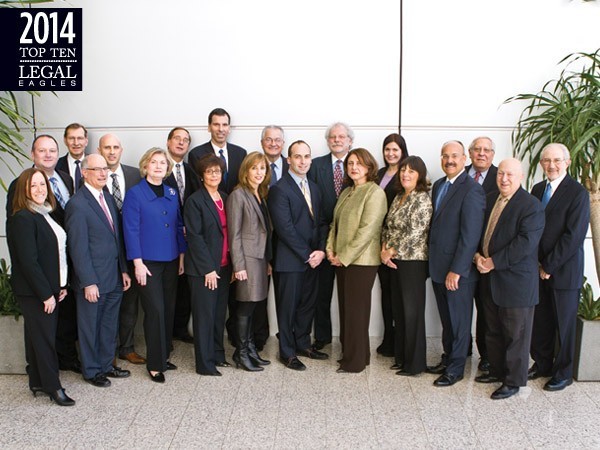 Meyer, Suozzi, English & Klein, P.C.
Most Unbeatable
What makes a firm unbeatable? It takes a legacy of its lawyers reaching down to the most granular levels to win cases. Like Erica Garay, a member in the litigation practice group at Meyer, Suozzi et al., who represented 15 employees against Keyspan. The employees were terminated by the utility after its sale to National Grid. But Garay was able to prove her clients were entitled to a severance plan, winning the case for her clients.

Garay’s associate, Kevin Schlosser, had a similar victory. Trump Securities was suing Setton International Foods, his client, for over $1.2 million. Schlosser first defeated Trump’s motion for summary judgment, then won at trial, establishing that Trump was improperly trying to obtain an unjustified windfall.

The firm of Meyer, Suozzi, English & Klein, which has been in practice over 50 years, is composed of 65 attorneys across offices in Albany, Garden City, Manhattan and DC. The areas of practice may be diverse, but their standard is consistent: to provide integrity, insight, intellect and excellence in the practice of law… to do what it takes to be the most unbeatable.