Selfie culture is a bit like music. Some folks succeed by being original, think the rock stars, some from tributes, cover bands, and some by remixes, DJs. We go out to eat and have to style a picture of what we eat before sharing it on Instagram, #nom. We go on vacation and focus so much on getting the perfect picture to share on Facebook either right away or for Throw Back Thursday that tour operators now talk about social media photo opportunities. It’s success theater, but not necessary real even if we’re mostly posting original content or tributes to our past original content.

Enter the age of the selfie remix and no longer trying to pass of the unreal as real. A new consumer app called Trio is aiming to take selfie culture to a whole new level. Instead of asking people to look at how awesome our life is, Trio helps asks people to focus on how clever we are.

Launched on March 4, Trio wants to be the next big consumer creation platform in media mashups. It makes it easy to remix other people’s videos, photos, gifs, and music into something new. A mashup can then be shared within the app and on other social media networks. It lets the user be funny, creative and cool even if they’re not doing cool things. 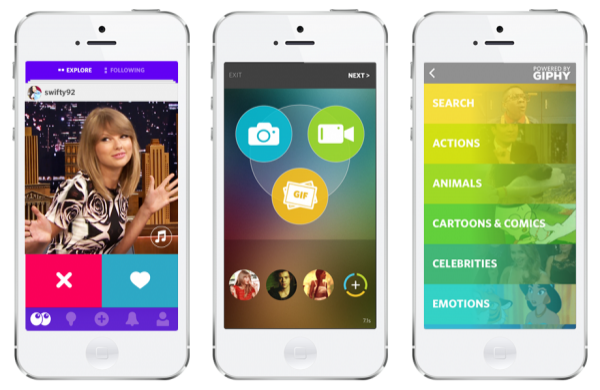 “Look how awesome my life is oversaturated, people are getting a bit tired of it, but they still want to seem clever,” Trio Co-Founder Misha Leybovich said. “Mashups are an underserved type of expression.”

Don’t think that Leybovich and Co-Founder Clay Garrett haven’t done some cool things #IRL themselves though. Between the two of them they can add MIT rocket scientist, professional boy band member, Berkeley student body president, undercover gang documentation, Georgia Tech art and tech savant and Guinness Book of World Records finalist to their biographies. The two people believe that mashups will emerge as a mainstream art from for communication and expression.

“I was doing really interesting stuff,” Leybovich said. “I traveled to 70 countries in 7 years but then I became an entrepreneur and became boring. I still like to create stuff but I’m not always doing something cool.” 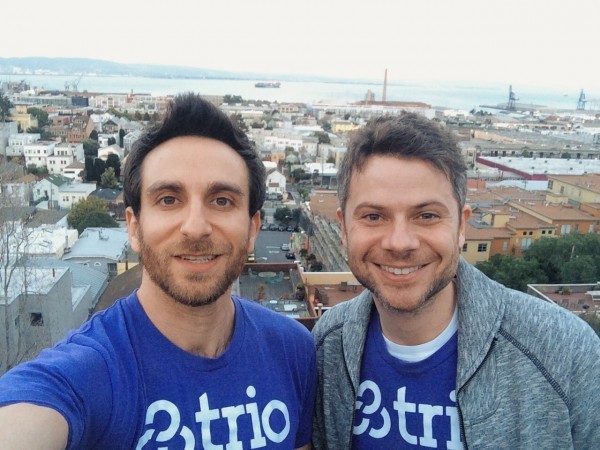 Trio, a product of Meographi Inc., is his answer to that. Trio lets users, which naturally skew young, take assets from Instagram, Vine, Giphy, iTunes and soon more to create something new. Much like Pinterest each asset includes a link to attribution and according to the Trio team could potentially drive traffic and purchases to the original content owners meaning it might be the next big platform for brands as well.

So far Trio has seen people create mashups of friends with famous movie quotes, slideshows of Instagram fashion posts, sports highlights with voiceover commentary and clips of hair styles set to One Direction music. Not necessarily narrative yet, but groupings of things people like in a video format.

“Most of us are not doing baller things all the time, the assets need to come from somewhere to make it easy to show a different kind of creativity, it feeds into that desire to create awesome things from doing awesome things,” Leybovich said.

So, go on show people how fun you are, no trip to Thailand required.