Art Basel’s Twitter handle urges attendees to “use #artbasel when sharing your favorite moments from the show!” In a move not unlike that taken by other organized events, the art fair geared up for its Hong Kong installation (March 15-17) by establishing a significant online identity that will increase the fair’s relevance. Introducing the Internet and all of its users to a world previously relegated to, mostly, art critics, Art Basel effectively makes all things online part of the show.

Does this online/offline dynamic affect the art industry? Is riding the technology wave a necessity to stay current? How is the Internet influencing art?

“The advent of the Internet has certainly shaped the current cultural climate and the art market as a byproduct,” said Lara Saget, Visual Art Curator/Associate at Columbia University’s department of art history. “The Internet has altered circulation and distribution of art, creating a global forum and market.”

On the one hand, the online world has broadened art’s appeal by making it accessible to a wider audience (fans can virtually navigate exhibits, Instagram has become a marketing tool, follow an artist on Twitter and you’ll practically obtain direct access to his thoughts). Simultaneously, technology has expanded the meaning of the word art itself.

“Because of the simplicity, immediacy, and flow of images and information on online platforms, the audience for art has grown and evolved,” said New York City art adviser Karen Hakimi. Whereas, pre-dawn of the Internet, one had to visit galleries, fairs, and set aside a significant chunk of time to get access to even the most basic forms of artistic work, the arrival of online platforms has allowed more people to become art lovers.

The number of art appreciators isn’t the industry’s only shifting aspect. With the ability for everyone to publish work and get immediate feedback, can anyone become an artist in 2015? “Yes,” said Hakimi. “A working, successful artist? Perhaps not. But an artist, a creator? Yes.”

“Playing both artist and dealer can be challenging and may change the [artist’s] motives,” explained Hakimi. “It may stop their producing as they’ll have to focus on sales, marketing, shipping […] but, for some, it may just fuel their passion.” 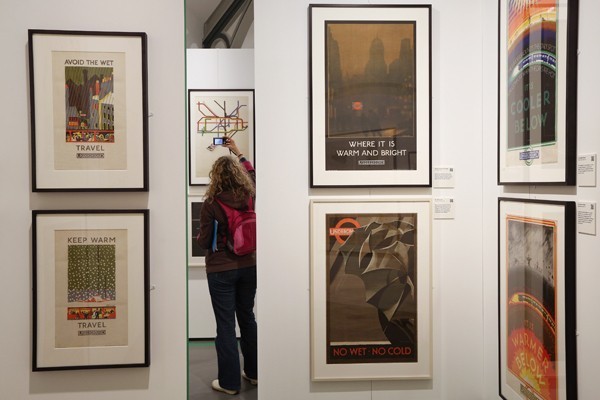 Hakimi was quick to note that, although an artist’s facility to sell his work is significant, the importance of galleries shouldn’t be overlooked. “I don’t think [direct access to purchases via Internet] will be putting dealers out of business any time soon,” she said. The support (both financial and emotional) that galleries provide artists with is indubitable. “[Galleries] create a long term plan for [the artists’] careers, protect their prices, place their work in the hands of people who have deep respect for [it] and serve as an endorsement,” she noted.

Exclusivity, once an indicator of a work’s value, has become harder to obtain. As art is, literally, everywhere (“Nowadays, it is nearly if not impossible to view anything in isolation,” said Saget), it would follow that its value would decrease. Surprisingly, the outcome of overexposure might actually be different. “Since a work might be seen by many at once,” said Hakimi, “it creates a sense of urgency” as buyers feel the need to purchase it more quickly than ever before.

That sense of urgency might have been the catalyst behind actor Leonardo DiCaprio’s recent buy. According to The Creators Project, the avid art collector purchased “Nachlass,” by Jean-Pierre Roy, after seeing it on Instagram. “This is indeed a strong trend I’m seeing,” said Hakimi regarding online-based purchases. “[Collectors] do their research, so when they do come across a work that excites and captures their interest, they are able to make an informed decision.” But, maybe not so surprisingly, the Internet’s influence has not yet permeated all aspects of the actor’s purchase as we have yet to see him upload a #recentbuy photo of the work to his own Twitter account.